Get your Halloween decorating on with this easy to make DIY Halloween Yarn Pumpkin. You only need a few simple supplies! 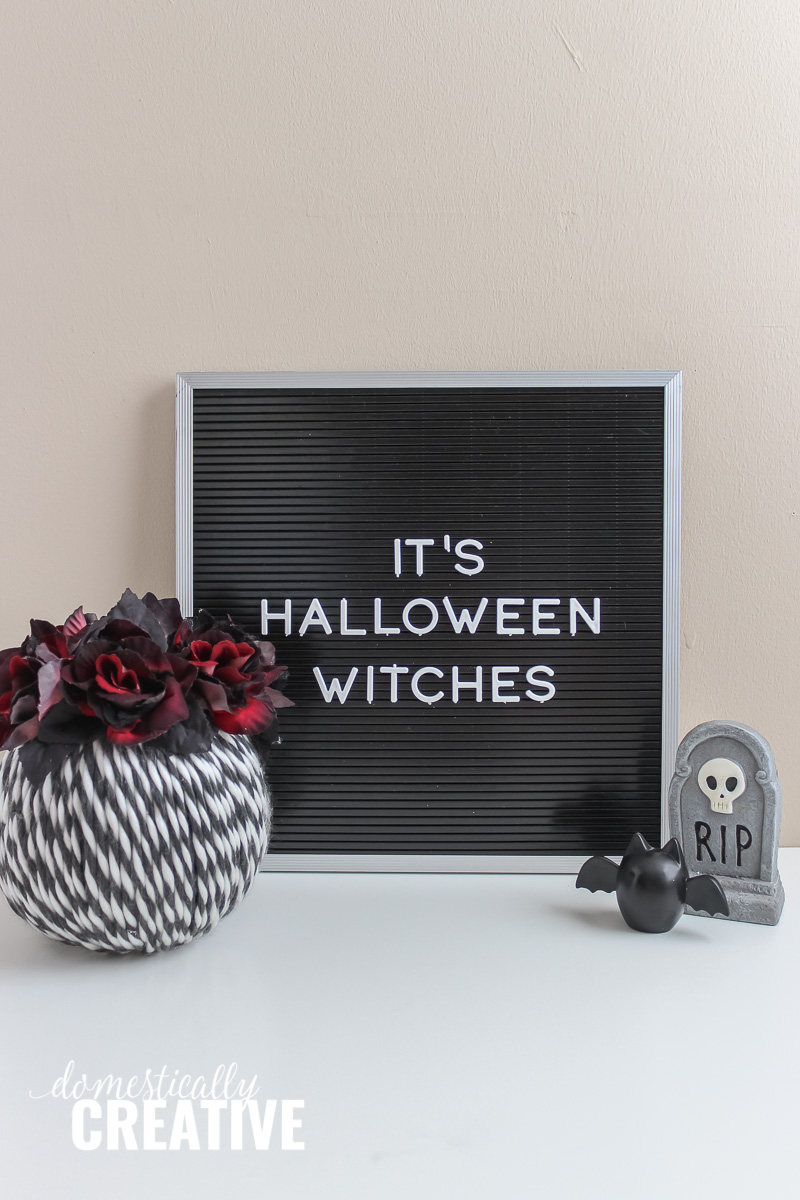 Would you believe that I’ve had the idea to make a yarn pumpkin for the last few years, I’ve just never actually found the time to do it? This year I was determined to make this idea a reality, and have had it on my editorial calendar for months. Yes, months. All I needed was to wait for the craft stores to put out their Fall pumpkins.

Originally, I was going to keep this Halloween yarn pumpkin as just a Fall pumpkin. Then I saw these black and burgandy rose florals in the Halloween section at Michael’s and immediately decided to go the Halloween inspired route. I don’t generally decorate for Halloween, but I just couldn’t resist with this project. 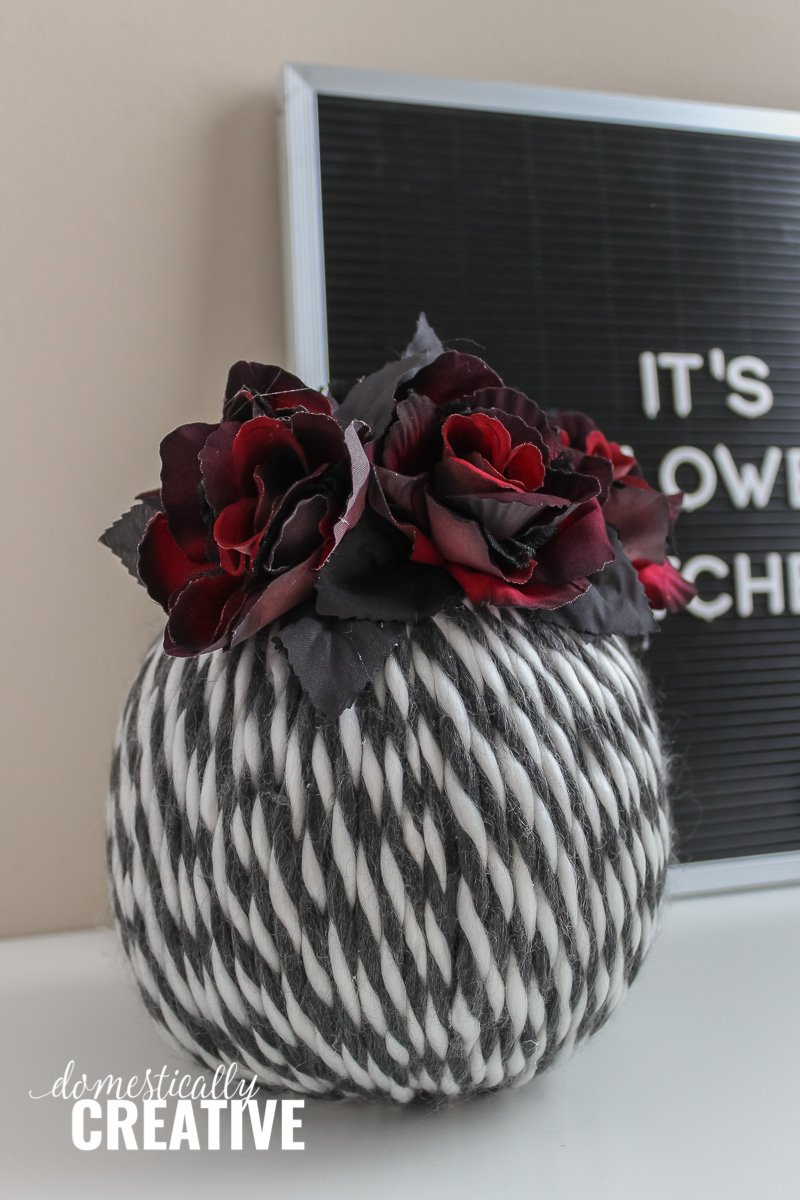 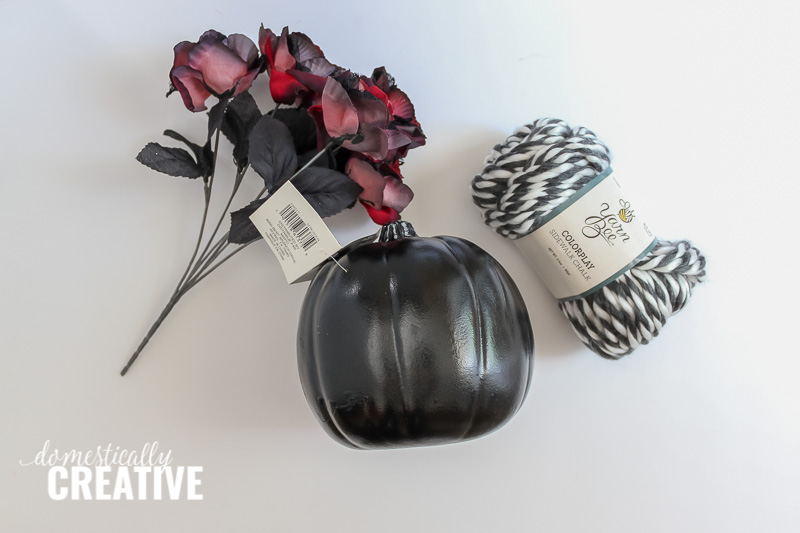 This project doesn’t take a lot of supplies, but it does take a little bit of patience!

The first step is to start covering the craft pumpkin in yarn. Be sure to use a larger diameter yarn to make covering the pumpkin easier and quicker.

Start by putting a small amount of hot glue at the top of the pumpkin right up against the stem, in one of the natural “creases” of the pumpkin. Press the end of the yarn into the glue to secure it. This is where those finger caps come in handy so you don’t burn your fingers! 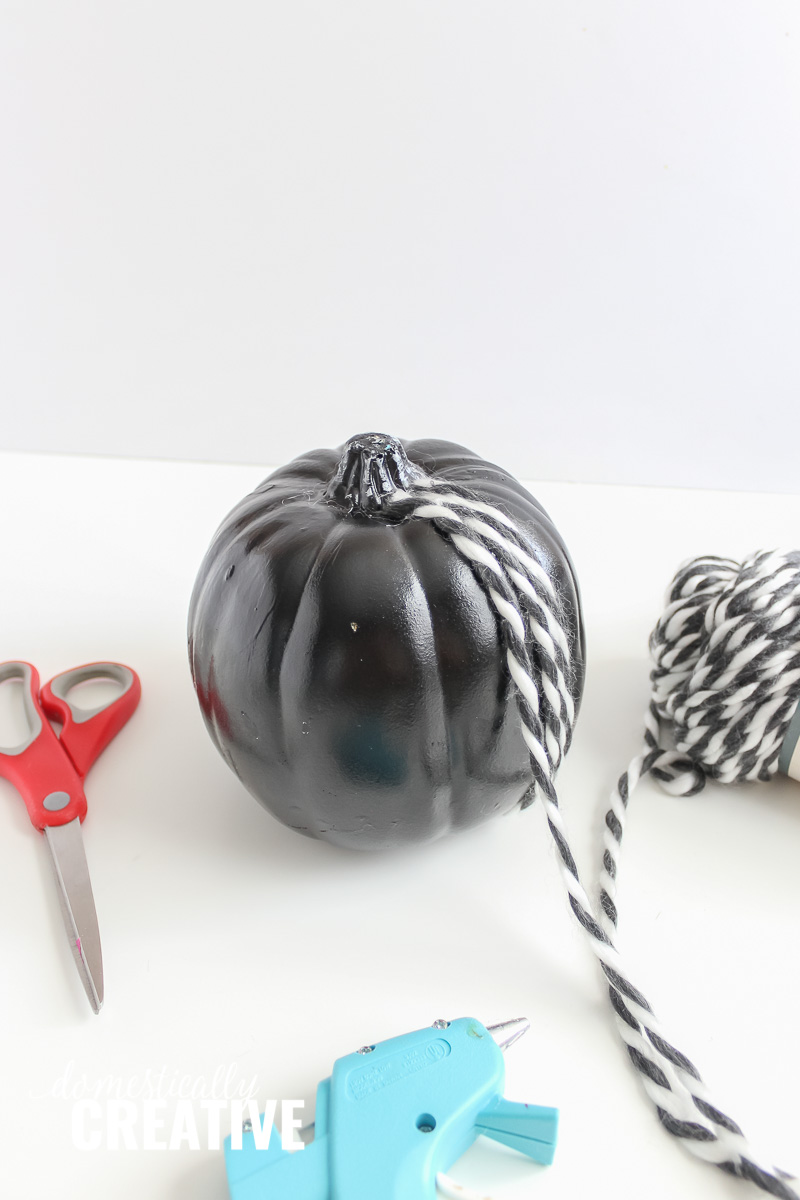 Pull the yarn down over the pumpkin, tight but not super tight, to the bottom. Place a drop of glue on the bottom and press the yarn into it. Cut the end of the yarn. 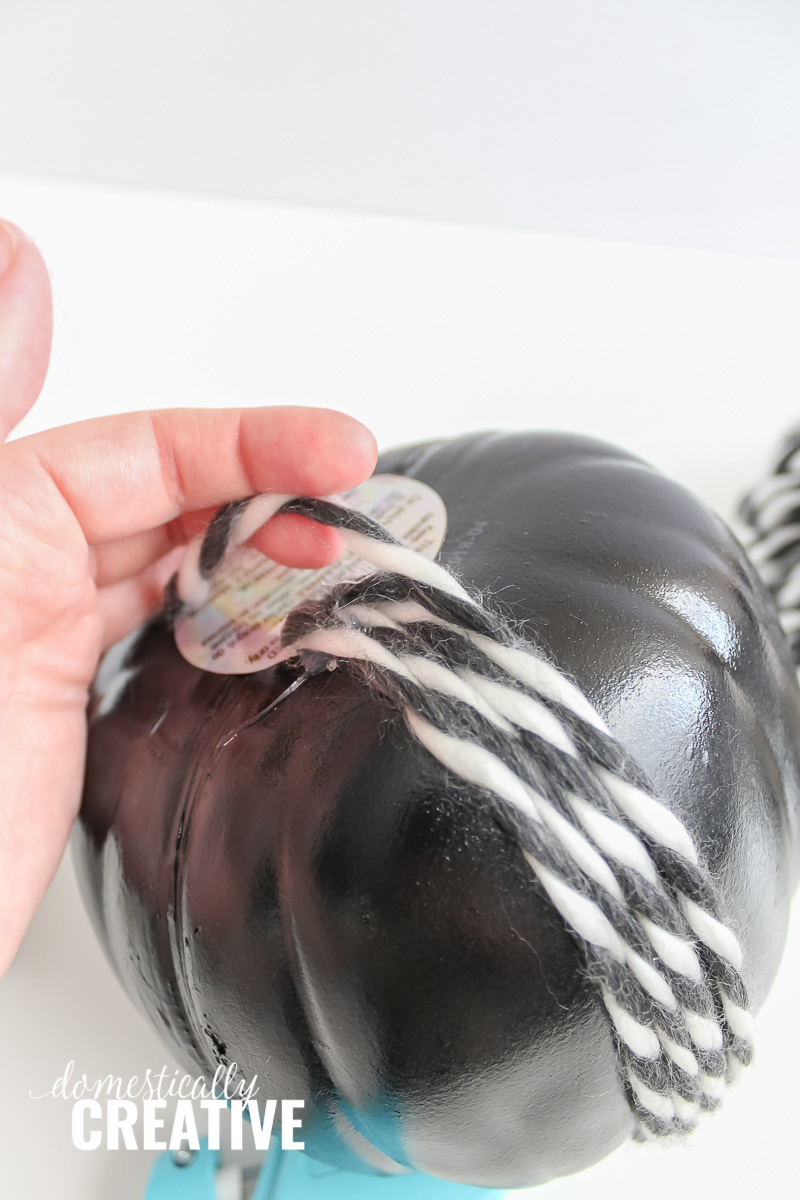 Repeat these steps until the pumpkin is completely covered!

To avoid letting the yarn look bulky around the stem of the pumpkin, here is the best method to placing the yarn. Work in sections, and start with placing yarn in the creases of the pumpkin. 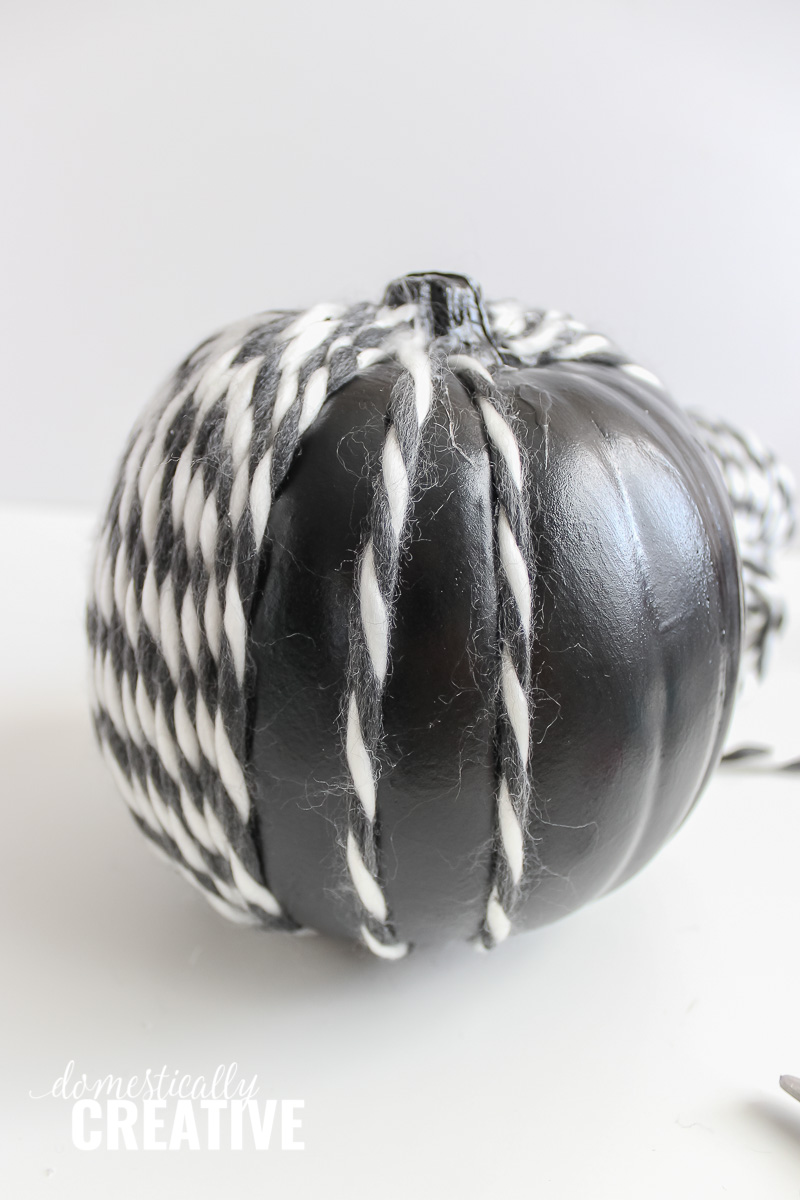 Then go back and fill in with more yarn, tucking ends of the new pieces in under the first ones. This will hide the ends while also not allowing a ton of bulk up towards the stem of the pumpkin. Do the same thing at the bottom to avoid the pumpkin from sitting lopsided. 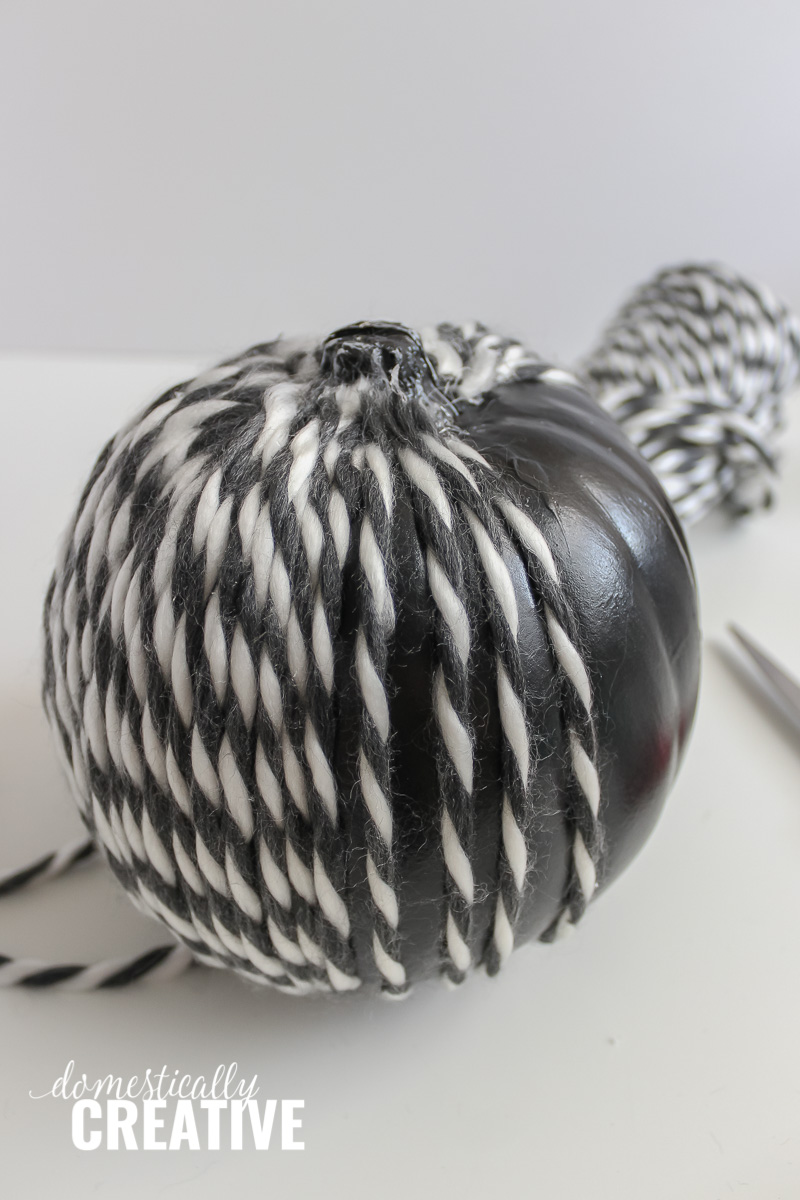 Once the entire pumpkin is covered in yarn, cut the stems off of the Halloween flowers using wire cutters. 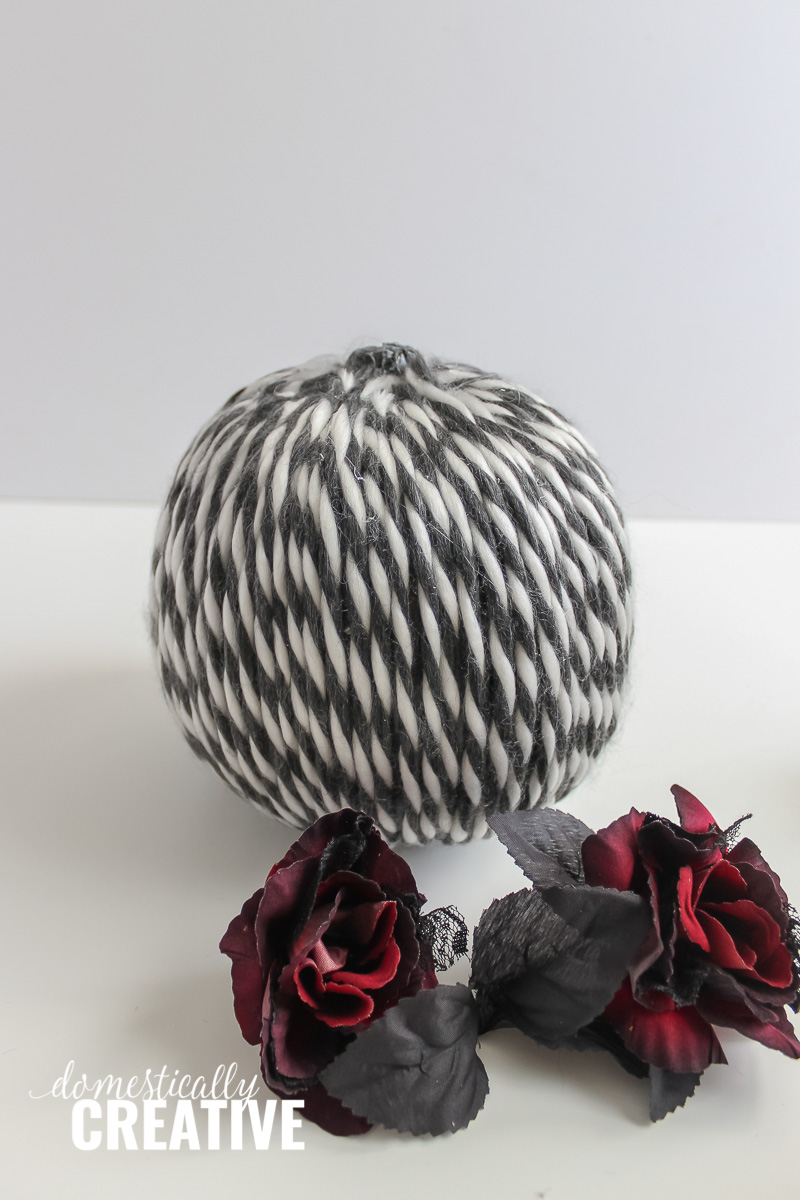 Glue the florals in place around the stem of the pumpkin. Be sure to fluff up the flowers before and after gluing them into place. 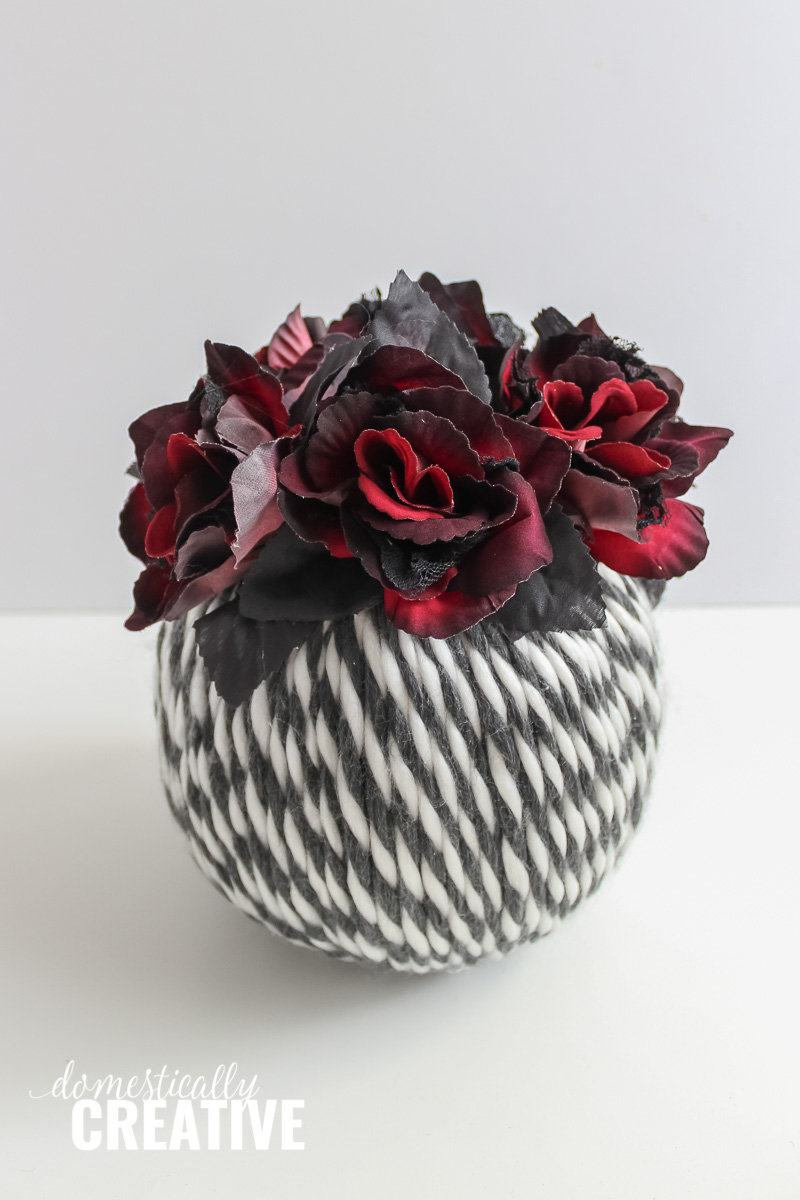 You could also glue the flowers down the sides, or haphazardly around the yarn pumpkin. Either way it’s sure to look amazing! 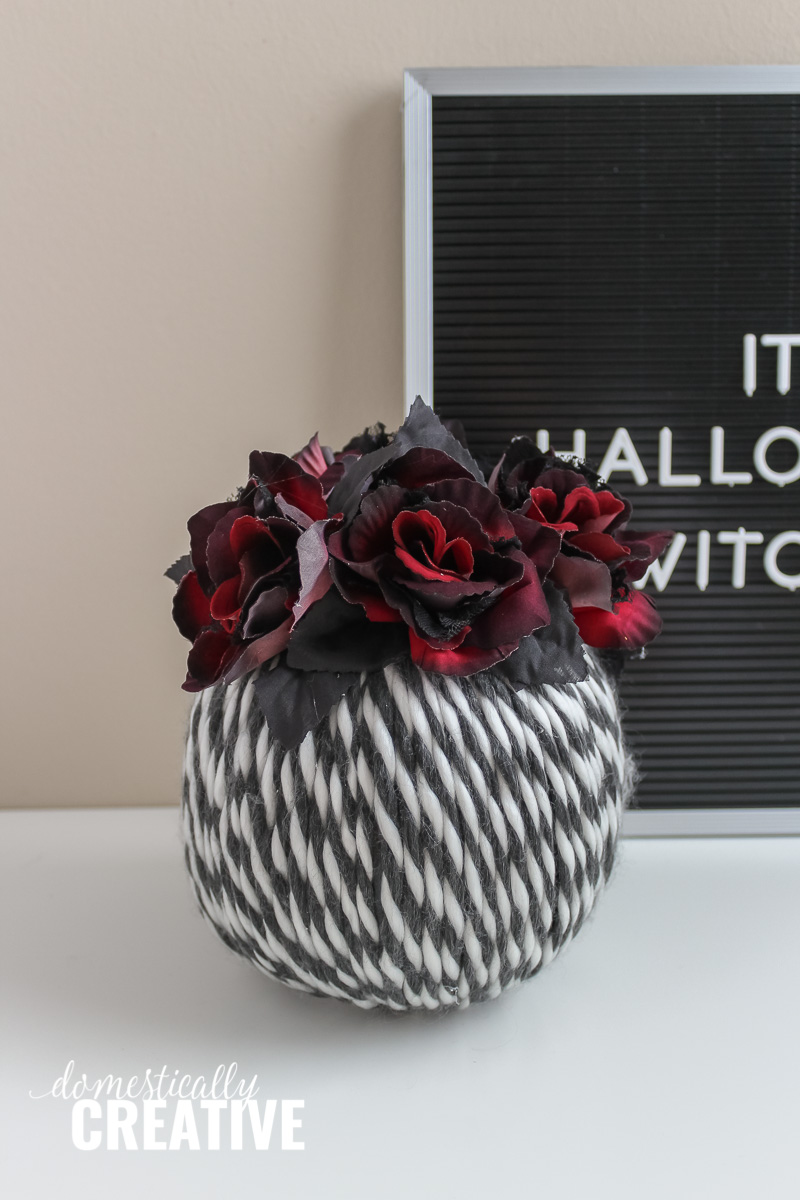 I think I may make a few more of these both Fall and Halloween! There were some pretty purple and black roses at Michael’s as well!

How are you decorating for Halloween? 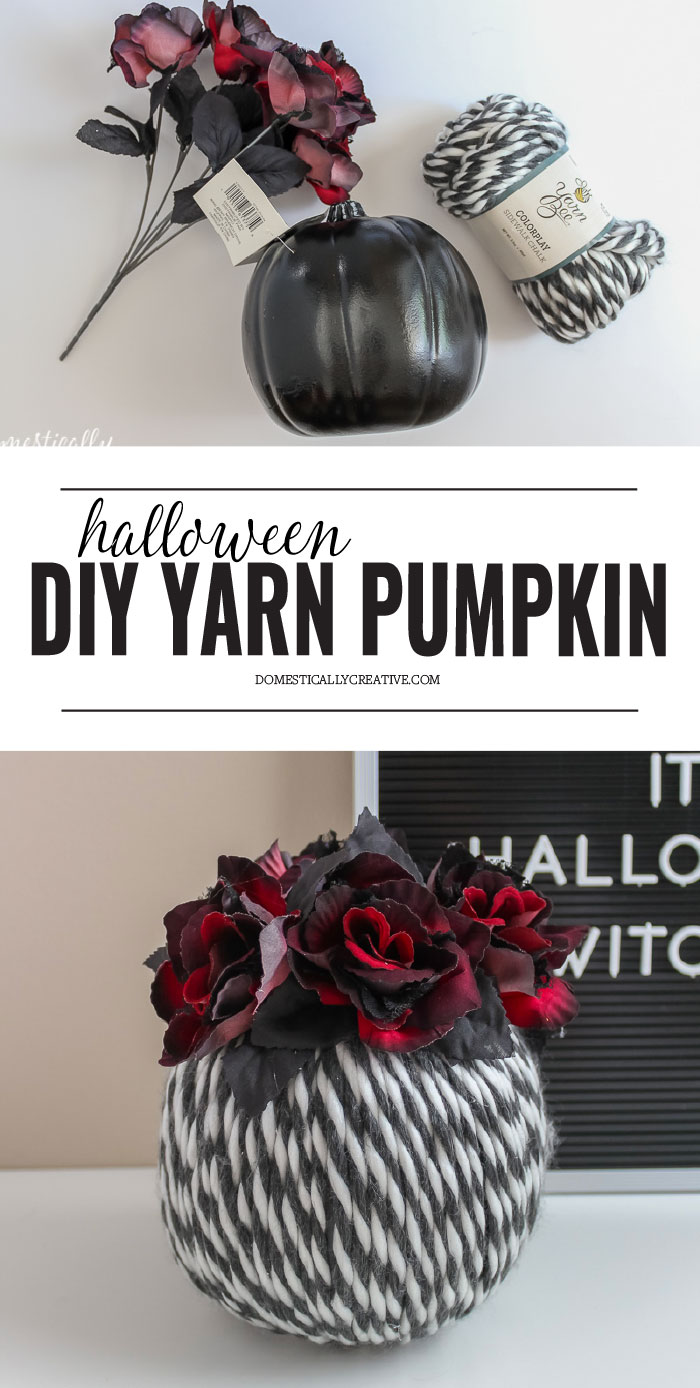 One photo may be used to feature a project or recipe from Domestically Creative, as long as clear and specific credit is given and a link back to the original content is provided. Photos used on this site are subject to copyright laws. Republishing recipes, tutorials or any blog posts is prohibited unless express written consent is given.
This site uses cookies to enhance your user experience. By continuing to visit this site, you agree to our use of cookies.
347shares