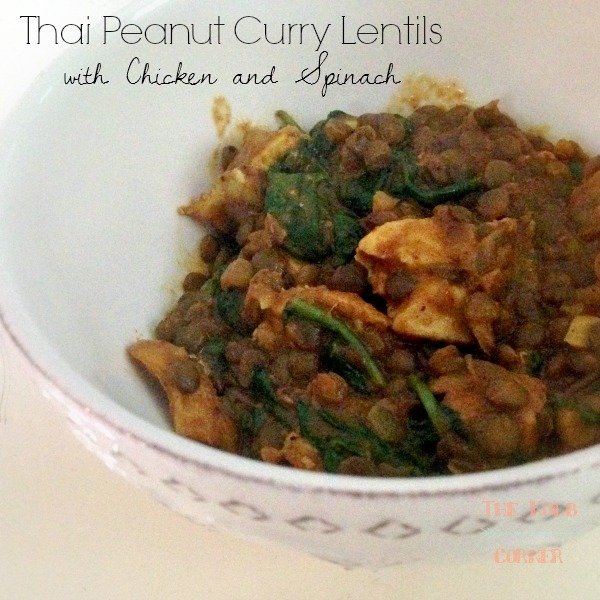 Woo Hoo!  I am finally resurecting the “I Made it from Pinterest” series.  Remember waaaaay back when I started this?  And then last week when I told you I was planning a comeback?  I didn’t lie!  I was just a little slow to the game.  I’ve been seriously lacking motivation lately.  Last weekend I was all gung-ho  about the posts I have planned.  I sat down with my planner and mapped out a WHOLE MONTH worth of goodies.  Then I got off track  on my day off because hubby and I spent the majority of the day driving around and visiting some farmer’s markets.  Then when we got back, I crashed, and woke up with a massive headache.  That headache had been hanging on too until this afternoon.  So, I’m finally sitting down to catch up.

First up is this awesome recipe I made last weekend.  Both of us were getting sick of the same ol’ food.  I was craving some curry–like BAD.  Instead of using my go to Yellow Curry recipe, I thought I might look for something a little different.  I had some brown lentils that needed to be cooked, so that’s where my starting point came in.

Here’s the recipe I used:

Thai Peanut Curry Lentils with Spinach via The Nifty Cupcake

She also has some other pretty amazing looking recipes that I can’t wait to try!

I followed the recipe pretty closely.  The only substitution I made was trading the sugar for 1 tsp of Agave, and I added in some cubed chicken.  I just cooked the chicken with the onion in the beginning, but you could also use already cooked chicken and add it in before the spinach.  Also, if you don’t like a lot of heat to your curry, I do suggest cutting back on your yellow curry paste.  It was just a teensy bit hot for me, and I like a little bite.  Of course, my husband drowned his in hot sauce–I swear that man has to have burned off his taste buds by now… 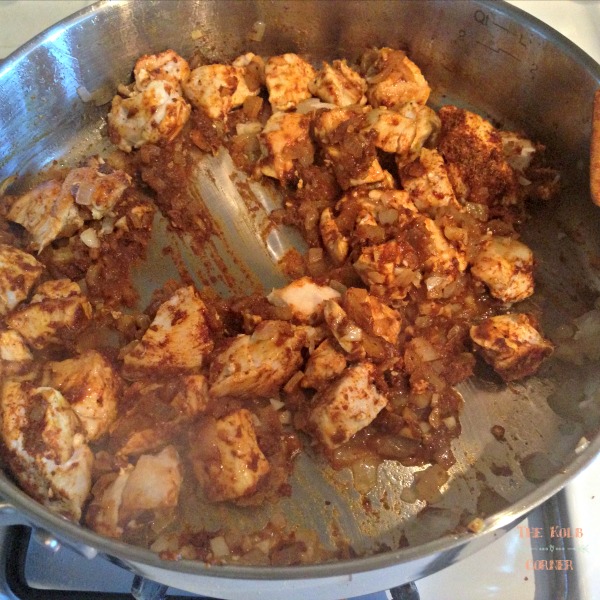 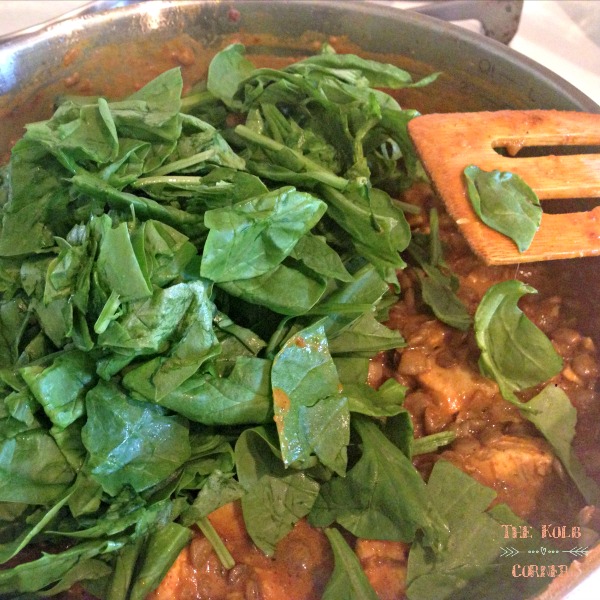 But then that pretty little spinach wilts, and you end up with something that looks like a blob of goo, but tastes like heaven! 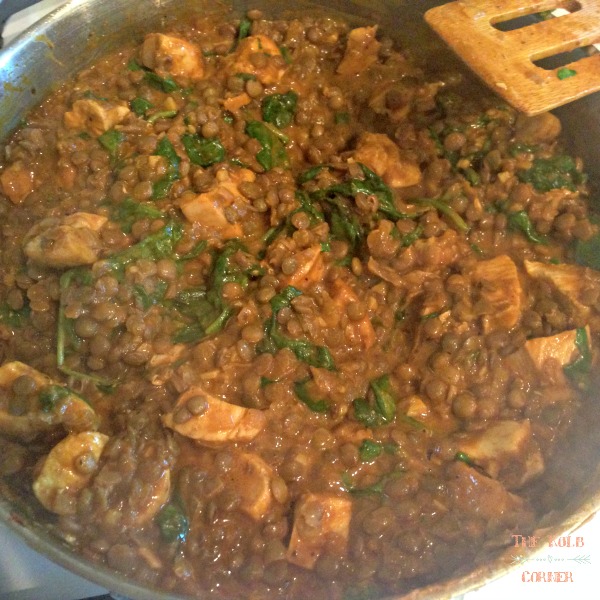 Ok, I am going to admit something to ya’ll.  I have NEVER, EVER cooked lentils before (don’t judge).  However, my husband has made them several times.  It’s so easy!  If you can make rice, or better yet, quinoa or cous cous, you can definitely cook lentils.  Best part is they are so filling!

Go forth my friends and embrace the lentil!  Don’t be scared.

This looks amazing, Amanda. I love curry! Thanks for sharing this with us at the Teach Me Tuesday Linky Party:)

Looks so good! Pinned. We appre­ci­ate you being a part of our party. I hope to see you tonight at 7 pm. We love to party with you! Happy Mon­day! Lou Lou Girls

Thanks for the pin!

Amanda, this looks soooo good - albeit like a glob of goo! LOL!!! It's true, most lentil dishes end up looking pretty bad, but they taste awesome! :) Julia

Yea, they just have that way of breaking down and looking like slop--but man they taste great!

Hi Amanda, This looks amazing and easy! I think we all need more time and motivation to cook what we pin. Thanks for Sharing this one!

Thanks Bill! It was pretty tasty AND easy!