We love this Mexican chorizo breakfast skillet that is both low carb and keto friendly. In fact, it’s so good and filling that we actually eat it for dinner twice a month! You can add as many or as little vegetables to the dish to customize to your family’s tastes, and even throw in some potatoes if you aren’t looking for a low carb breakfast skillet option. 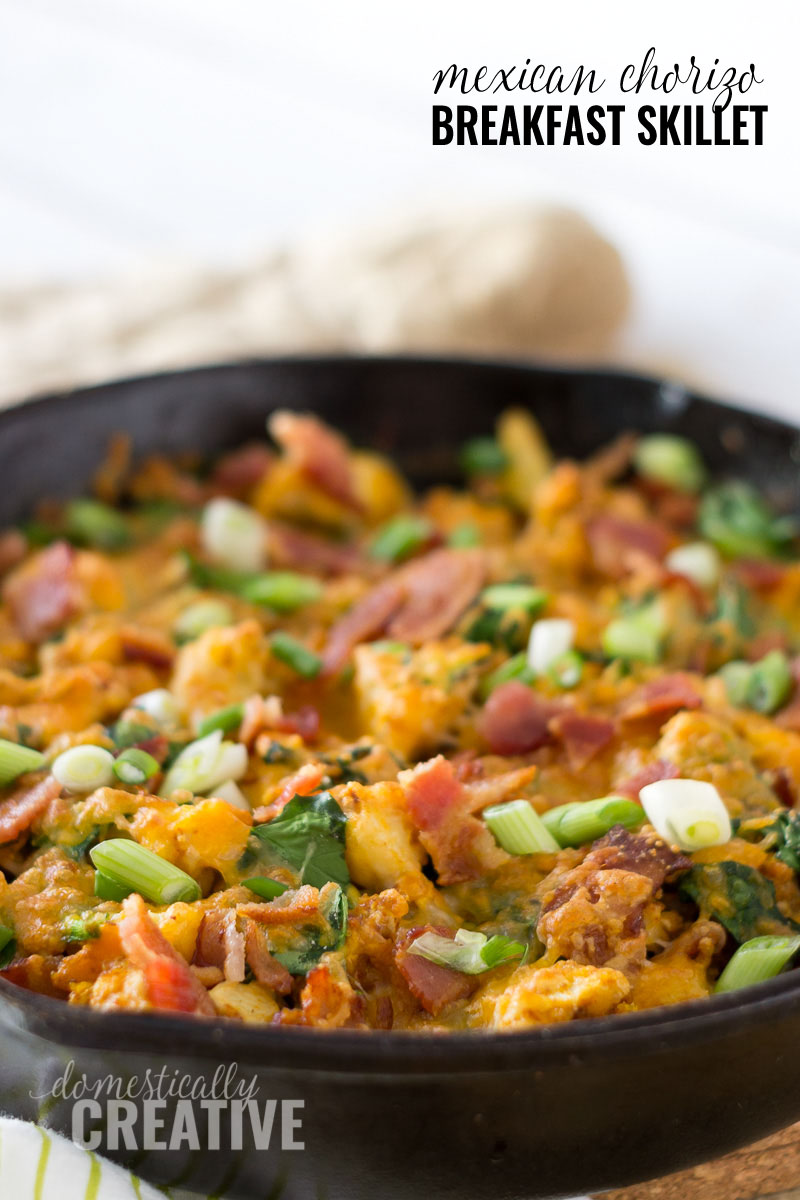 One thing I miss about living in Texas are having tons of breakfast taco options everywhere you look. The clinic I worked at would actually make a taco run every morning to the place right across the street! My favorite breakfast taco was Egg and Chorizo with the spicy green salsa and sour cream. Just thinking about them has my mouth watering! 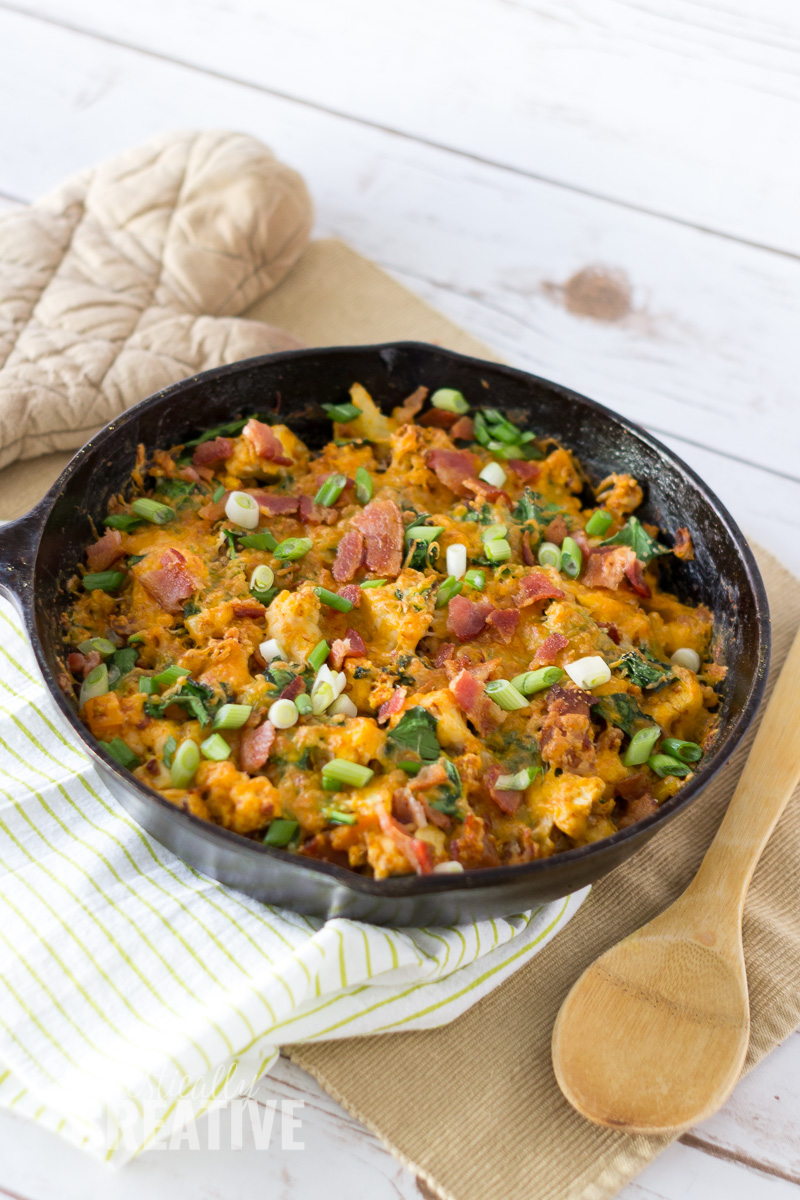 The first time I ever even tried Chorizo was a night my husband cooked dinner for us. We needed groceries and didn’t have a ton of things to work with. We happened to have some eggs and Chorizo so he went to work creating a very unappealing dish, but since he had worked so hard with so little I decided to try it. I’ve been hooked on Chorizo ever since! If you’ve never had Chorizo you are definitely missing out! 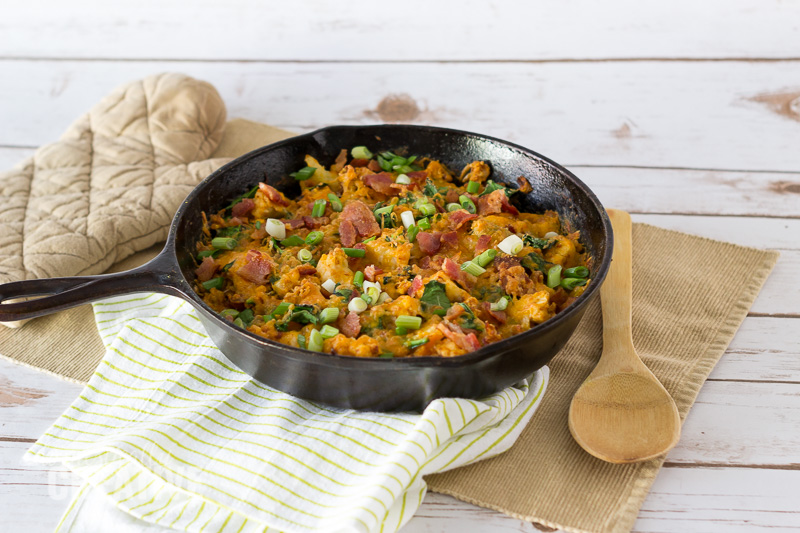 Of course, we can’t exactly eat our fill of breakfast tacos since we have been on the Ketogenic diet. Not that Missouri is exactly known for it’s breakfast tacos anyway. But what we can do is eat our fill of our favorite Mexican Chorizo breakfast skillet. We eat this about every other week for dinner actually. Even though it is definitely something you could serve your family for breakfast! 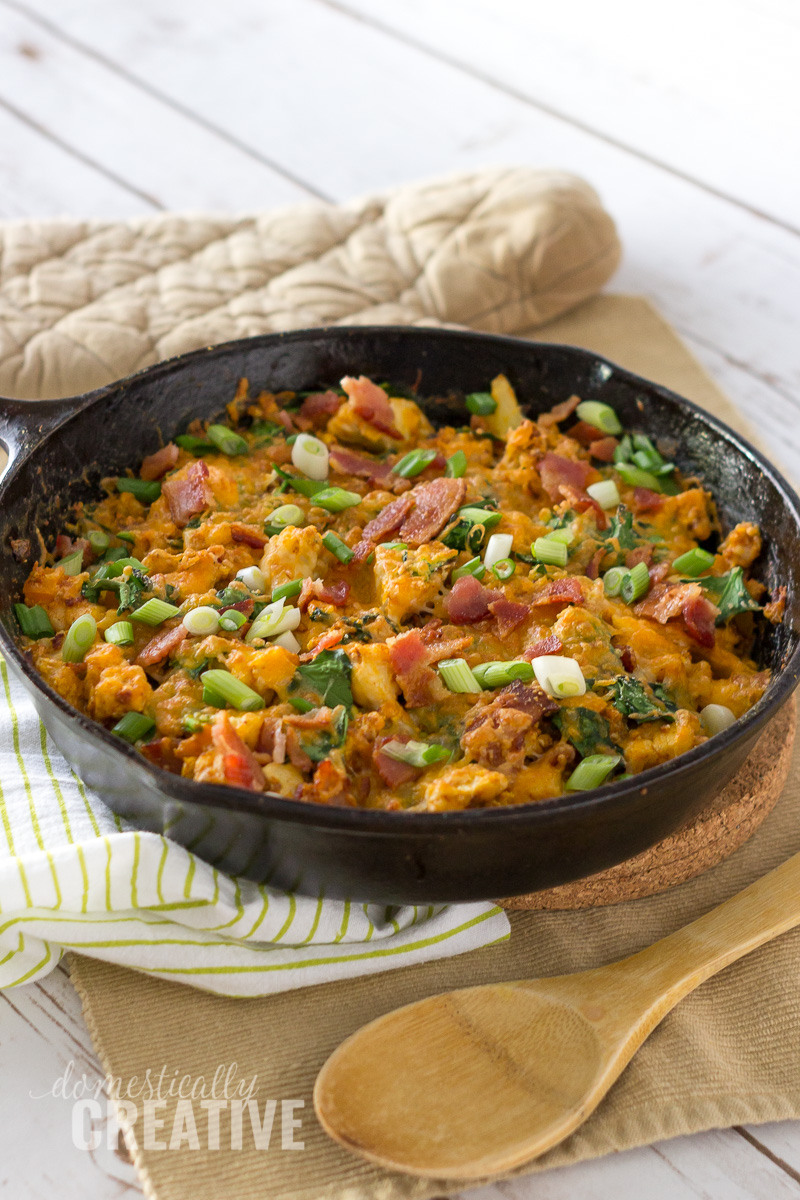 So this low carb breakfast skillet is a different take on your traditional skillets. Generally speaking they are pretty loaded down with potatoes, and if you know anything about the ketogenic diet or carbs, you know that potatoes are super carb heavy. Well that’s a no no for us! So instead of loading up this Mexican chorizo breakfast skillet with potatoes, I load it up with other vegetables like onions, peppers, mushrooms, spinach and, you guessed it, cauliflower. Because if a recipe calls for potato just substitute with cauliflower right? 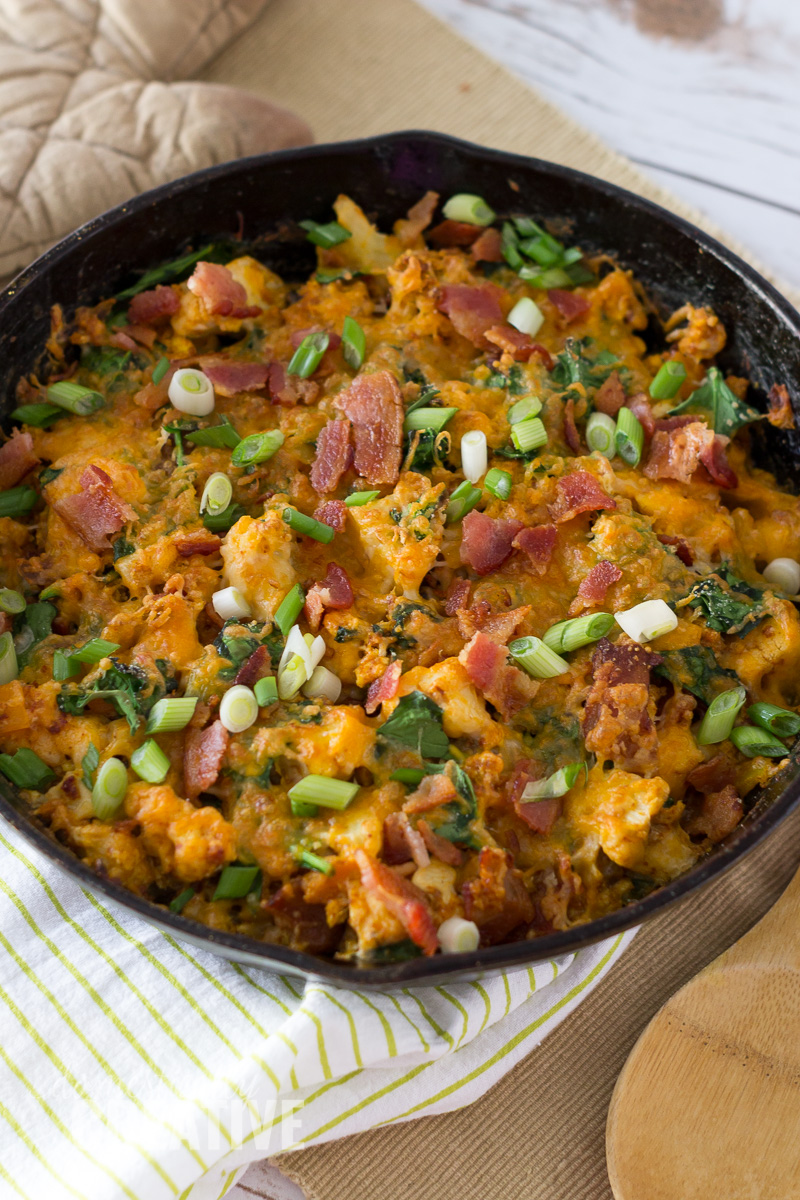 I also like to mix in some bacon in our breakfast skillet, but you could leave that out. Of course in the keto world everything is better with bacon! 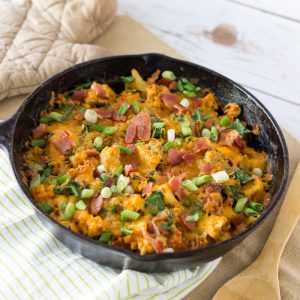 We love this Mexican chorizo breakfast skillet that is both low carb and keto friendly. In fact, it's so good and filling that we actually eat it for dinner twice a month! You can add as many or as little vegetables to the dish to customize to your family's tastes, and event throw in some potatoes if you aren't looking for a low carb breakfast skillet option.
Print Rate
Course: Breakfast
Cuisine: keto, low carb, skillet
Prep Time: 5 minutes
Cook Time: 25 minutes
Total Time: 30 minutes
Servings: 4

Love this? Pin it!

One photo may be used to feature a project or recipe from Domestically Creative, as long as clear and specific credit is given and a link back to the original content is provided. Photos used on this site are subject to copyright laws. Republishing recipes, tutorials or any blog posts is prohibited unless express written consent is given.
This site uses cookies to enhance your user experience. By continuing to visit this site, you agree to our use of cookies.
743shares