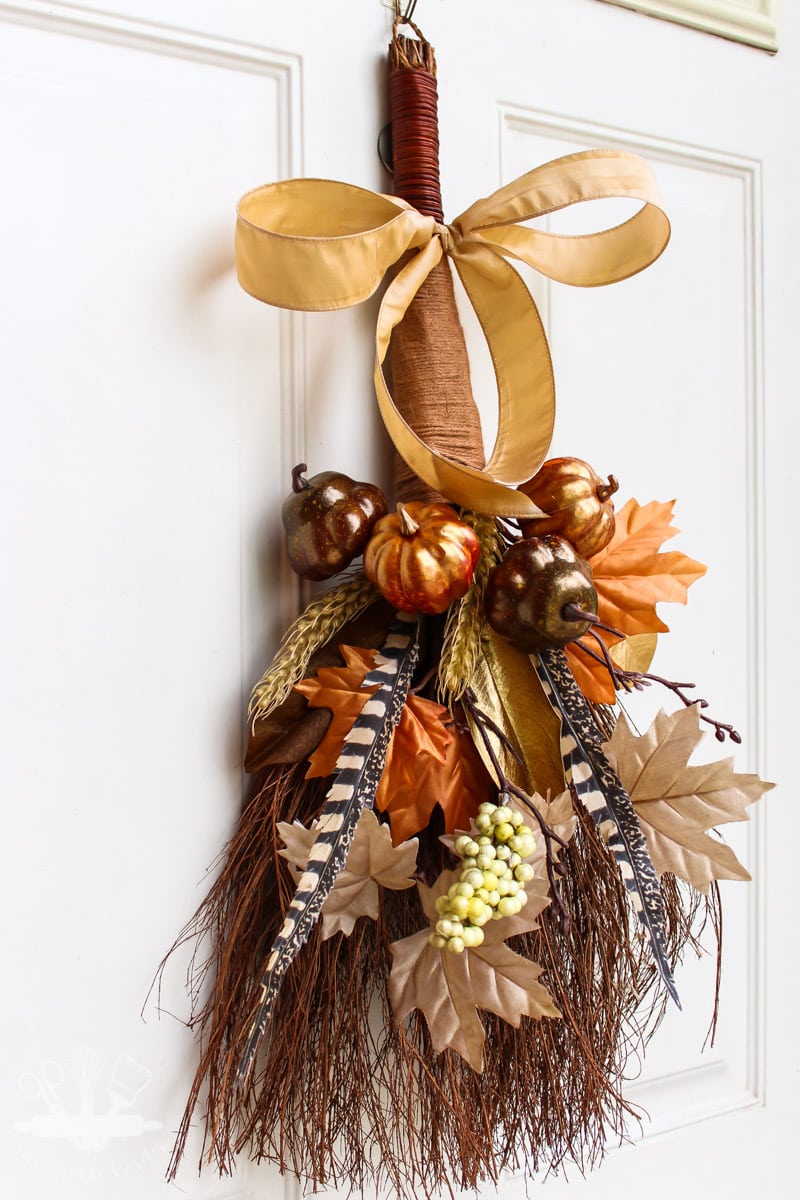 It’s time for another Thrift Store Upcycle Challenge!! I’ve paired up with an amazing group of talented ladies to bring you a monthly thrift store challenge. Each month we will create a new home decor piece from an item(s) we’ve found at a thrift store, yard sale, resale shop etc. There is no budget or specific theme so we are free to let our creativity run wild! 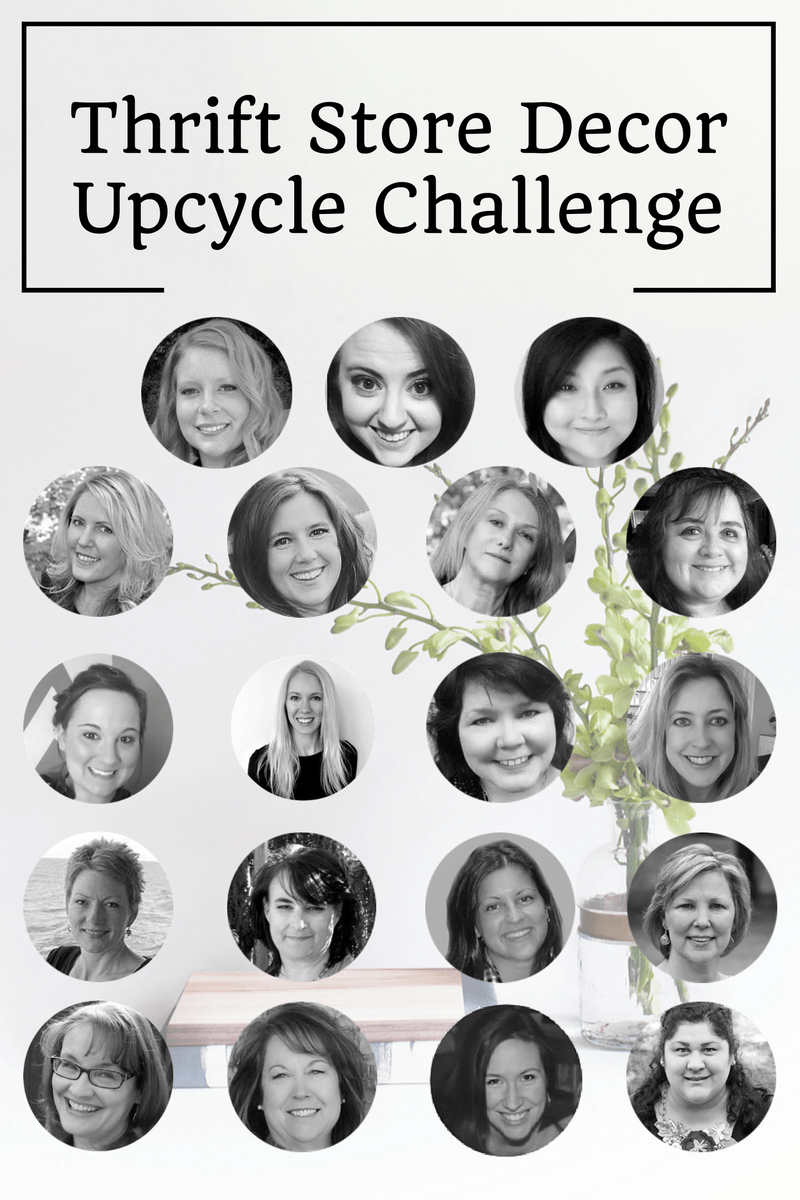 Do you know what a cinnamon broom is? Up until a few days ago, I had never heard of one but I have seen plenty around. I always thought they were just twig brooms that people used to decorate for Fall with. After looking around at Pinterest and google I realized that they are called cinnamon brooms because most of them are scented like–you guessed it–cinnamon

I stumbled across one that was already decorated for Fall at my local thrift store a few weeks ago. I snatched it up for only $1.50! While it doesn’t really have much of a cinnamon scent left to it, it is still pretty in my eyes. I gave it a facelift with some new Fall floral picks that I found at Michael’s for 60% off. Seriously this is the best $7.50 I’ve spent on a wreath. I love the way it turned out and the metallics look great with the rest of my Fall front porch. 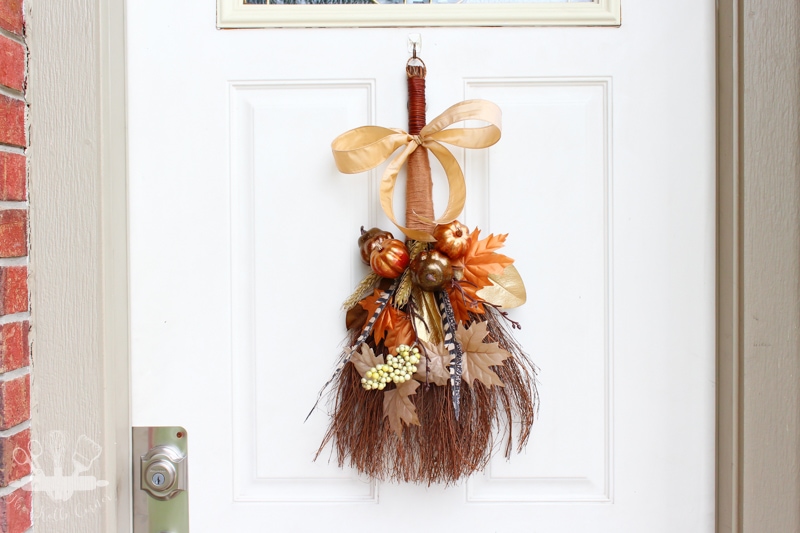 How to Make a Rustic Fall Cinnamon Broom Wreath

Since my cinnamon broom came pre-decorated, I had to remove the old florals from it. It even included a sad little bird. And let me just tell you that all those leaves were hot glued onto the cinnamon broom and were not the easiest things to get off. I guess after years and years of the glue being hardened in place, it gets a little stubborn. 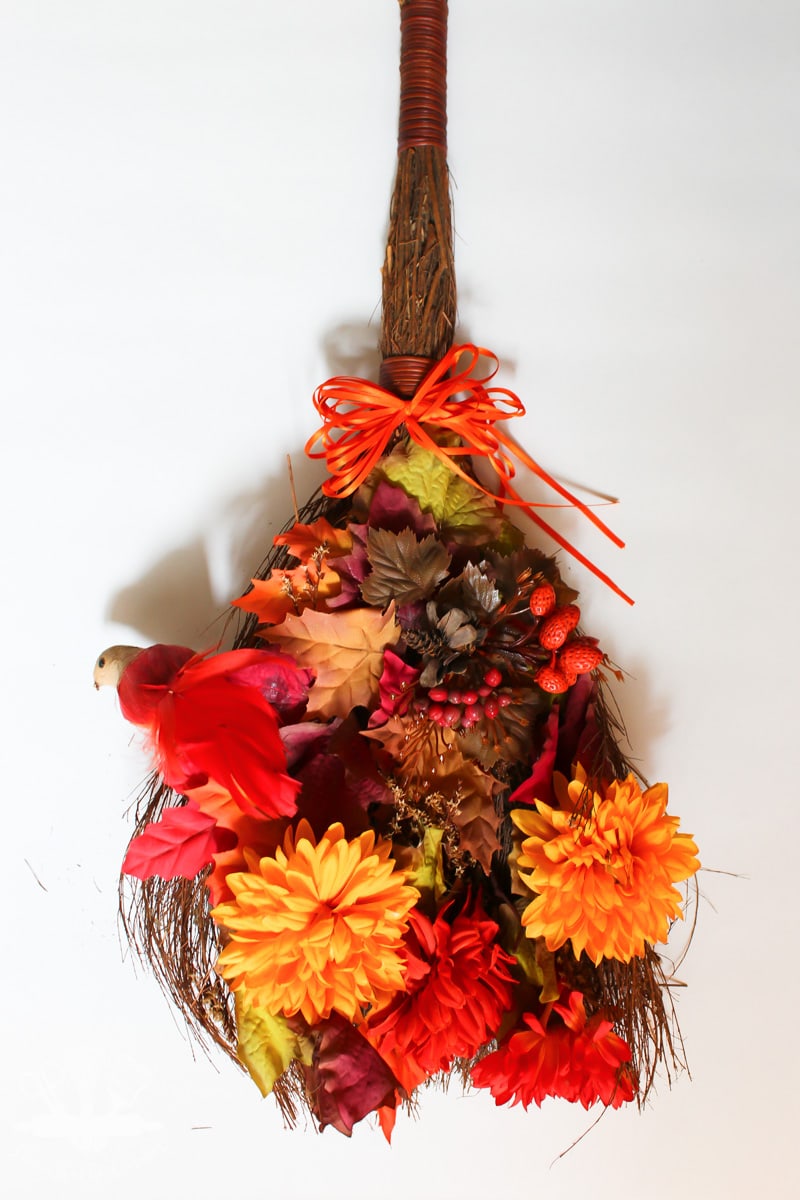 After I had removed the old Fall florals from the cinnamon broom, I carefully and gently fluffed it to make it look fuller. 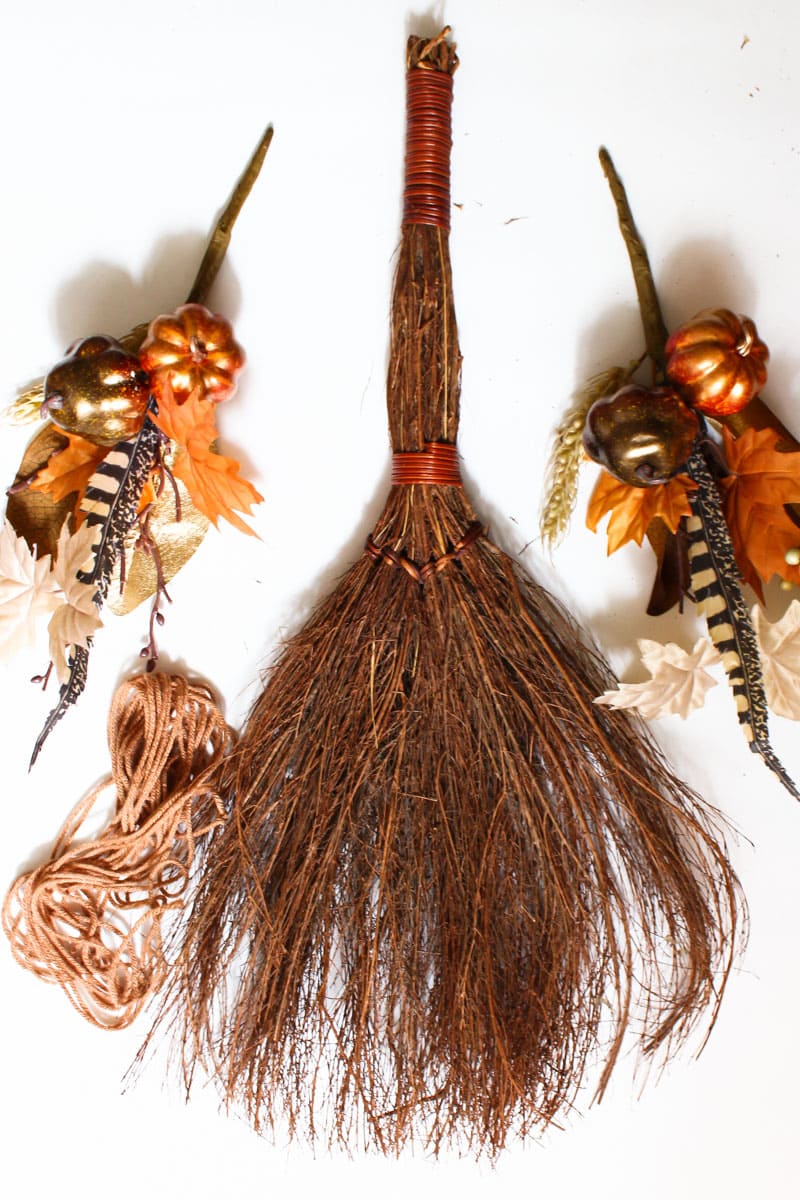 Next I arranged my Fall floral picks and secured them in place by tying a piece of yarn around the stems. 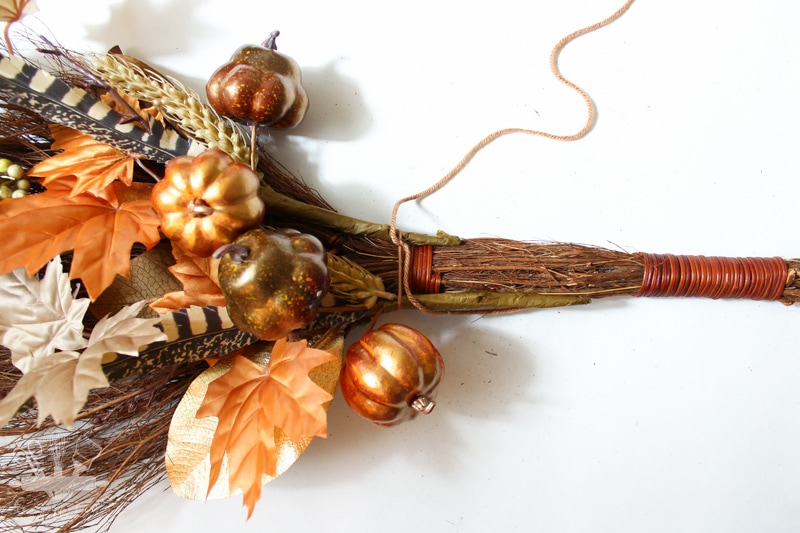 Once the Fall floral picks were secured, I wrapped more yarn around the stems starting at the top and working my way to the bottom. This part was a little time consuming, but really easy. Once I had the portion of the cinnamon broom covered, I tied off the end of the yarn and tucked it in on the back of the broom. 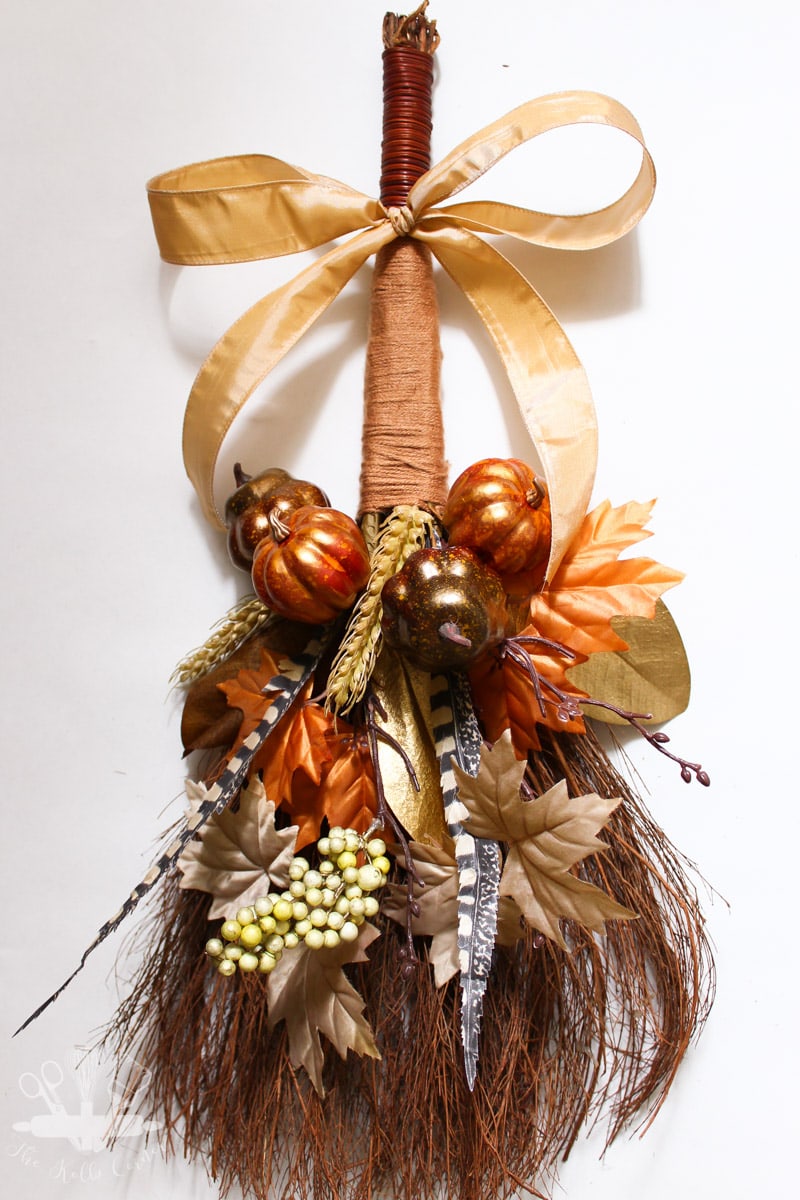 For the finishing touch, I tied a simple bow in a gold wired ribbon. I chose gold because it went along with the metallic tones in the Fall floral picks I used. I think it compliments it well!

And here it is with the rest of my Fall front porch decor. 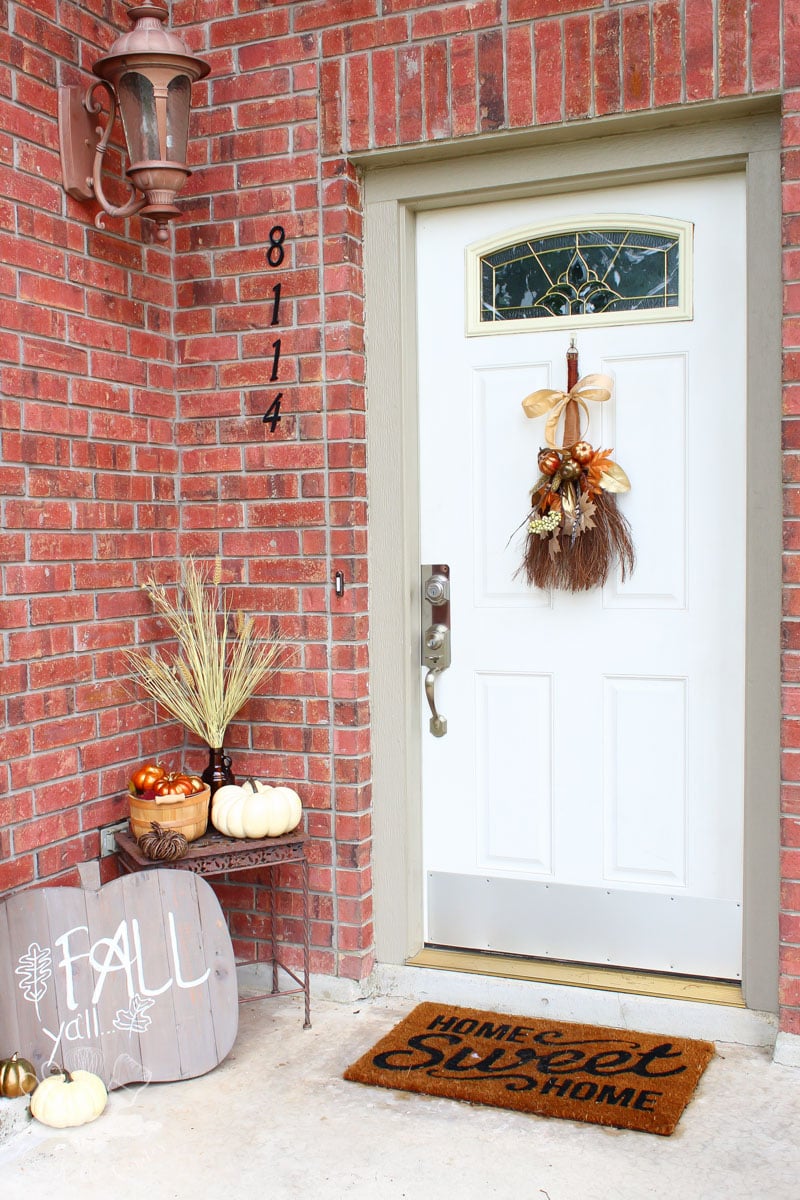 I still love that wooden pumpkin sign from last year. I think I need to make a few more 😉 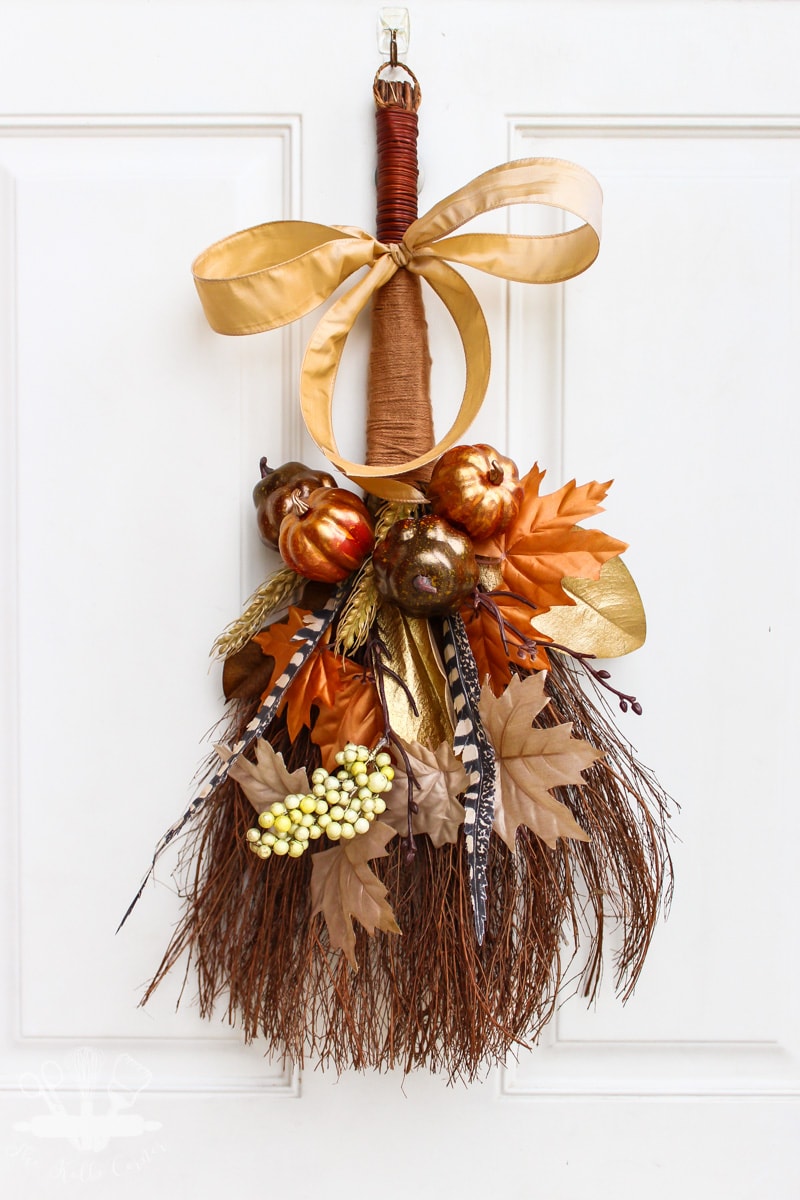 Love it? Pin it for later! 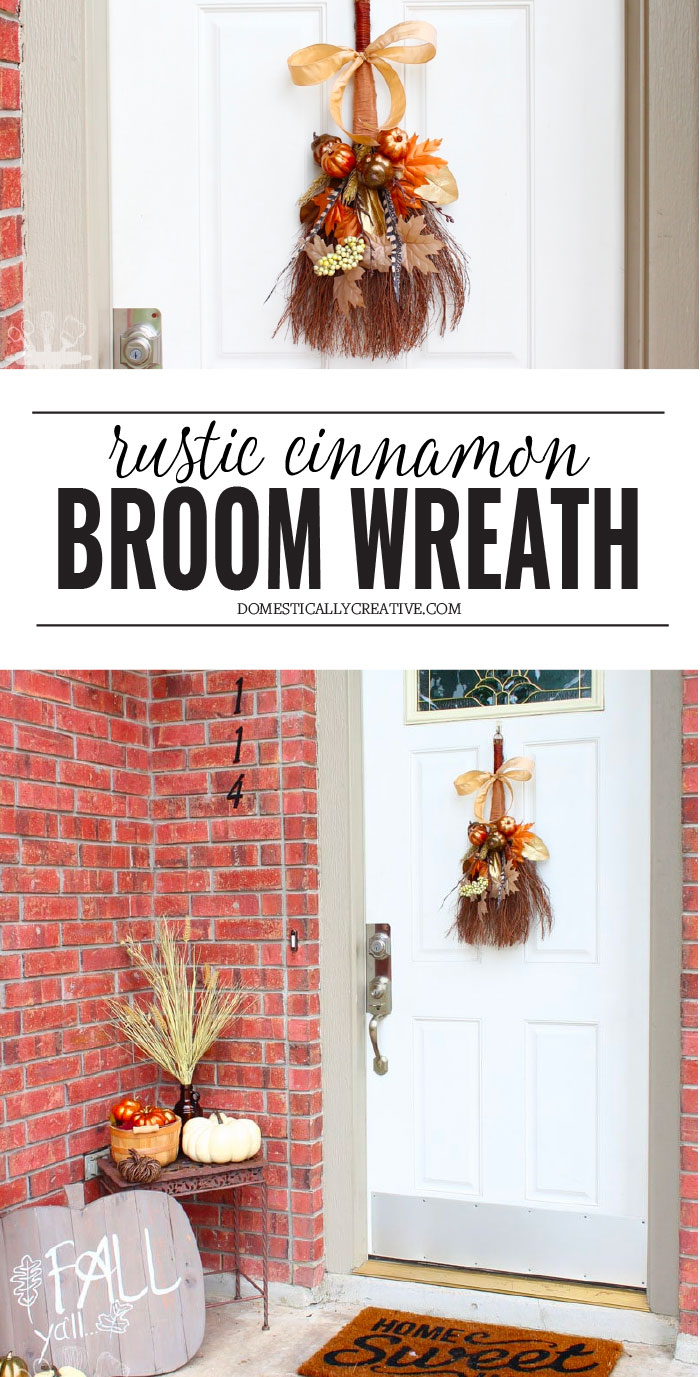 Be sure to check out all of the other creative upcycle projects my fellow bloggers have come up with! 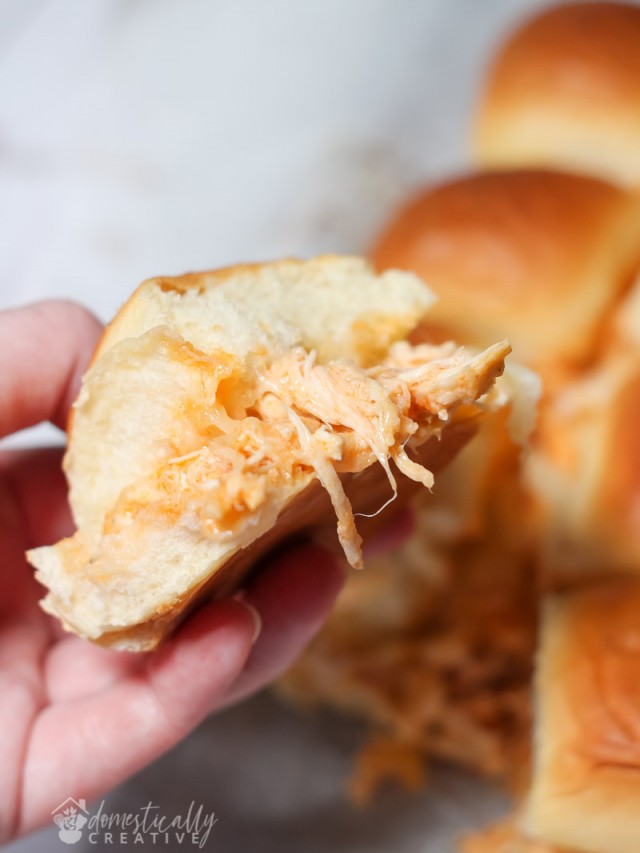