A recipe for creamy, slightly spicy, slow cooker spinach queso dip that will quickly become a staple for any gathering or any game day spread.

My husband and I are creatures of habit.

Case in point. When we used to go out to dinner, we would choose between 4 different places in San Antonio. SAN ANTONIO. Do you know how many places there are to eat in San Antonio? So. many. places. Yet we stuck to 4. We had Zio’s for Italian, Chuy’s for mexican, Thai Spice for Thai and 54th Street Grill for American. 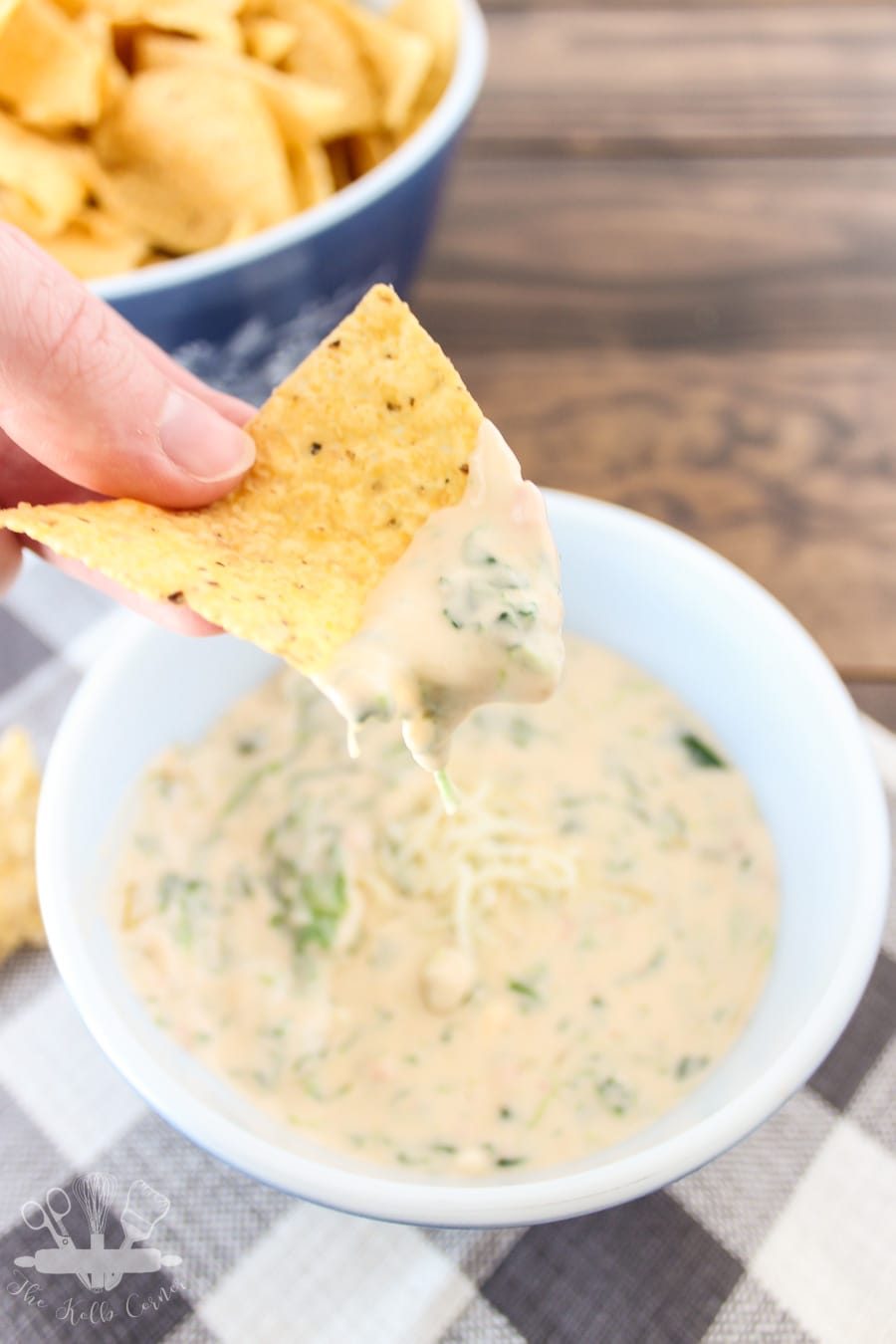 So many times we would see a place that sounded good and would say “next time we should try that place”. Yea, we NEVER did. And now that we’ve moved, we never will.

Luckily for our habit forming selves, 54th Street Grill is in our new city too. Their secret for keeping us coming back? Gringo dip. The gringo dip is AMAZING and so addictive. It’s a 4 cheese queso blended with spinach and pico de gallo and before you even ask, yes it is as good as it sounds. Let’s be honest; it’s even better than it sounds. 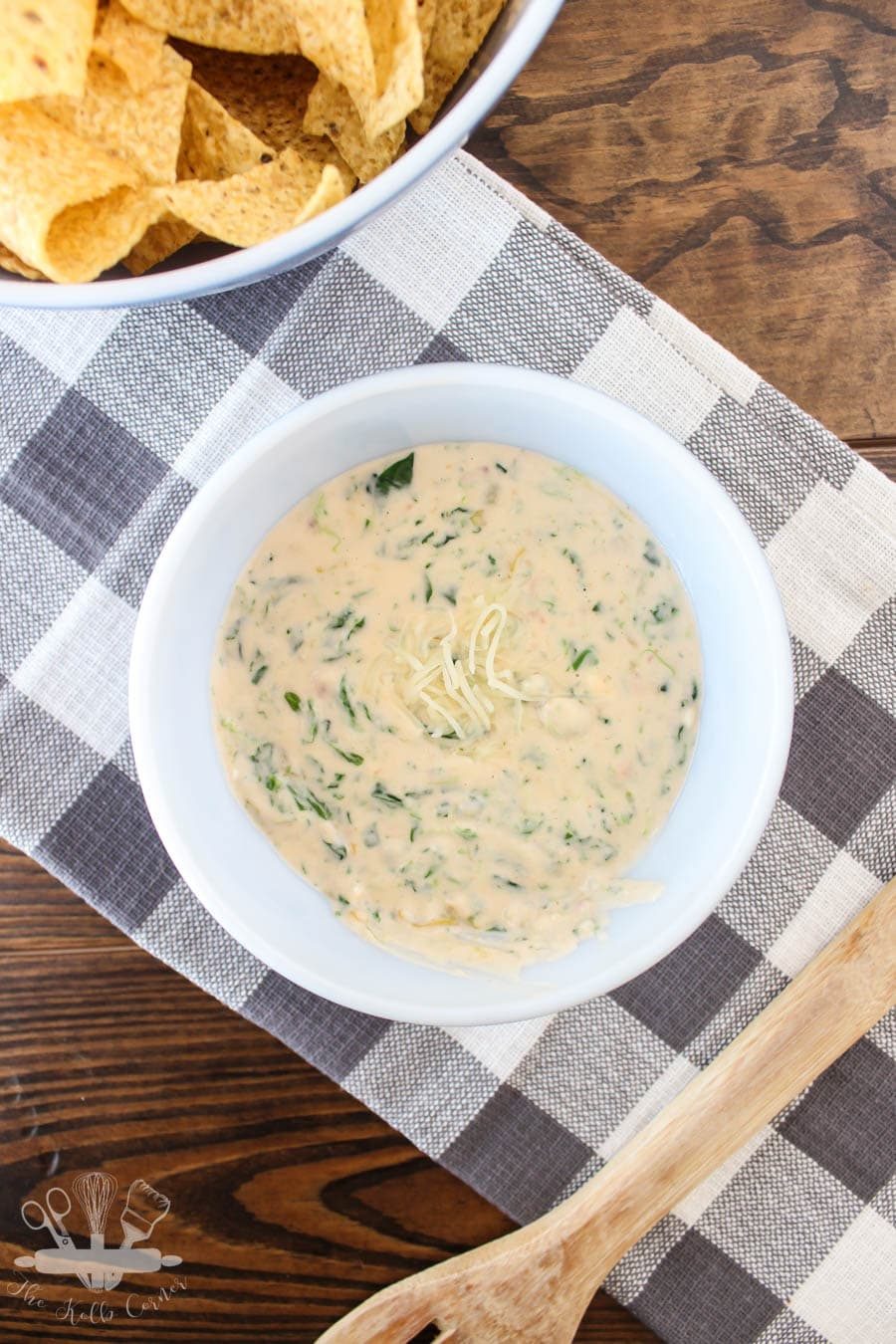 No, this is not a sponsored post for them or their gringo dip, I just love it that much! Which is why I just had to make my own version. This slow cooker spinach queso dip is not the same, but it’s pretty dang close!

Yes, this spinach queso dip is made in the slow cooker and yes there is NO Velveeta in it. 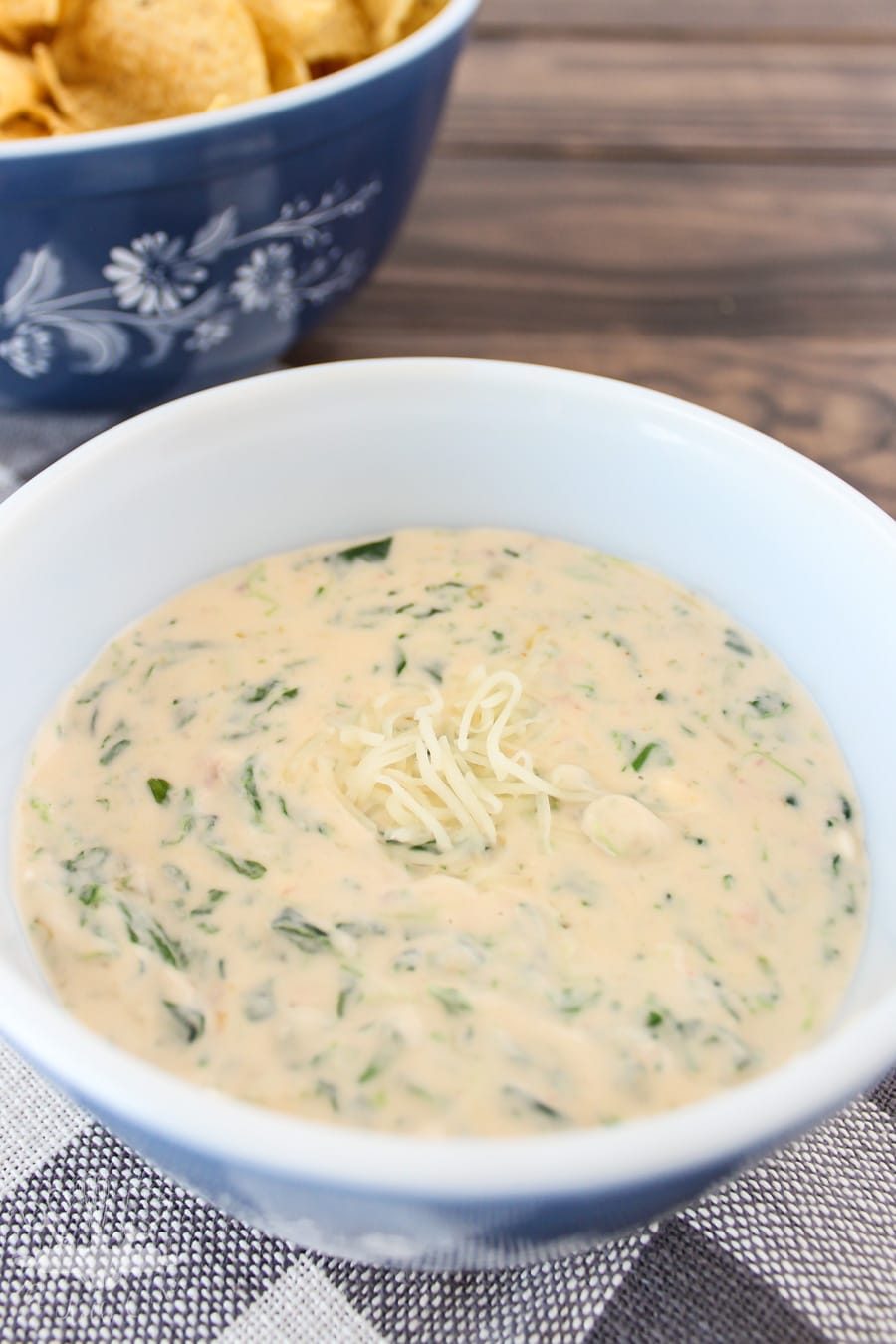 What’s the trick to making a queso dip in the slow cooker without velveeta you ask? It’s in the cheese. And cream.

I prefer shredding my own cheese for this recipe because it melts so much easier. With that being said, I have made it with pre-shredded cheese and it turns out just fine with some extra stirring. Using heavy cream instead of milk makes it less lumpy. Which is good, because nobody wants lumpy queso.  Nobody. 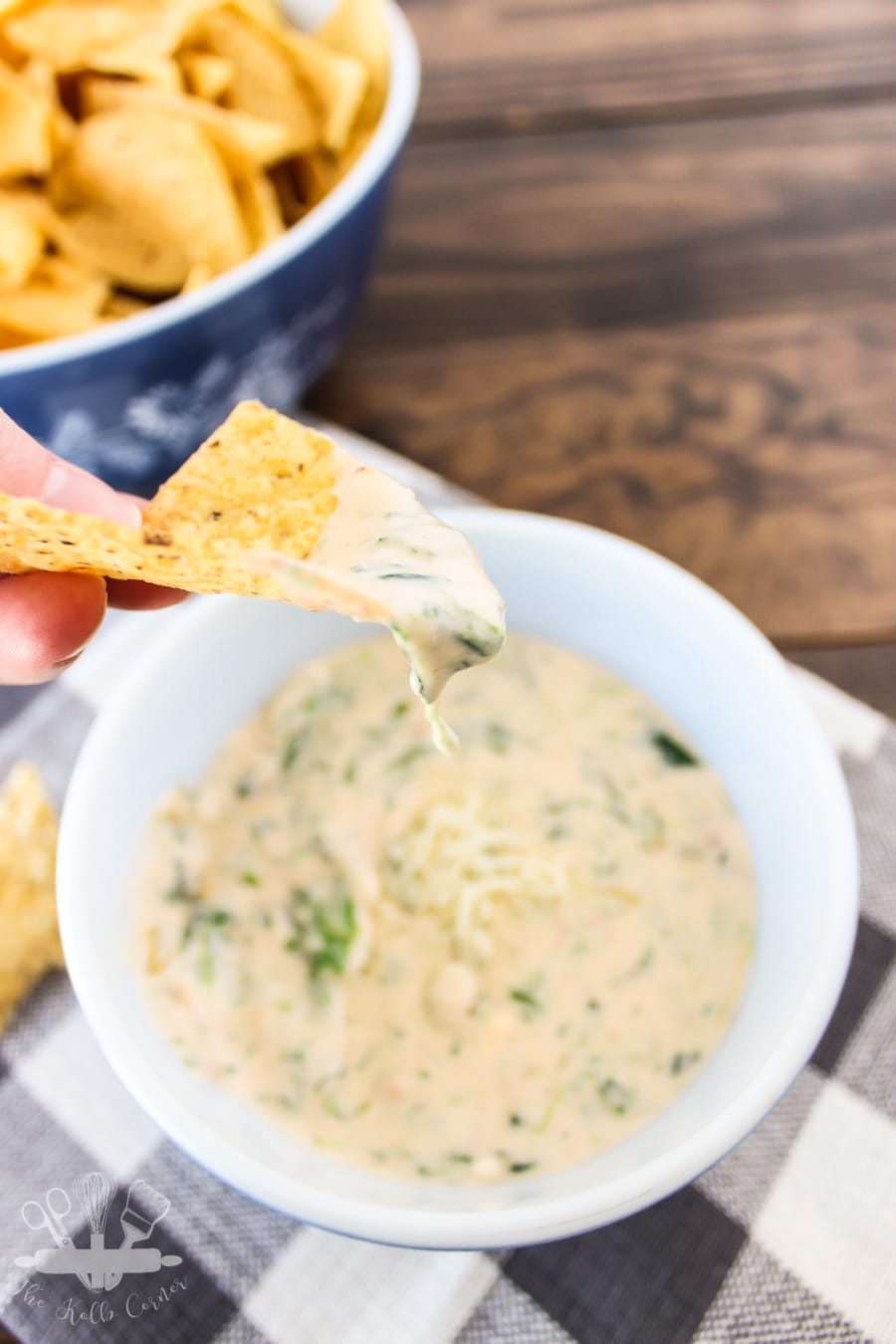 You will definitely want to make this dip ASAP. And if you have a 54th Street Grill in your neighborhood you NEED to order the gringo dip. Thank me later. 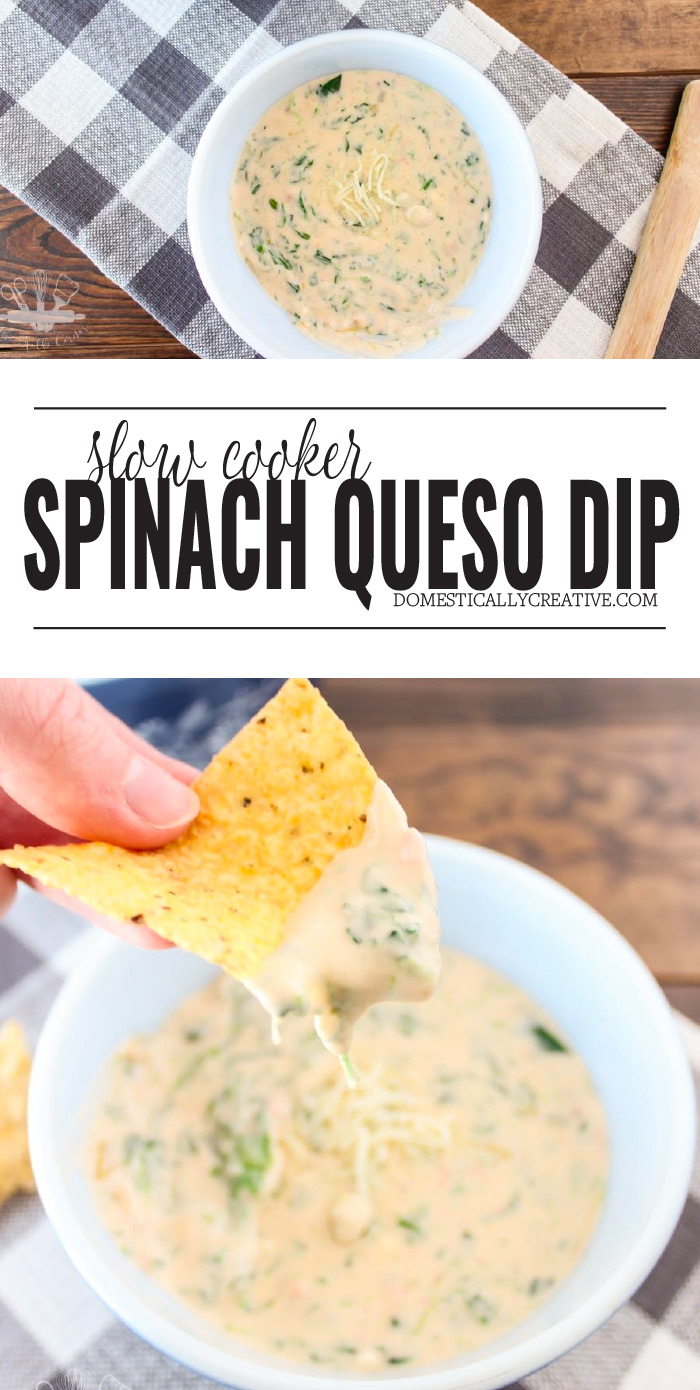