There’s plenty of pumpkin spice flavor packed into these perfectly layered and low carb pumpkin cheesecake bars that you can’t help but want to gobble them all up. 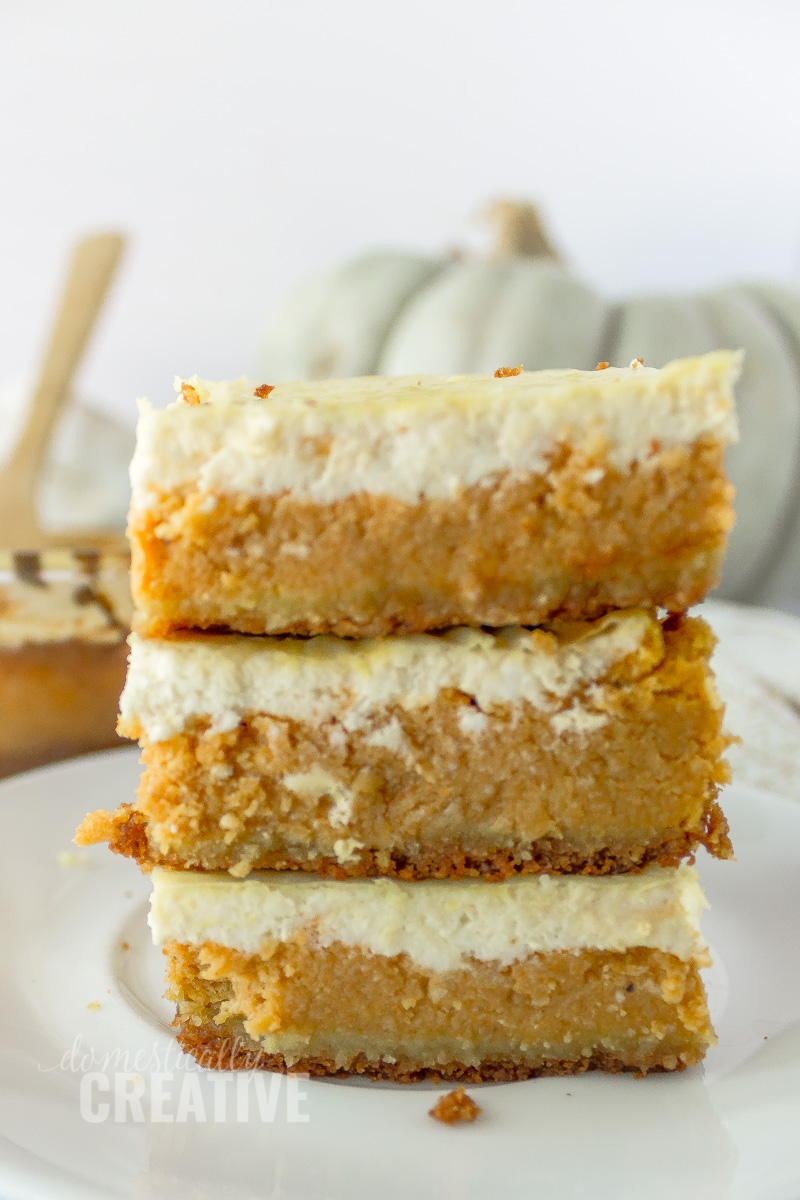 I’m back with my final submission for the Steviva “Sweeten it up” blogger challenge, and I have to say that I think these pumpkin cheesecake bars are my favorite! A big thank you to Steviva for providing me with the sweeteners for these recipes! 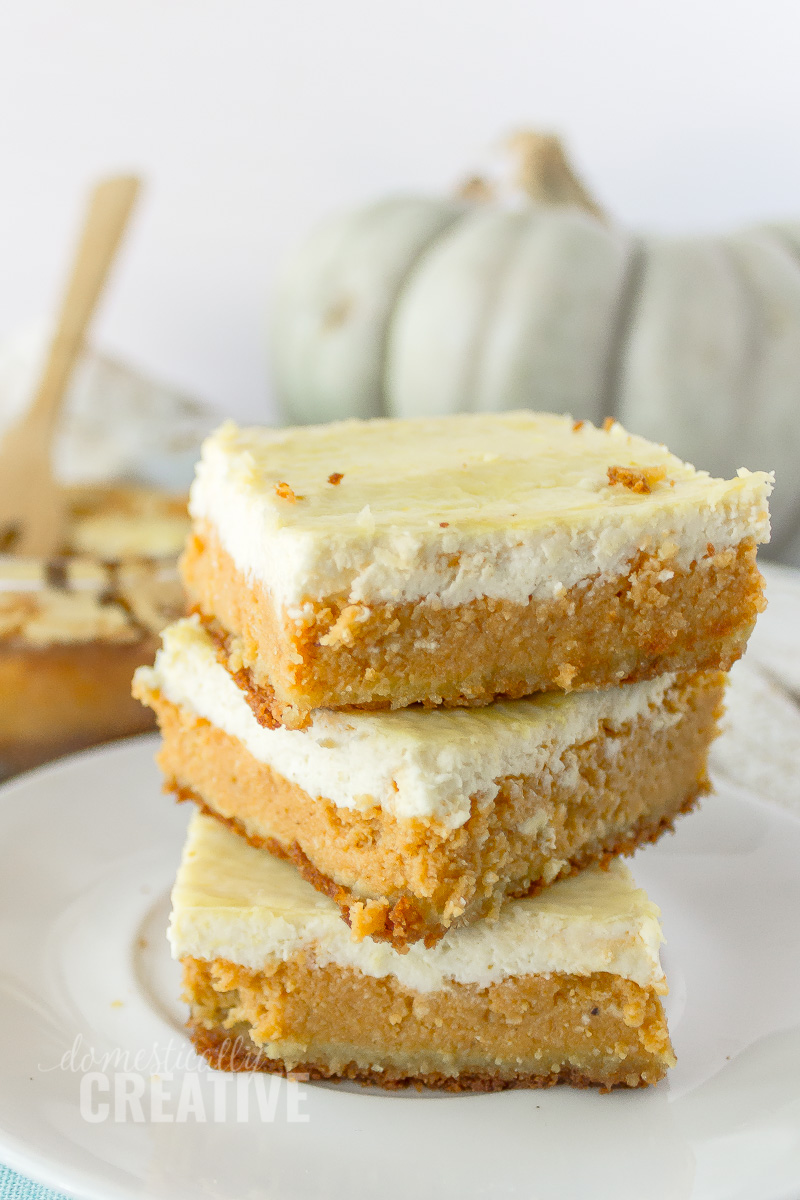 I think this is my favorite recipe of the challenge! I am one of those that goes crazy for pumpkin spice everything at the first glimmer of Fall. This year though, I haven’t been able to enjoy my typical pumpkin pie poke cake, pumpkin cinnamon rolls, or even my personal favorite, Pumpkin Spice Latte from Starbucks. I’m sure there is a way to order that baby low carb, but I haven’t figured it out yet. 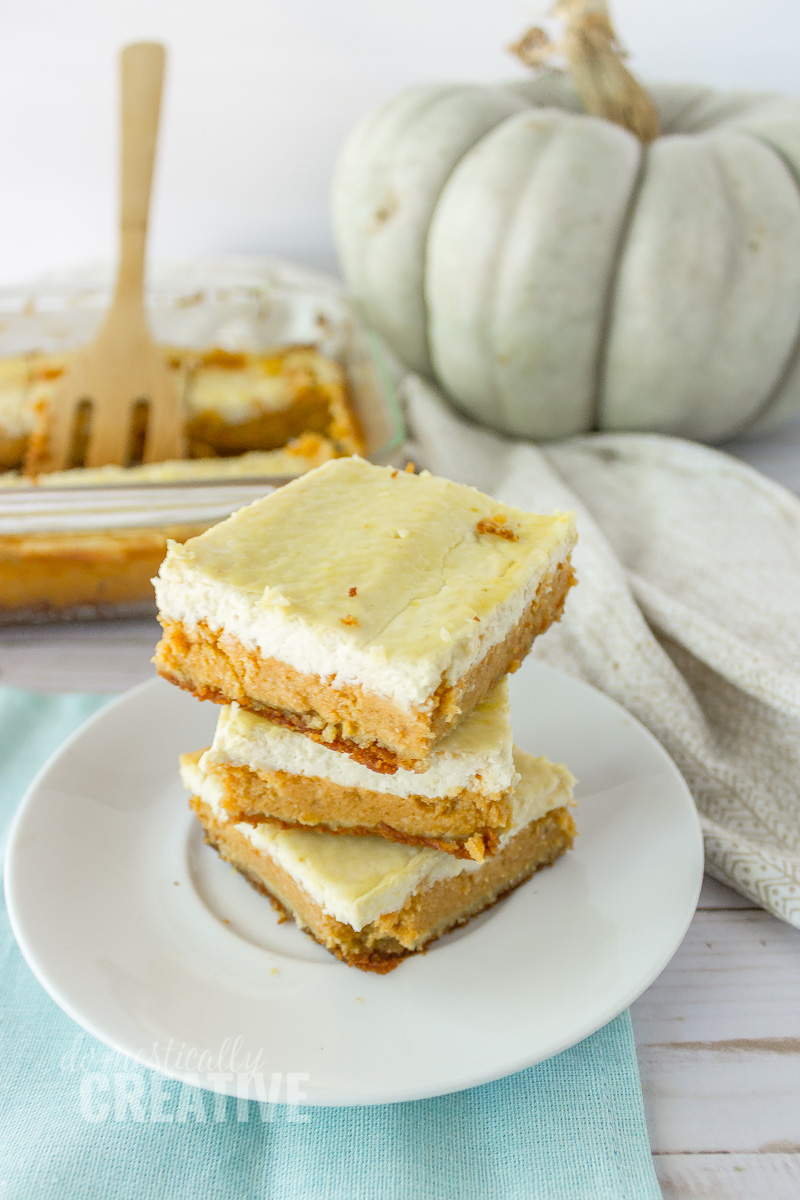 So with my the last challenge category being dessert, I figured this was as good of a time as any to do some experimenting and create a yummy recipe to satisfy my pumpkin spice cravings. And let’s just say I think I hit the nail on the head with these low carb pumpkin cheesecake bars. 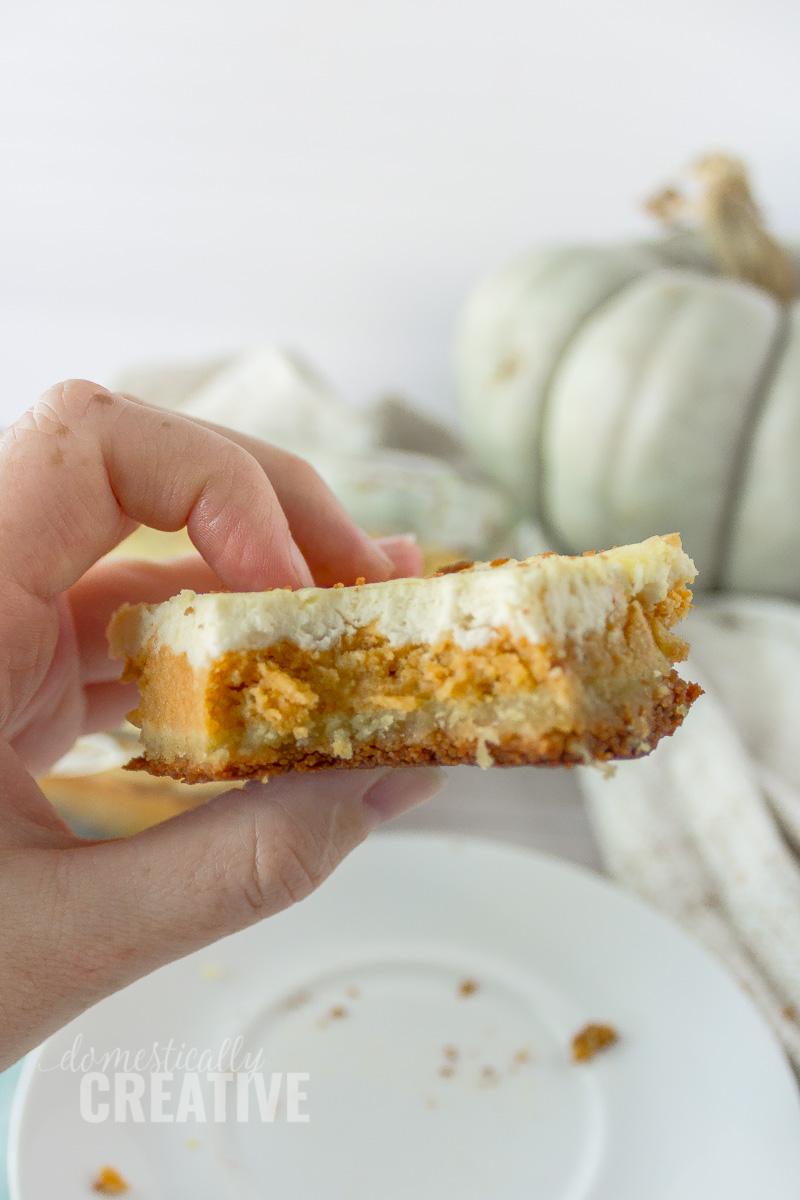 There is plenty of pumpkin spice flavor packed into these low carb pumpkin cheesecake bars, and since I used Erysweet and Fructevia sweeteners from Steviva, they are lower in carbs too! Fructevia is a blend of Fructose, Inulin, and Stevia Extract, and it is 2x sweeter than sugar. That means it takes only 1/2 the amount of sugar you would use in a recipe, but it acts similarly as sugar since it still has the carmelizing properties. This makes it a great substitute to use in baking! 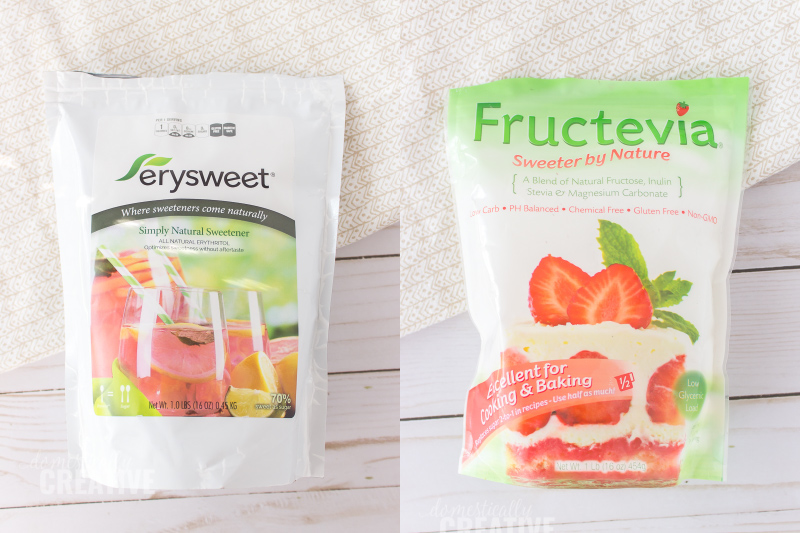 Erysweet is Steviva’s granular erythritol. It’s only 70% as sweet as sugar, so I bumped up with sweet factor with the Fructevia, but still got the bulk I needed in the batter from the Erysweet. The result were these sweet and perfectly layered pumpkin cheesecake bars that you can’t help but gobble up. Here’s the recipe: 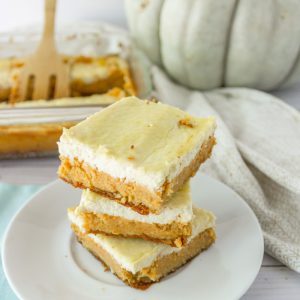 For the Pumpkin portion:

For the Cheesecake layer:

Nutrition Per Serving (9 servings) as calculated in My Fitness Pal

Pin it for Later: 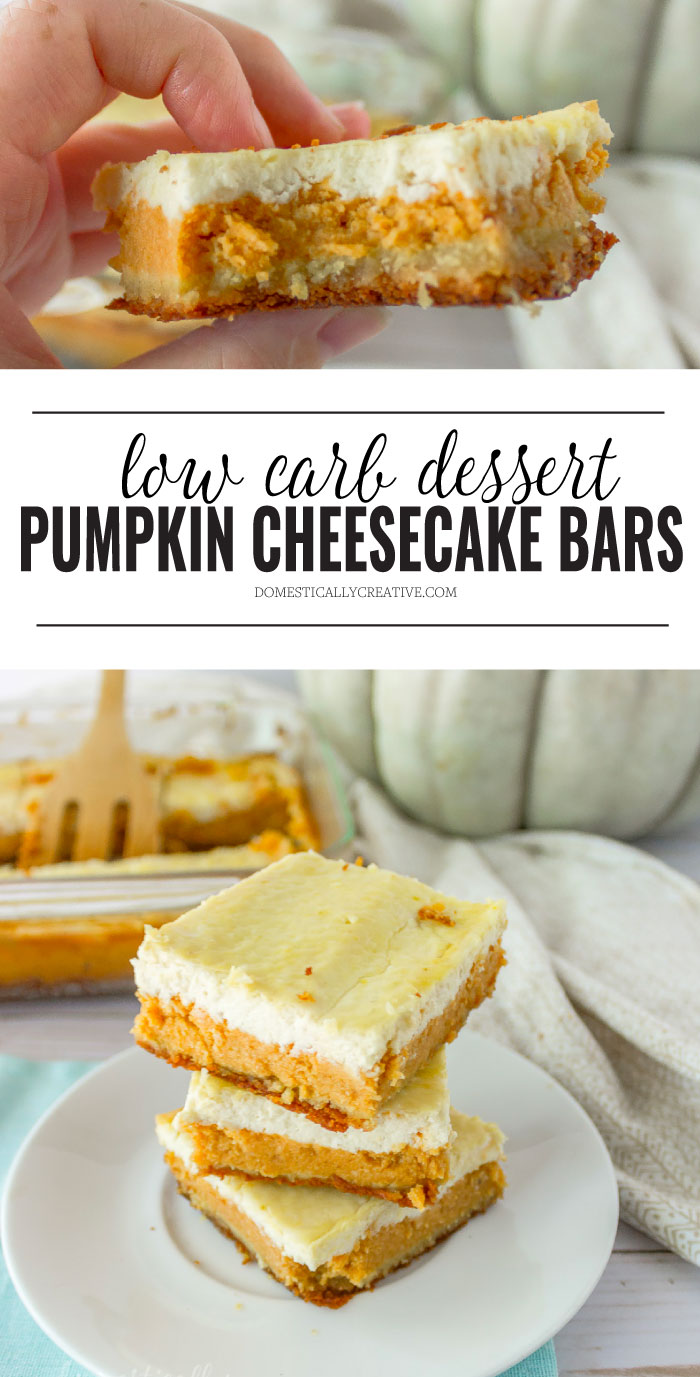 And check out my other submissions to the challenge: 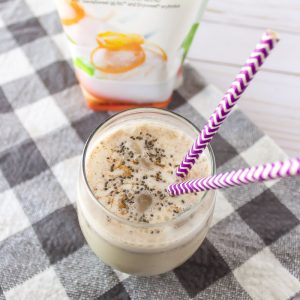 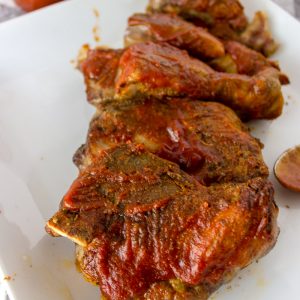 One photo may be used to feature a project or recipe from Domestically Creative, as long as clear and specific credit is given and a link back to the original content is provided. Photos used on this site are subject to copyright laws. Republishing recipes, tutorials or any blog posts is prohibited unless express written consent is given.
This site uses cookies to enhance your user experience. By continuing to visit this site, you agree to our use of cookies.
3670shares