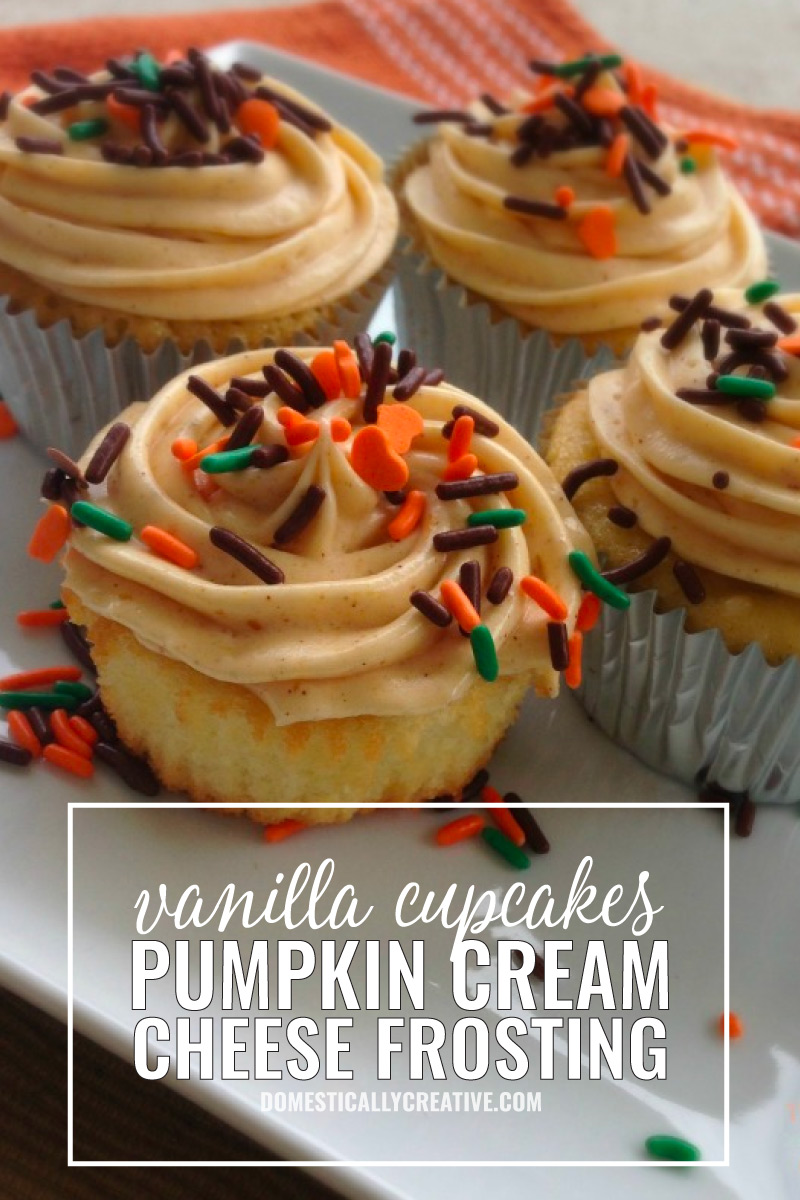 I will admit, I had grand plans for these cupcakes, but like many of my grand plans they didn’t turn out quite like I had hoped. I was originally planning to do a creamy caramel center, but instead of creamy the caramel turned into hard candy. Then I thought maybe I would do a whipped cream center. Nope, those just failed–more miserably than the caramel. So instead, I bring you plain vanilla cupcakes with a pumpkin cream cheese frosting. I added sprinkles though, so that makes them pretty special! 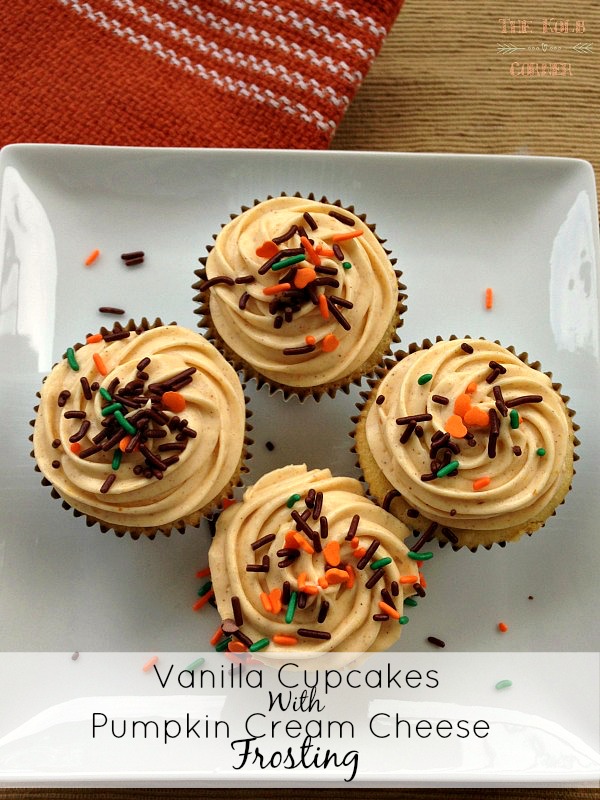 The original recipe for the vanilla cupcakes comes from Tide and Thyme. Check out some of her awesome recipes, and drool over her photos like I did. Am I the only one who does this? Anyway, back to the cupcakes.

The batter was amazing on these cupcakes! It does take a little bit of work (made easier if you have a stand mixer) but it is well worth it. AND it makes a ton of cupcakes. I actually ran out of liners for mine so I made a few big cupcakes with some large muffin tins I bought awhile back.

There is a lot of mixing involved, and when finished, the batter should be very full and airy. The idea is to whip extra air into the batter, which in turn makes the cupcakes fuller, moist and not so dense. Bake the vanilla cupcakes just like any cupcake, for about 18 minutes. 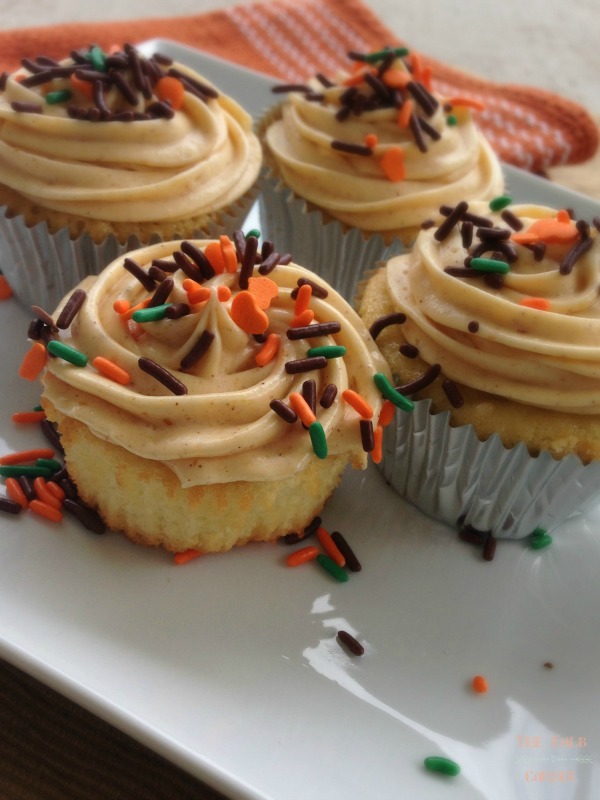 A simple frosting tip and bag will do just fine for frosting. I have this set specifically, but you could also use a plastic baggie and cut a corner off instead of using a frosting bag. If you don’t feel like fussing with a frosting tip, then simply use a knife and slather the vanilla cupcakes with yummy pumpkin cream cheese frosting and call it a day! Add sprinkles if desired. Store the cupcakes in the fridge to keep the cream cheese frosting chilled.

Don’t forget to pin it 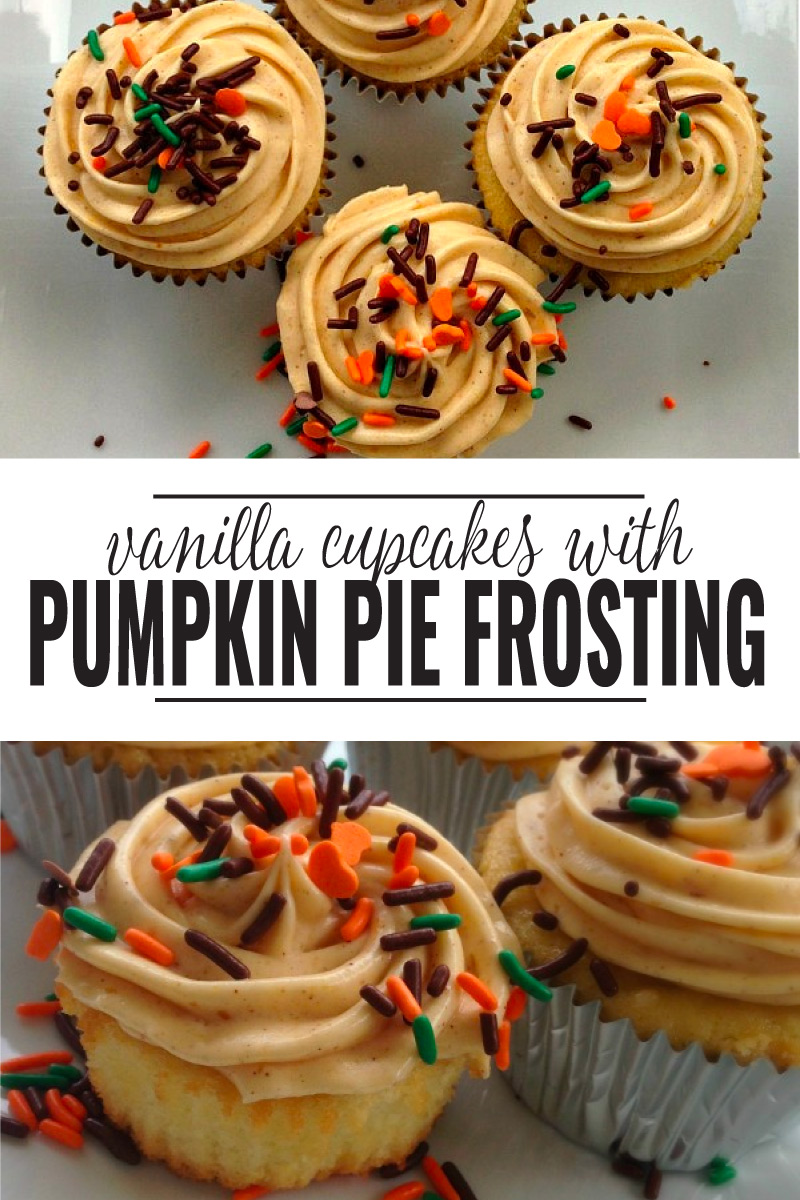