595 shares
Get the Recipe

I love this easy and delicious low carb Zuppa Toscana soup! It has all of the flavor of the traditional Olive Garden recipe, without all the carbs. 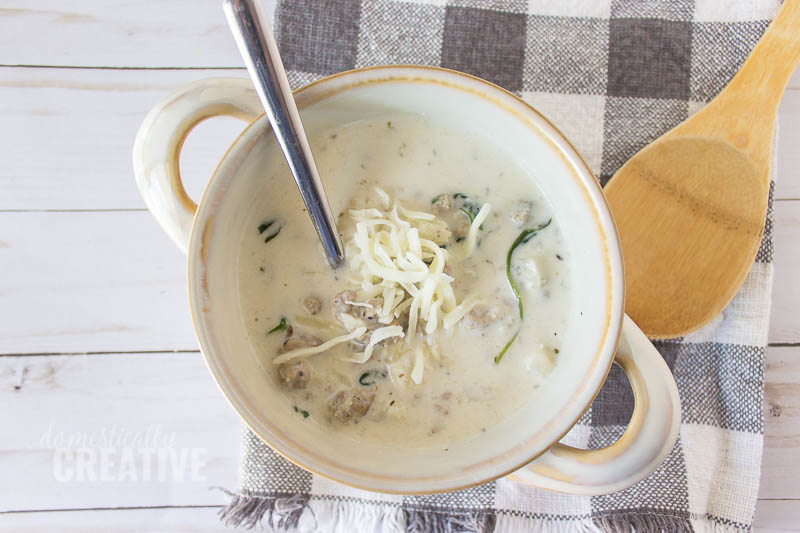 Are you familiar with the ever popular Zuppa Toscana soup at Olive Garden? I have to admit, until I tried it I was convinced I would hate the soup. I thought that sausage in a soup was so weird and there was no possible way it could taste good. Some of the things I worry about are strange, I know, but once I actually tried the Zuppa Toscana I realized just what I had been missing out on. If you haven’t tried the real thing you really really should. Like it should be on your bucket list because the soup is just that good. 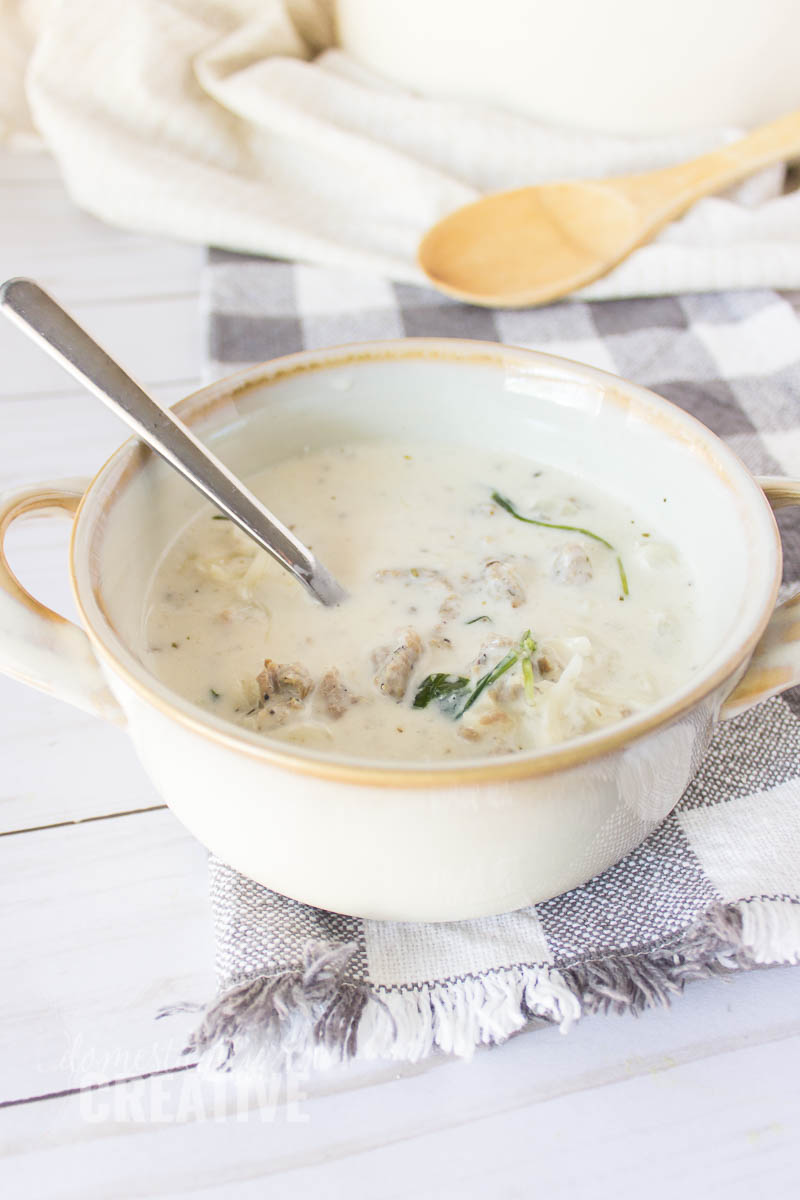 Anyway, since Olive Garden isn’t exactly on the list of keto friendly restaurants (hello pasta and breadsticks–I miss you), of course I absolutely needed to make a low carb version of Zuppa Toscana myself. I’ve actually been on this huge soup kick lately, trying to rework all of my favs (like this broccoli cheese soup) into low carb versions. Luckily I got this low carb Zuppa Toscana soup right on the very first try. I’ve since made it about a dozen times, and I think my husband loves it more than his favorite bacon cheeseburger soup. 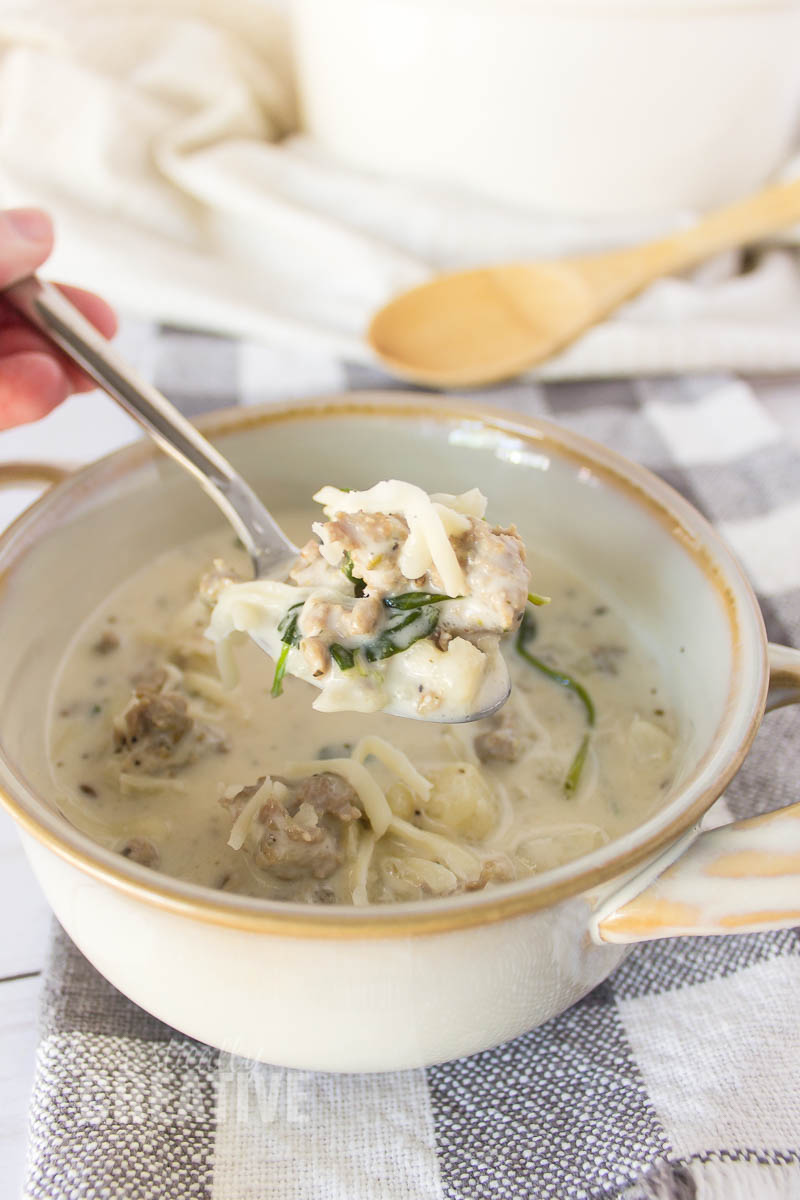 Really what is there to not like about this soup? It’s loaded down with Italian sausage and instead of potatoes, it’s packed to the brim with cauliflower. It’s amazing how well cauliflower can take on the flavor of any dish it’s cooked in. It’s such a versatile little vegetable! 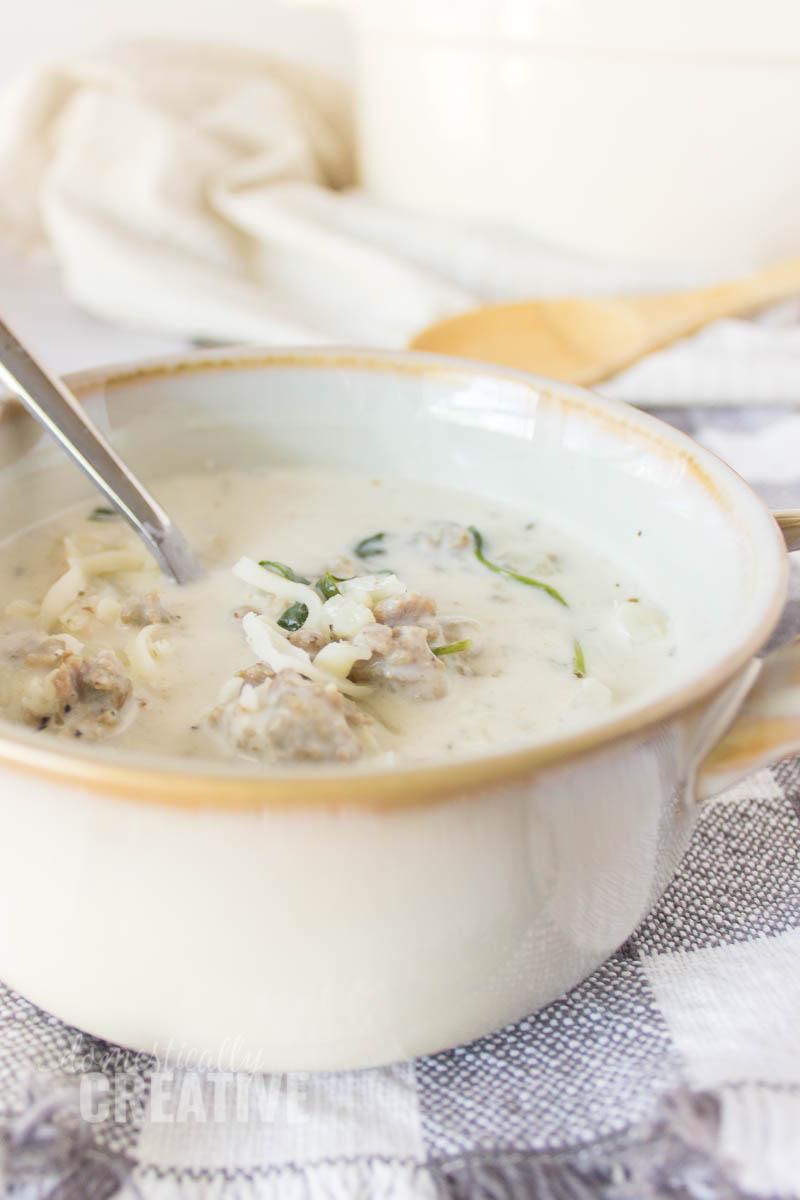 I prefer to use spinach instead of kale in my low carb Zuppa Toscana mostly because leftover kale will go to waste in our house. Kale is also higher in carbs than spinach believe it or not, so leaving it out of this recipe makes the carb count even more appealing! 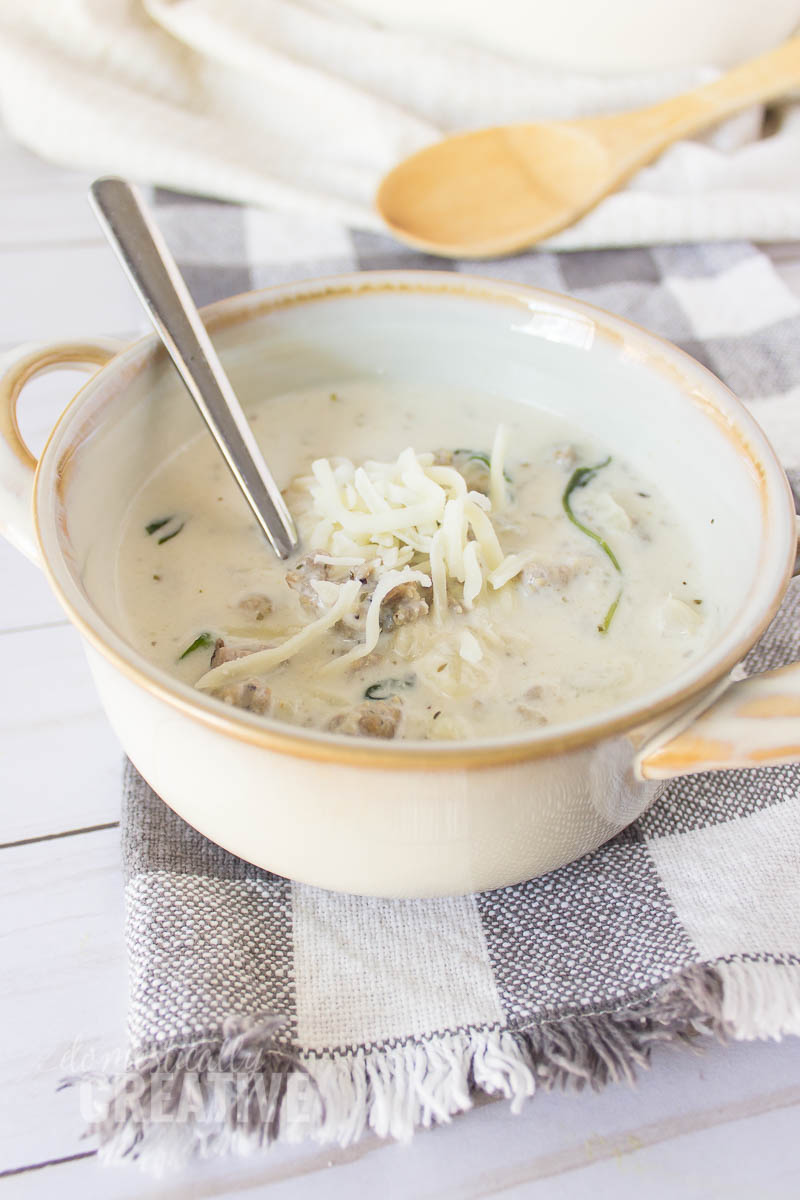 With only 3 net carbs per serving, you can definitely indulge in this low carb soup and not feel guilty at all! Now if only there was such a thing as a perfect Olive Garden breadsticks copy in low carb form. Hey a girl can dream right? 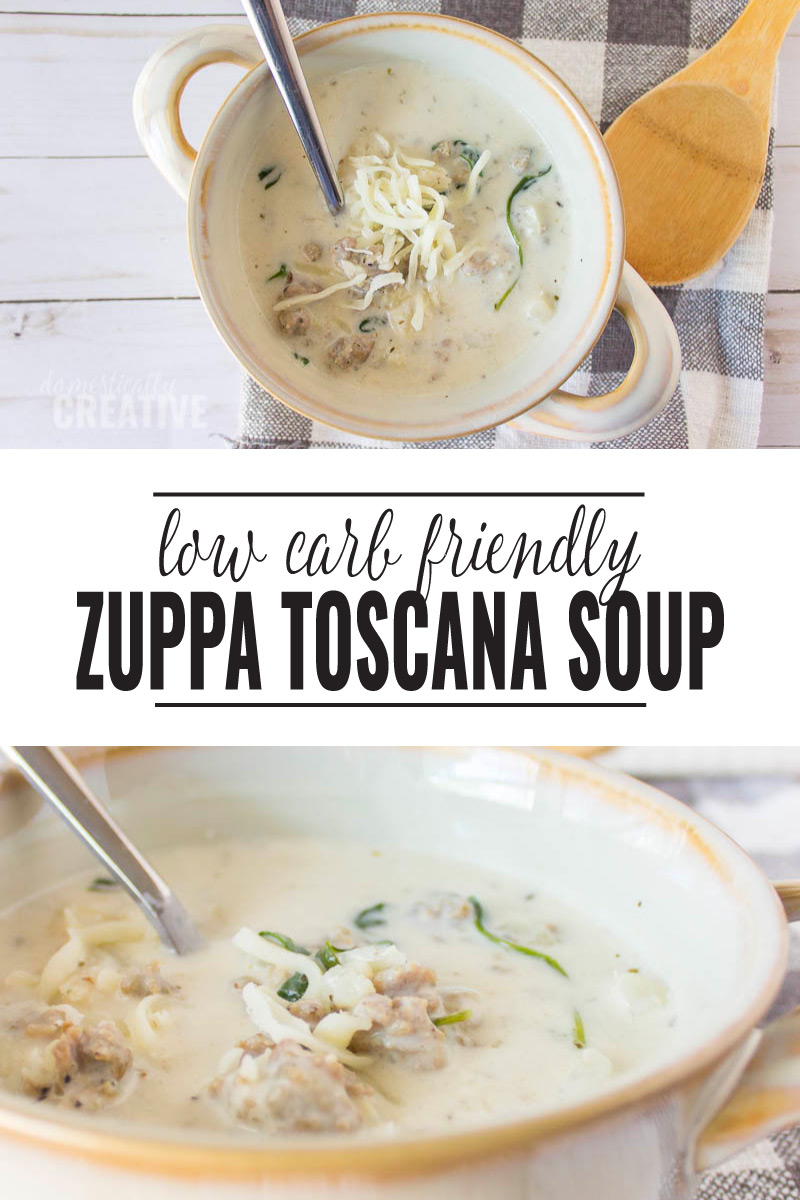 Nutrition Facts as calculated in My Fitness Pal App

If you want to cut back on the calories and fat per serving you could sub half and half for the heavy cream. Please note this will change the soup consistency as it won't thicken as much. It will also increase the carb count.

Oh my gosh! Made this for dinner tonight and followed your recipe exactly. The only thing I did differently was use my potato mashed to mash up the cauliflower a bit more once it was done cooking. Delicious!! My husband is anti-vegetable and I served this to him and he had NO idea there was cauliflower in it. Yum! Thanks!

[…] different? With the cold weather I had been experimenting with different low carb soups, like this zuppa toscana, or my husband’s favorite bacon cheeseburger soup. But now the weather is trying to warm up […]