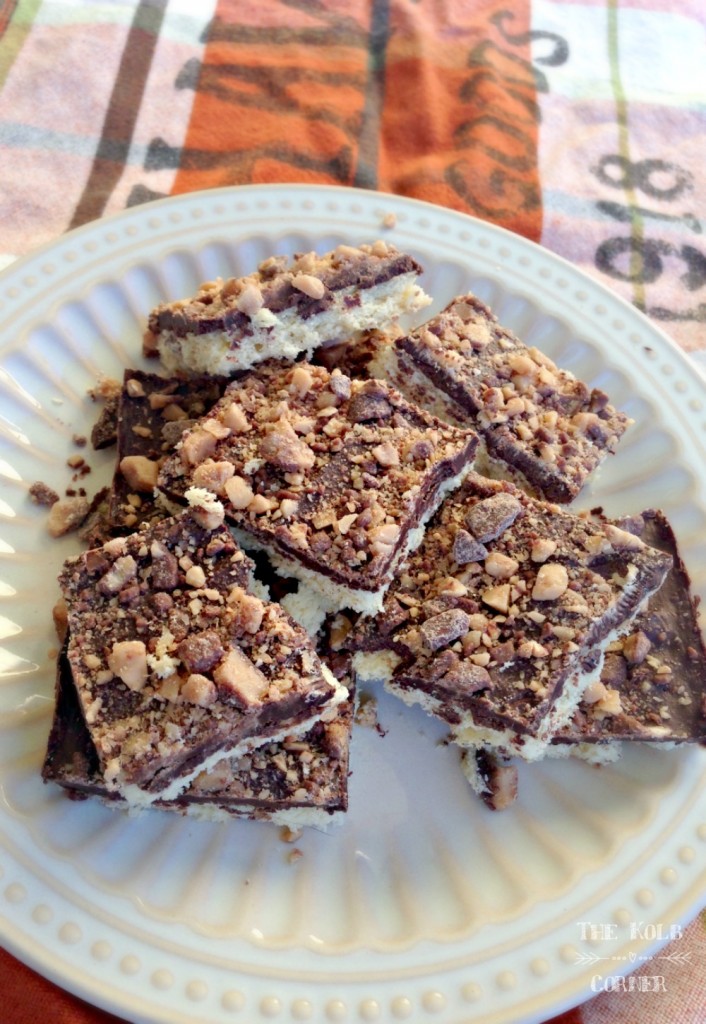 On Saturday, hubby and I spent the day hiking, eating, and catching up with some of our New Mexico family.   They were in Texas visiting some friends, so we decided to crash the party.  Well, they picked up some fancy almond toffee candy at a gourmet candy store in town where they were staying, and let us try some.  Now I am a HUGE fan of toffee.  Just something about that crunchy, buttery flavor, really gets my taste buds going.   After trying this candy, I knew I wanted to make something toffee inspired at home.  After all, you can’t just have one taste of toffee.

So instead of making actual toffee candy, I decided to do a toffee bar.  It has a thin, buttery, cookie crust, that’s topped with dark chocolate and chocolate covered toffee pieces.  The best part was it was really easy to make.  The only part that requires a mixer and oven is the crust.  The rest just involves throwing chocolate chips on top and waiting for them to melt.  Easy right?

Next time I make these, I will make sure to bake my crust a little bit longer.   While the crust is done, it’s not as crispy as I would like.  Make sure to bake yours until the edges start to turn golden brown! 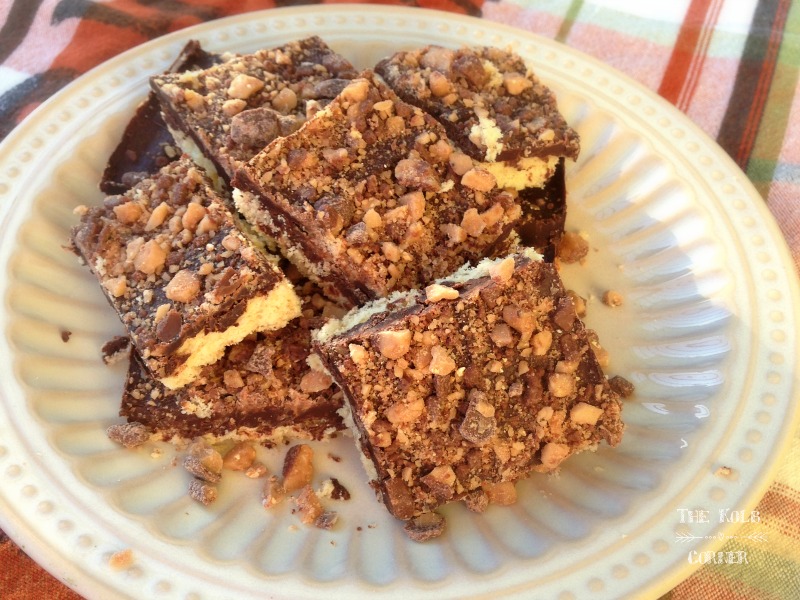 An even better part of this recipe, is that you could use the base to make all kinds of different concoctions.  I’m thinking some variation with white chocolate, what do you think? 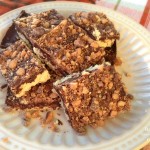 « Just A Little Update…
5 Tips to Make Moving Easier for Your Pet (and you!) »

One photo may be used to feature a project or recipe from Domestically Creative, as long as clear and specific credit is given and a link back to the original content is provided. Photos used on this site are subject to copyright laws. Republishing recipes, tutorials or any blog posts is prohibited unless express written consent is given.
This site uses cookies to enhance your user experience. By continuing to visit this site, you agree to our use of cookies.
232shares