All the flavors of loaded baked potato you love is packed into this creamy and easy to make loaded potato soup. Enjoy it on a chilly day, or just because.

I don’t know about ya’ll, but I just LOVE creamy, hearty, soups. I especially love them in the winter, when it’s dreary and cold. That’s exactly what it’s been here in San Antonio for the past few days too.  OK, so cold to me (and fellow southerners) is anything under 40–and it was 34 as I wrote this post. We even had some *gasp* freezing rain. Sorry to my readers further up North where it truly gets cold, but seriously, I needed this soup to warm up my body and soul. 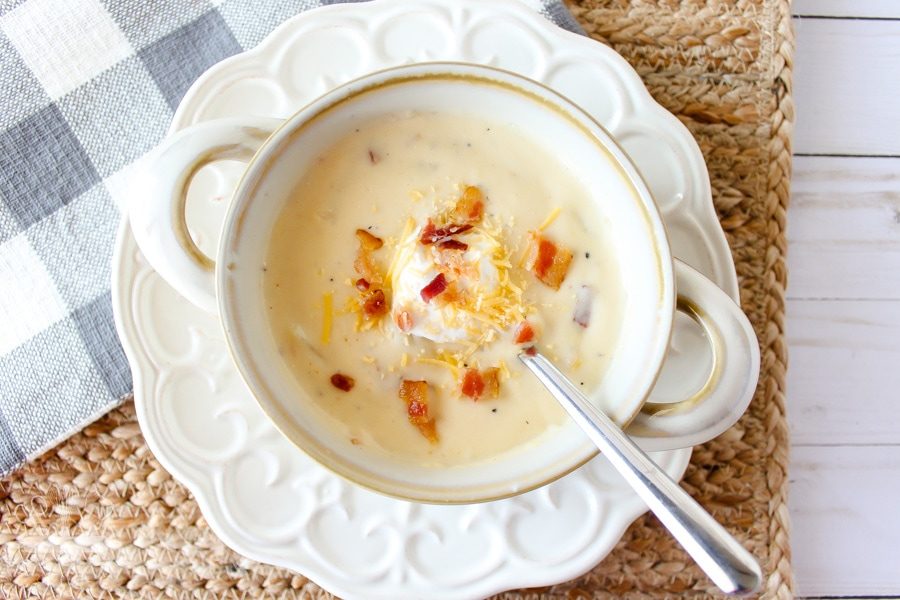 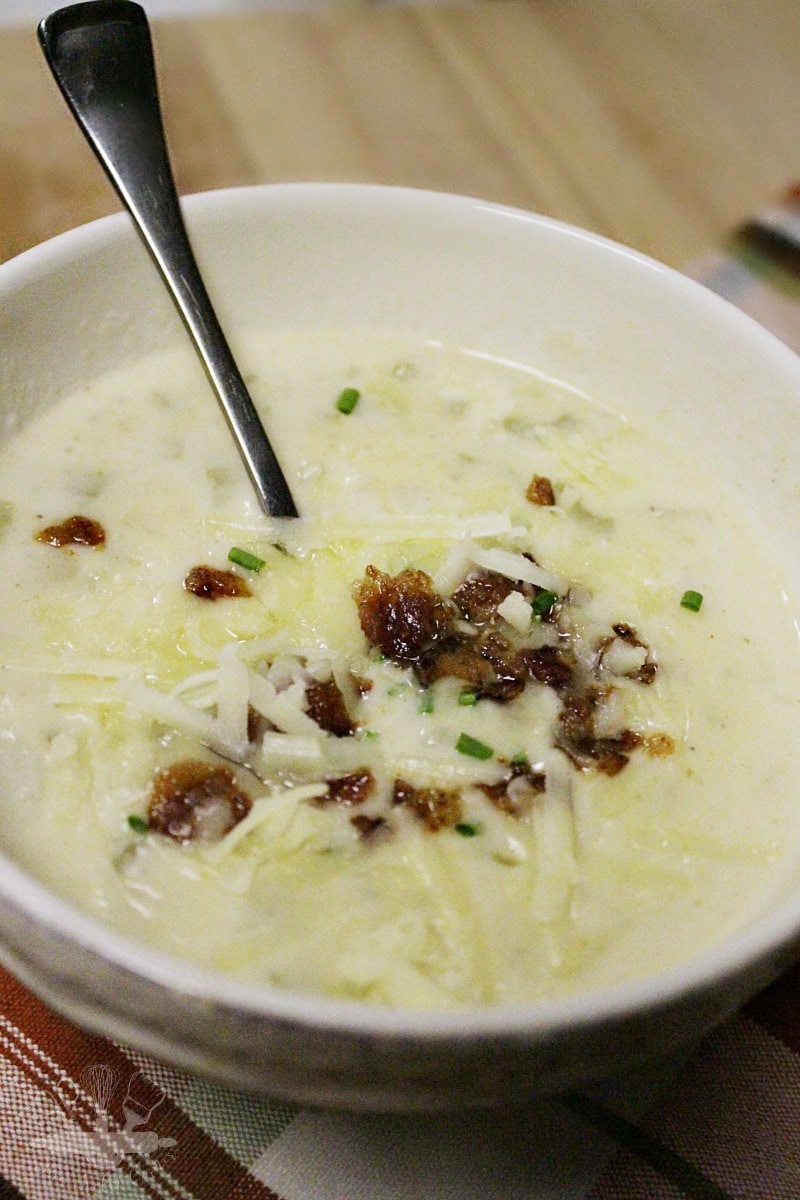 You know what else I love? My new, shiny dutch oven. My mom actually “bought” it for me for my birthday back in July, but I just now got around to ordering it. Can you believe this is the very first time I’ve used it?? 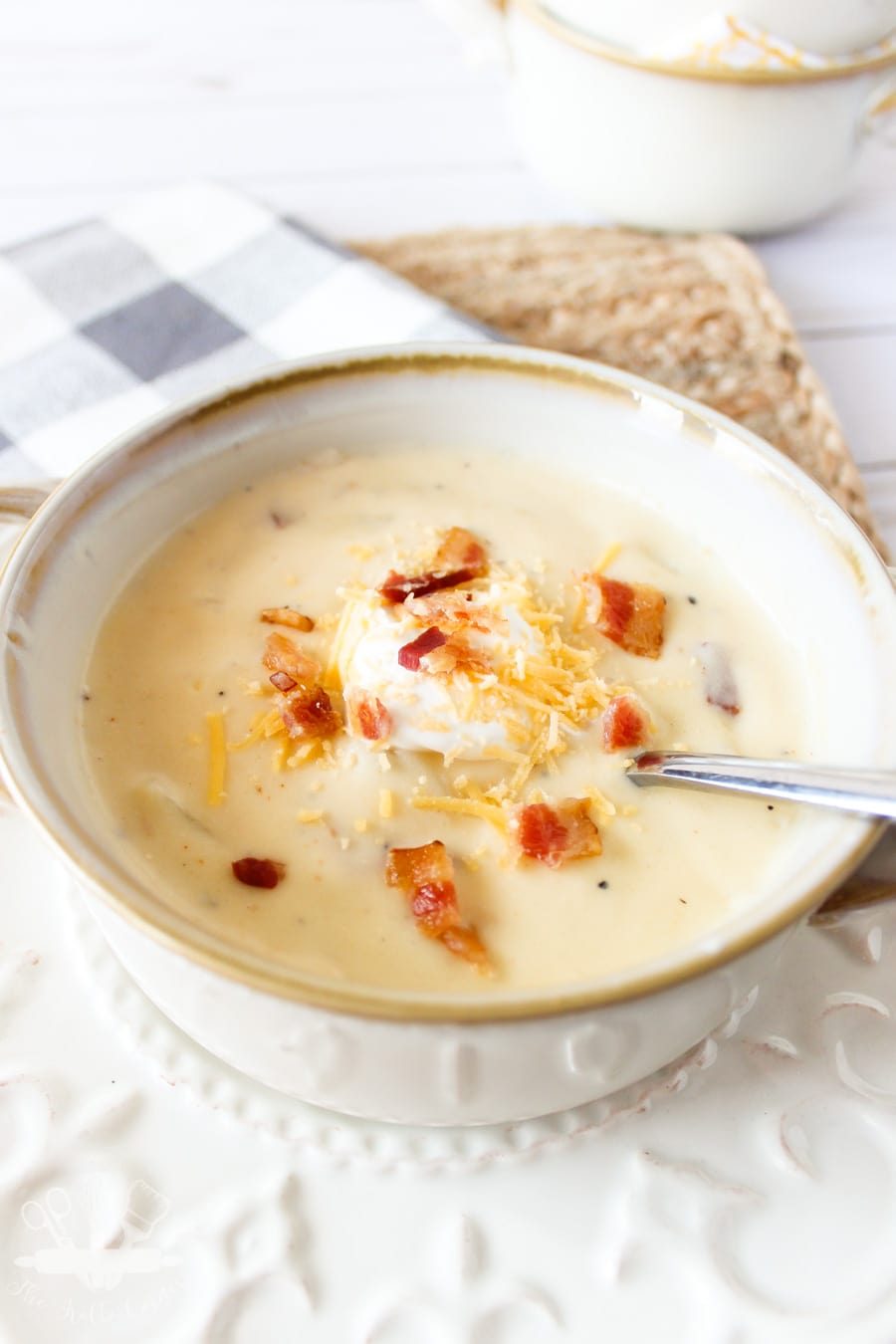 I guess what I’m sayin’ is that I may just have a new favorite kitchen tool. I might seriously run away with it–somewhere warmer. Until summertime, then we can travel further North 😉 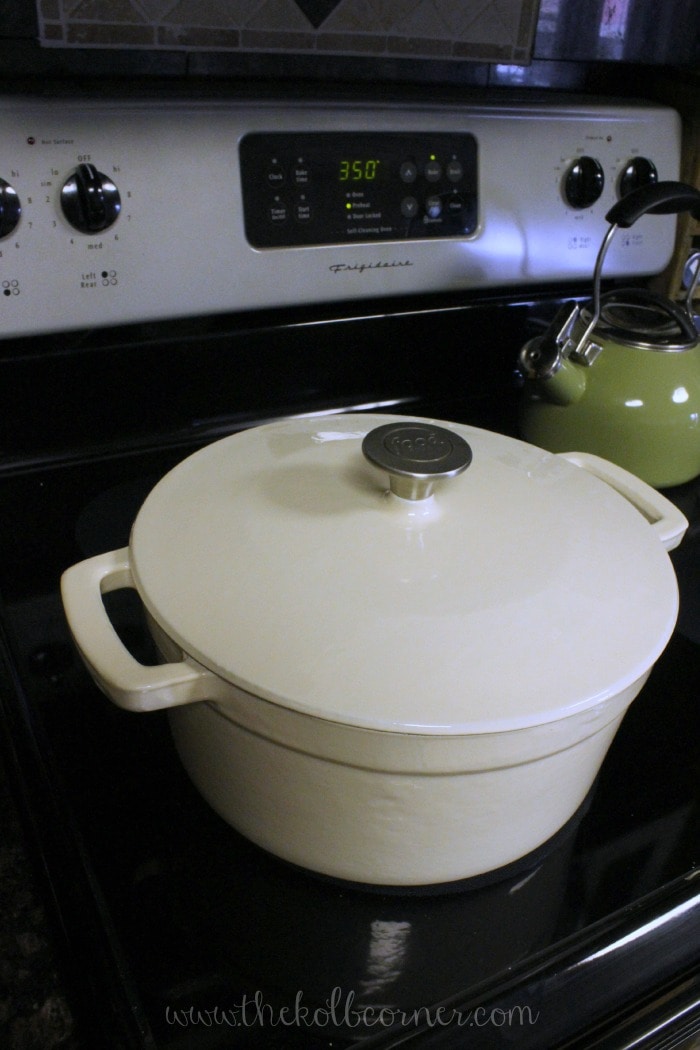 Ok so now that the truth is out, let’s get back to the topic 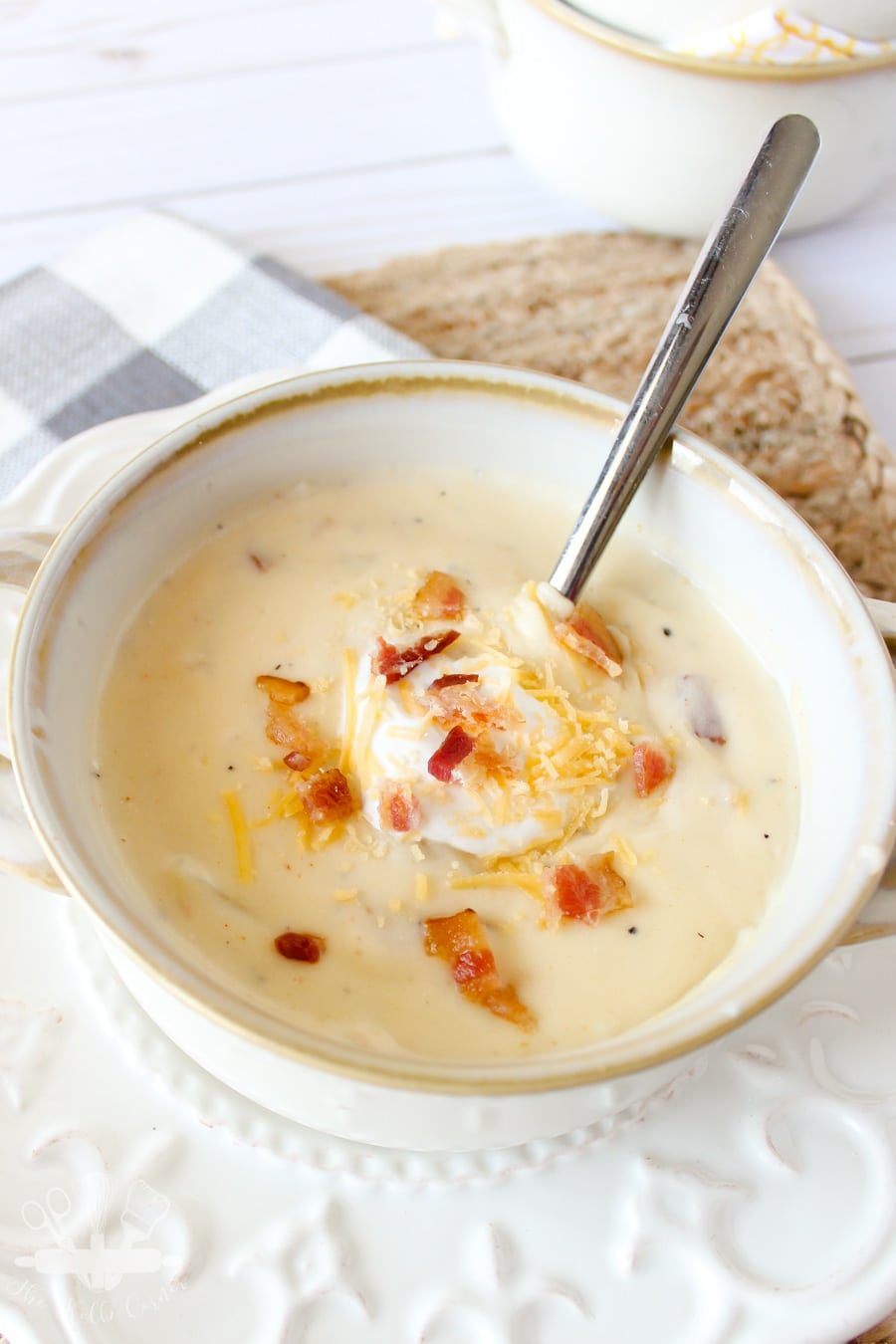 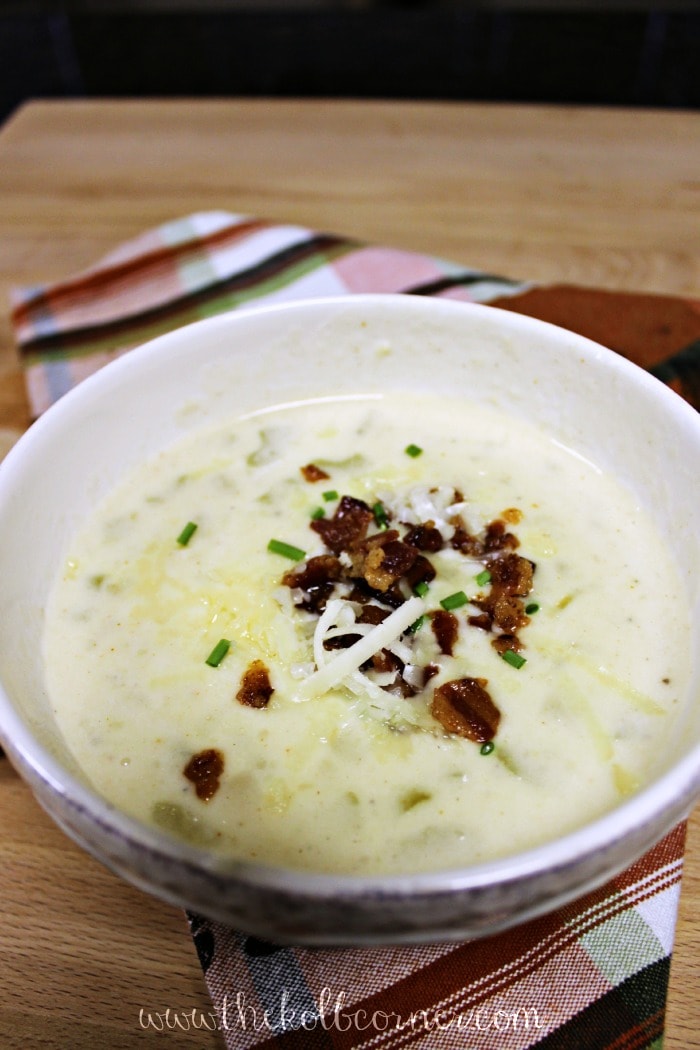 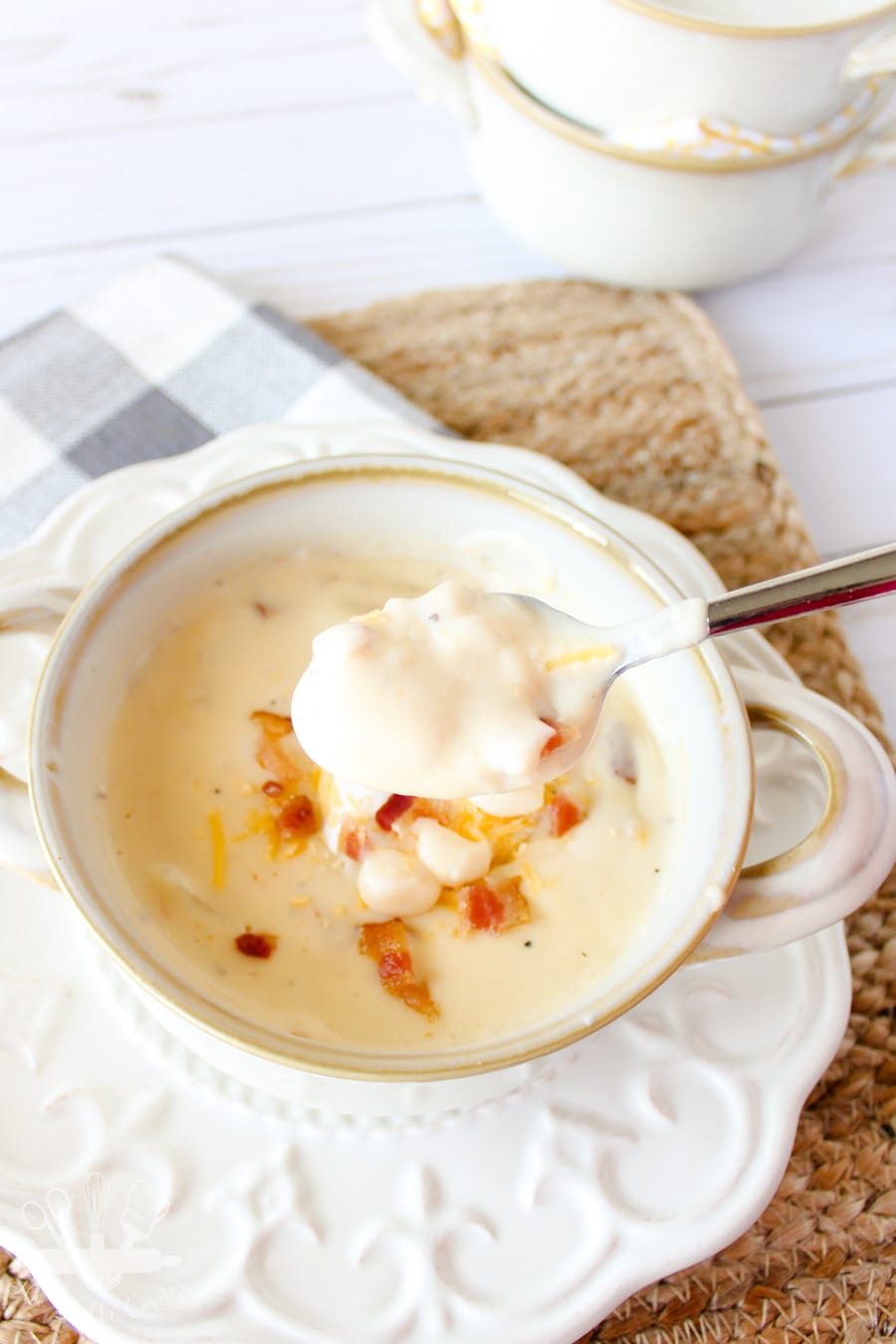 Speaking from experience, of course. 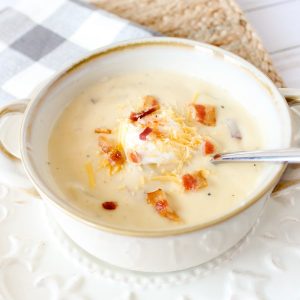 If you like a smooth soup, before adding in the sour cream and cheese, add small amounts of soup to an immersion blender.

Check out these other yummy soup recipes: