A slow cooker version of this hearty cheddar beer soup that’s packed full of sharp cheddar flavor, bacon and beer, of course. The perfect meal for a cold winter evening. 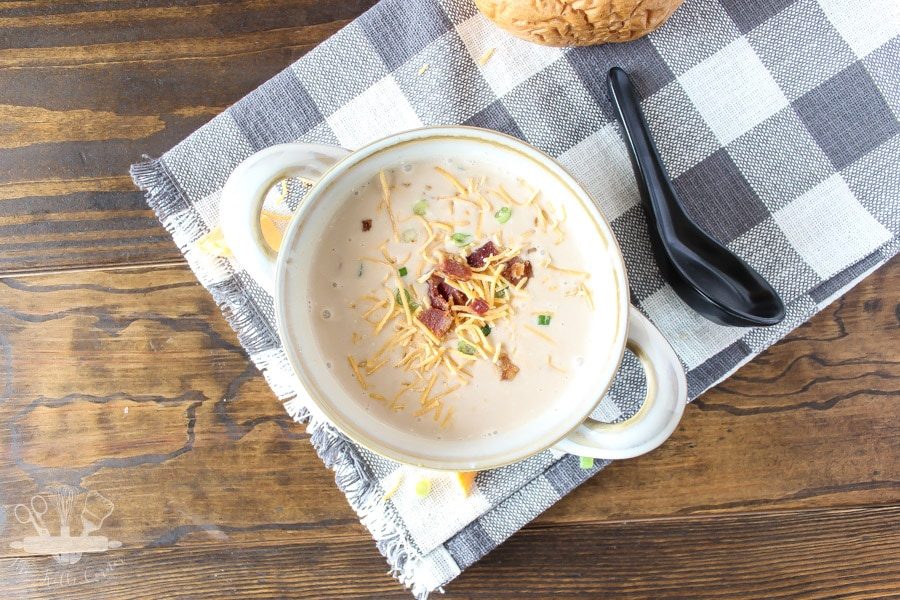 I have been trying to perfect this Slow Cooker Cheddar Beer soup ever since trying it for the first time at a brewery/restaurant with my mom and sister in law a few years ago. It was in the middle of summer, but that soup just called to me from the menu. And boy am I so glad I decided to try it. You see, I’m not a huge fan of using alcohol in cooking. Partly because of the taste, mostly because I’d rather just drink it. 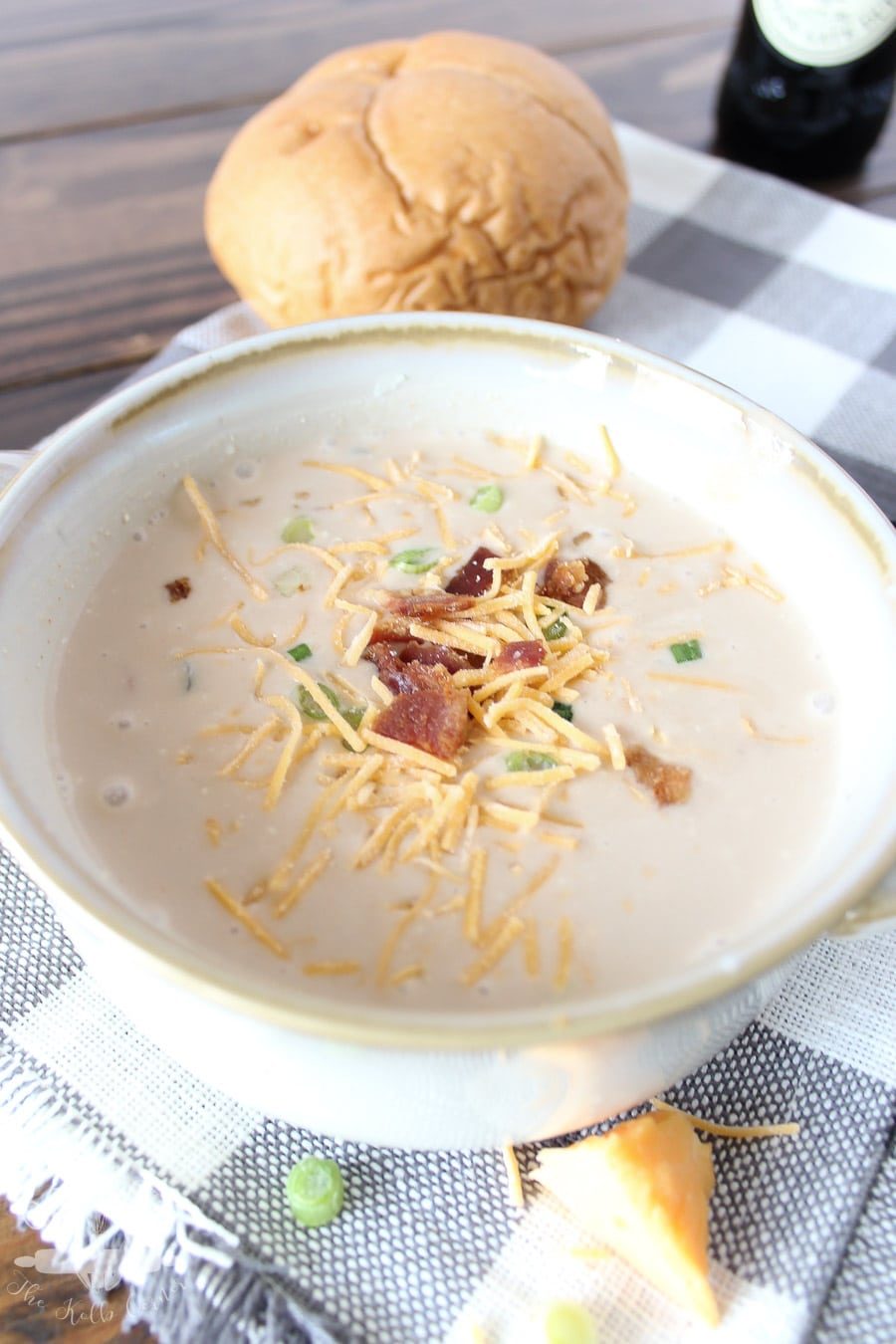 But that soup was AH-mazing. It was lick the bottom of the bowl good! And believe me I was SO tempted to do just that. But I had just met my sister in law, and I was in a public place, and the whole being an adult thing.

Man, being an adult can really blow sometimes. 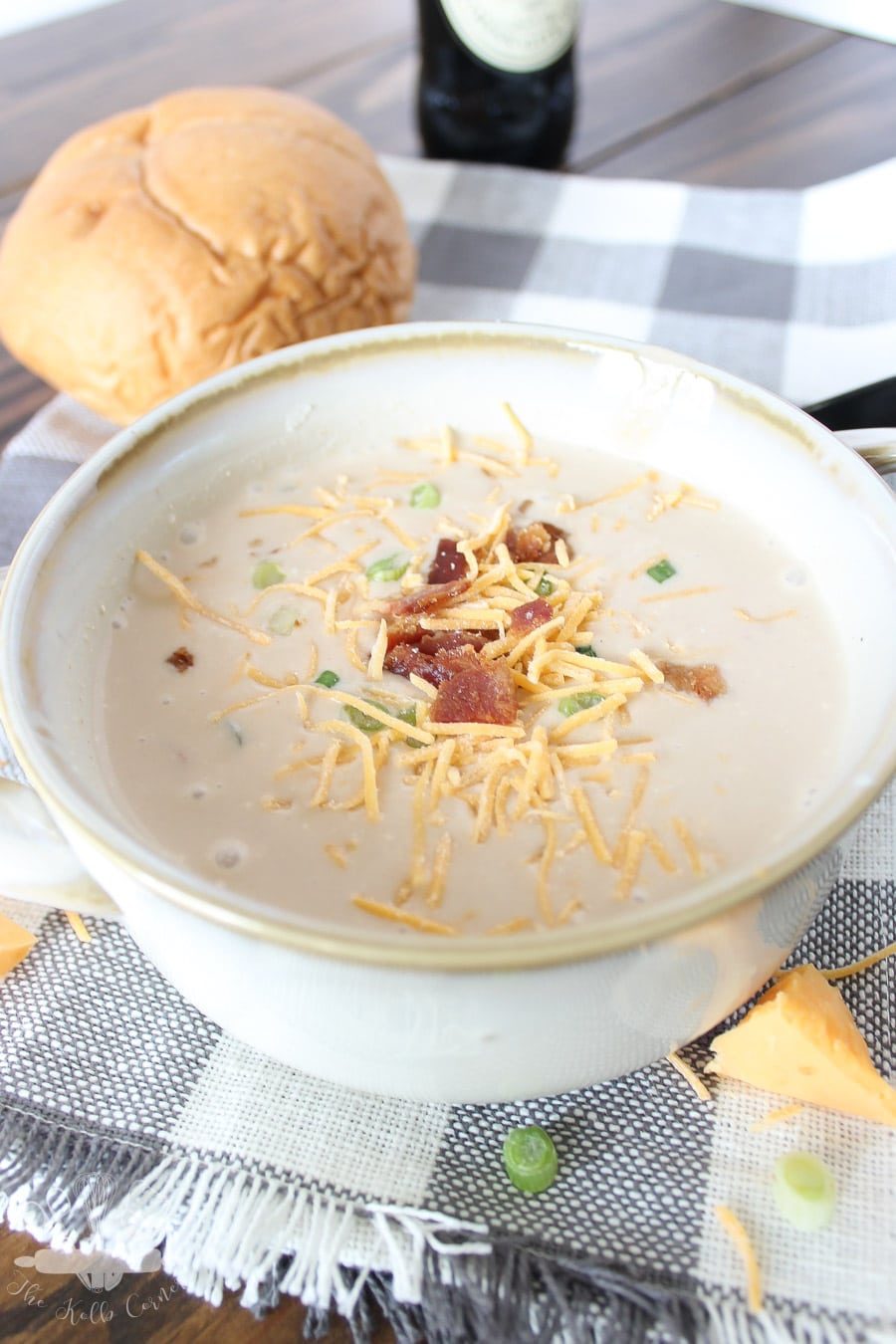 Either way, I think I have finally gotten my version of this cheddar beer soup down so that’s why I am sharing my recipe with you. And it’s perfect timing, because winter and football and stuff.

But really, who says you can’t enjoy warm soup year round anyway? 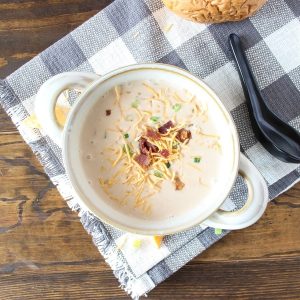 * I recommend shredding your own cheese, but if you only have pre-shredded cheese, add it in 1 cup at a time where it says in the instructions. Otherwise it will all melt together and become one big cheese blob. Although blobs of cheese are generally yummy, you won't want it in this soup. Promise.

One photo may be used to feature a project or recipe from Domestically Creative, as long as clear and specific credit is given and a link back to the original content is provided. Photos used on this site are subject to copyright laws. Republishing recipes, tutorials or any blog posts is prohibited unless express written consent is given.
This site uses cookies to enhance your user experience. By continuing to visit this site, you agree to our use of cookies.
838shares