A healthier, low sodium version of everyone’s favorite Vegetable Beef soup. You can make this on the stove top or in a slow cooker. 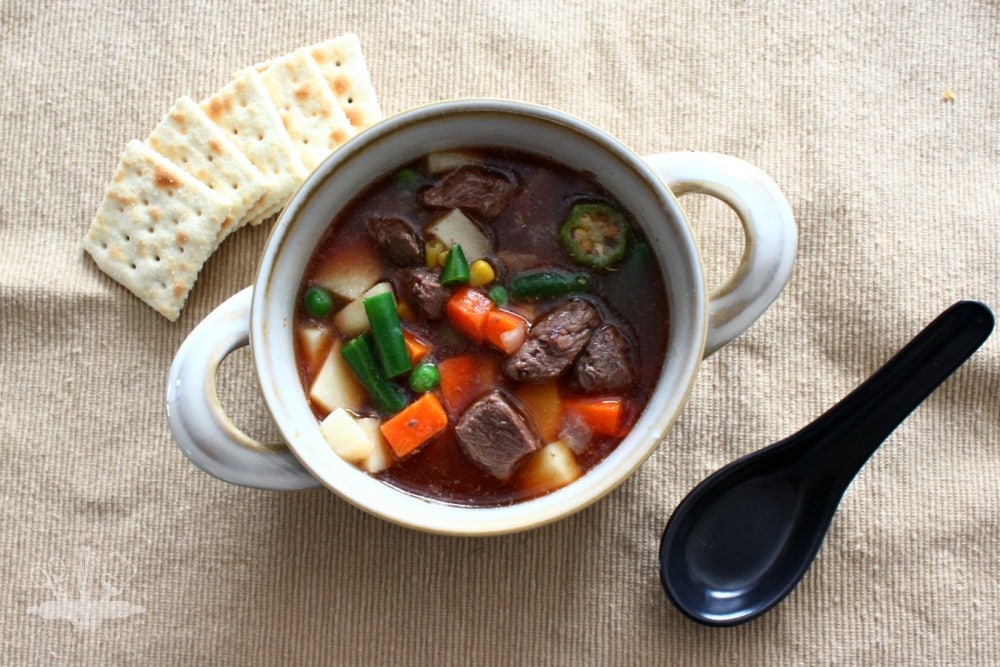 I love eating soups in the Winter time. Unfortunately for me, we haven’t seen much of “Winter” here in South Texas. With most of our daily highs in the 70’s-80’s, it hasn’t exactly been the type of weather that begs for warm soups. But, that hasn’t stopped me when it comes to this Healthy Vegetable Beef Soup. 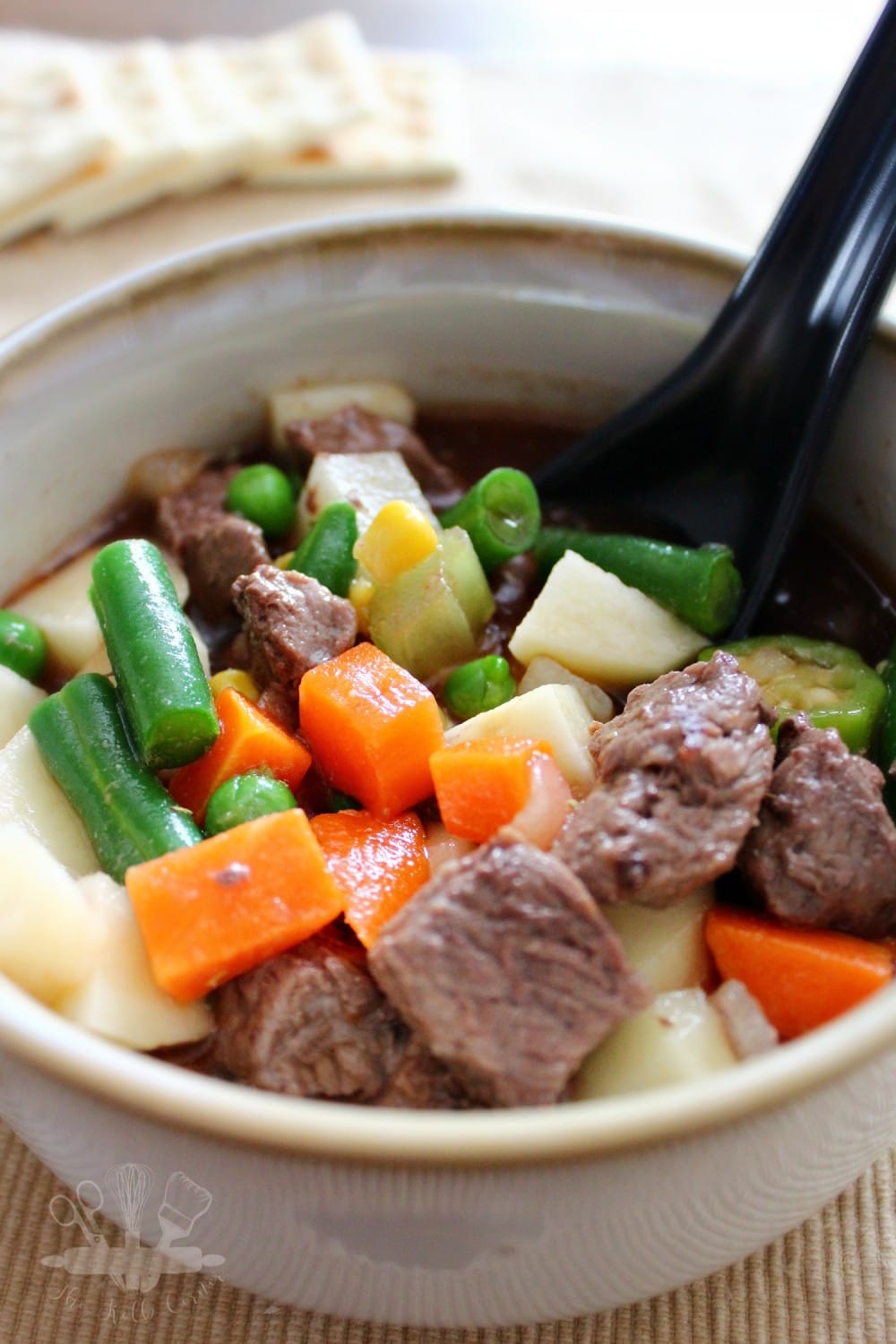 Since January 1st, I’ve made this soup 3 times! My husband loves it and the leftovers never last long. It pairs well with homemade crusty bread, or just plain ol’ Saltine crackers. Plus, it’s not packed full of sodium or fat! 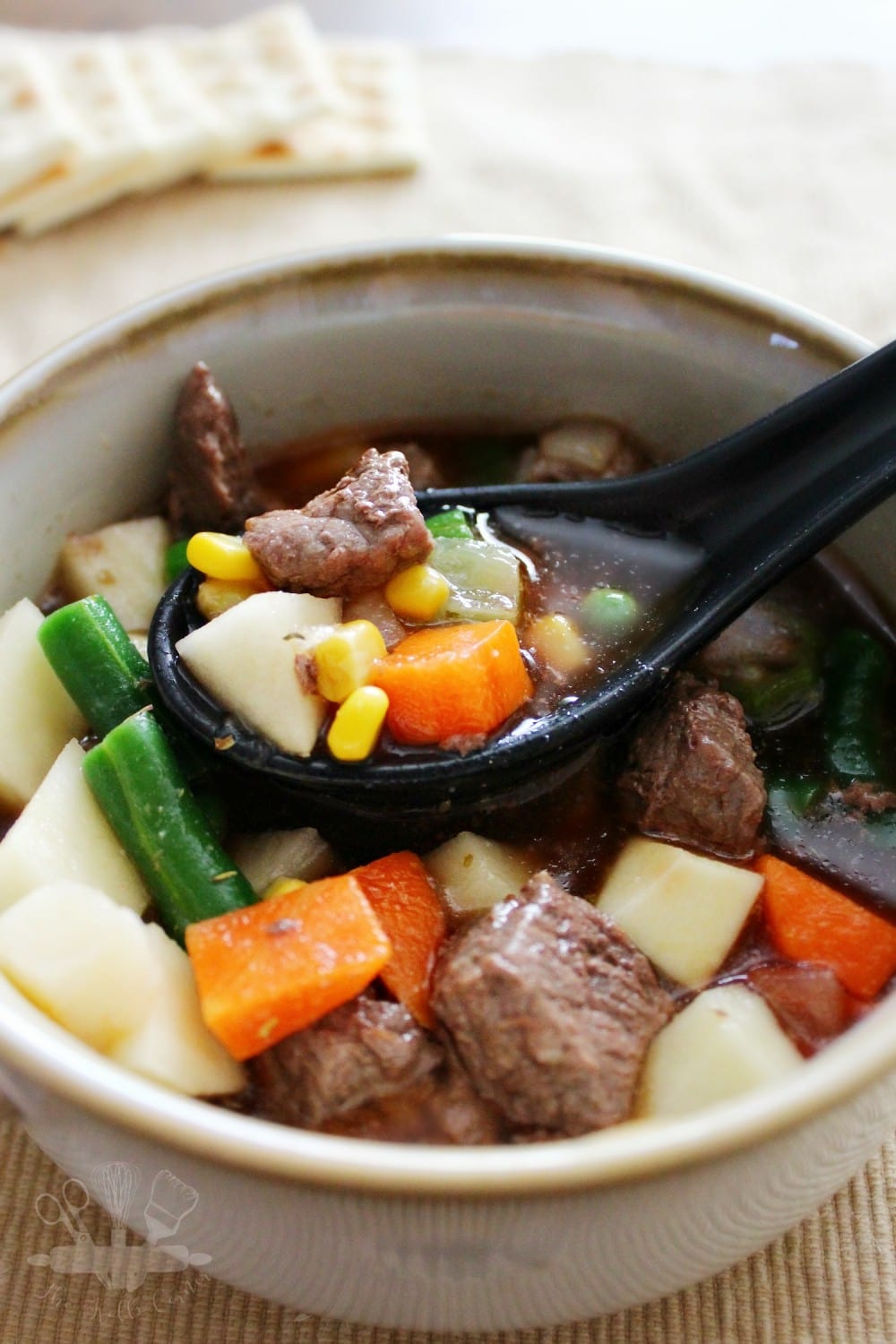 Most recipes I’ve come across for vegetable beef soup have called for a packet of French onion soup mix. Now there is absolutely nothing wrong with making it that way, but my husband and I like to avoid excess sodium and processed foods. So instead of going the traditional route, I’ve been playing around with my own healthier version of vegetable beef soup. 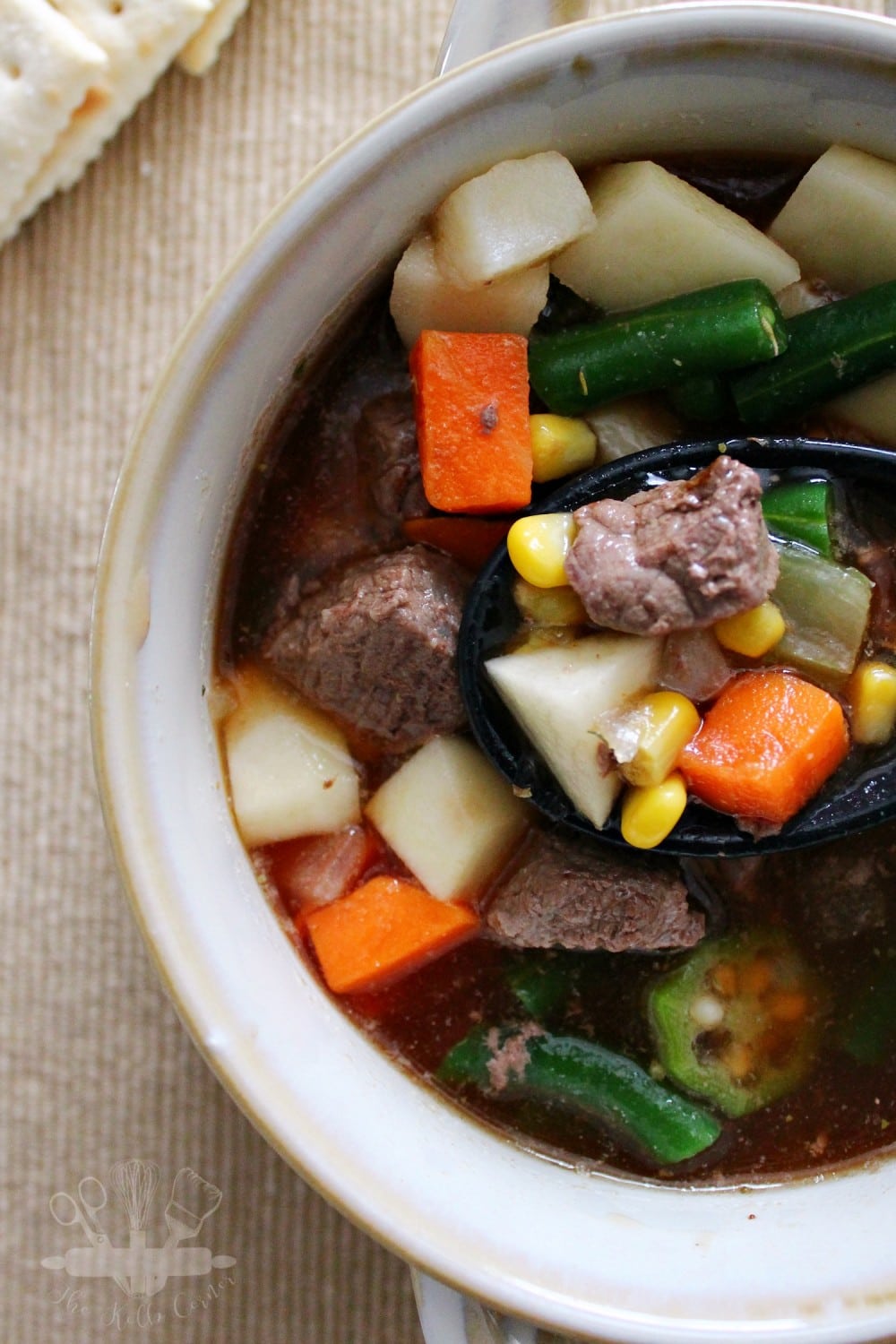 I’ve told you in the past how I have texture issues, and for me tomatoes are the number one culprit. I love the taste of tomatoes, but I absolutely cannot stand having chunks of tomatoes in my food. That’s why in this recipe I used a can of tomato sauce rather than diced tomatoes. Feel free to substitute if you are into gross things like chunks of tomatoes.

Check out some of my other favorite soup recipes: 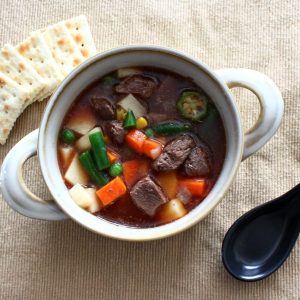 ***Recipe can be adapted for a slow cooker. Follow the first step of browning the beef, then add beef and ingredients to the pot of a slow cooker. Cover and cook on low for 7-8 hours. Adapted from Better Homes and Garden Cookbook
« Meal Plan Monday 2/15
Washi Tape Bookmarks »

One photo may be used to feature a project or recipe from Domestically Creative, as long as clear and specific credit is given and a link back to the original content is provided. Photos used on this site are subject to copyright laws. Republishing recipes, tutorials or any blog posts is prohibited unless express written consent is given.
This site uses cookies to enhance your user experience. By continuing to visit this site, you agree to our use of cookies.
470shares