My husband and I were so excited for these ribs I made in the slow cooker tonight–the smell in the house was AMAZING!  And the best part is, they were SO easy to make and the meat literally falls off the bone!  We don’t usually eat pork often, but since we got a TON of meat for Christmas from my mom–which included some pork–we’ve been eating it more regularly.  Hey..I can’t complain about that!!

I’ve adapted this recipe from one I found a few years ago from a magazine.  I started with some spices like Cayenne, Garlic Powder, Salt, Pepper, Chilli Powder and Paprika and rubbed it on one side of the ribs.  You could do this over the entire package of ribs, but I was feeling extra lazy 😉  I must warn you, the amount of Cayenne Pepper I use is probably more than the average person uses.  What can I say..we like it HOT! 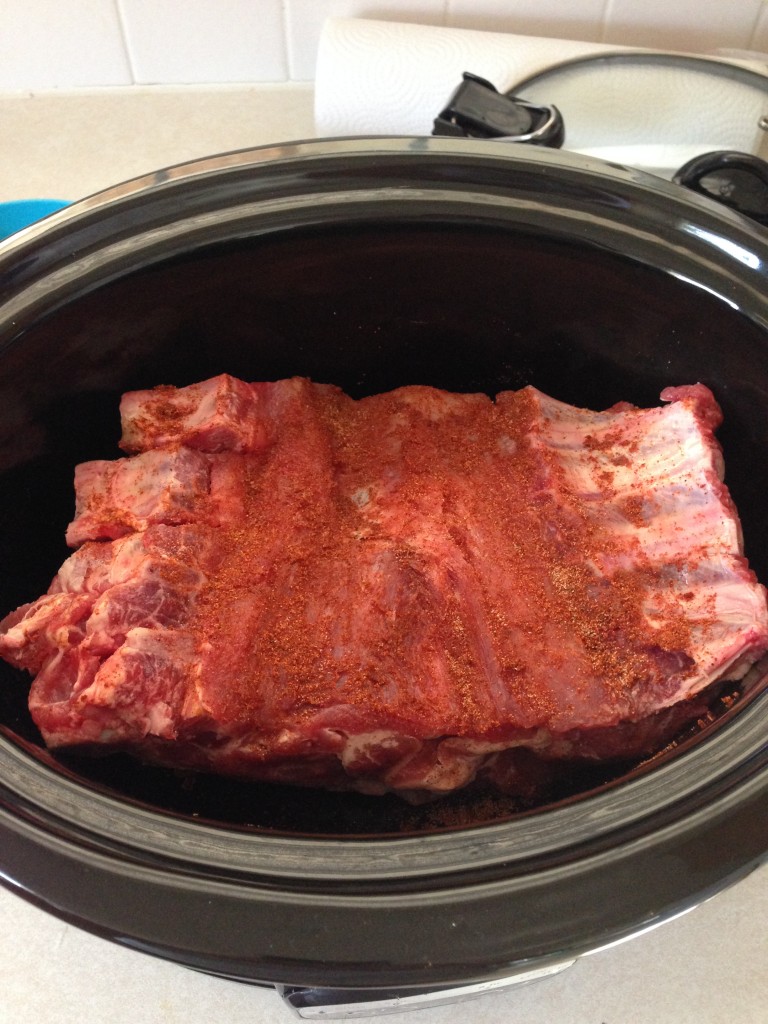 To combat some of the heat from the Cayenne, I threw in some brown sugar.  Usually I would use 1/4 cup, but I only had about 2 tbsps left until I get to the store again.  The purpose of the brown sugar is to make the ribs have that sweet and spicy taste, not to mention the sugar kind of carmalizes while it cooks.  I think brown sugar also give it the more “southern” barbeque ribs taste. 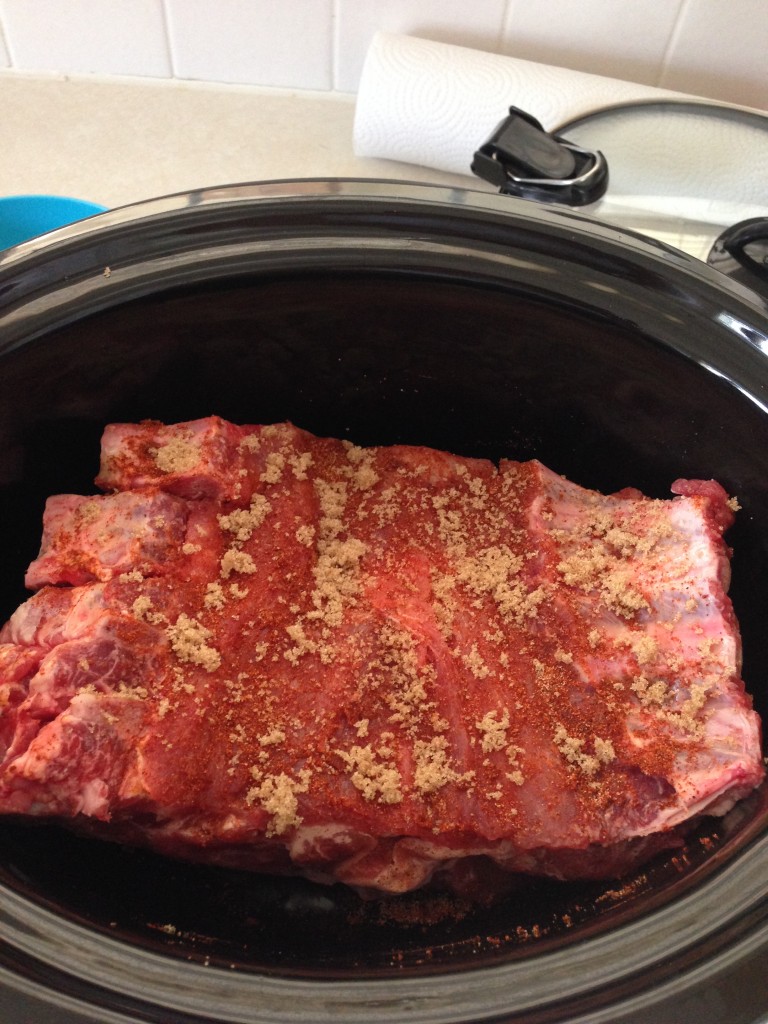 Next I mixed up some orange juice, Worcestershire Sauce, and BBQ sauce and threw that in on top of the meat for it to marinade in while it cooks.  I will warn you though, there will be some extra liquid left over in the pot, but having that marinade helps make the meat extra tender. 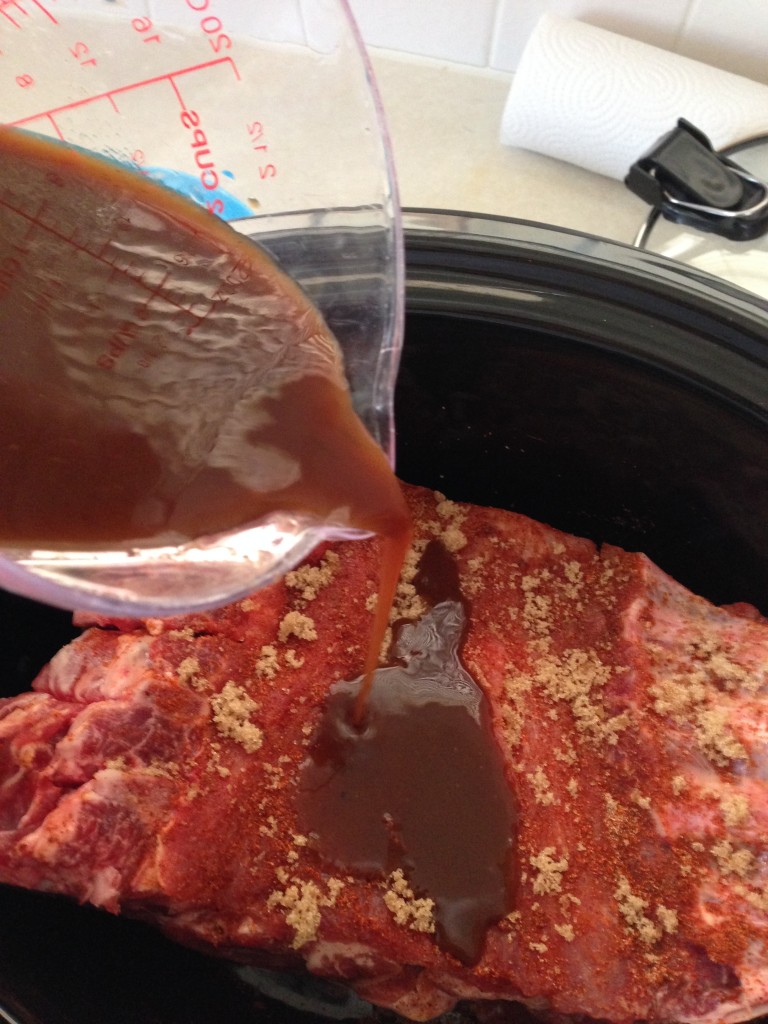 Once you’ve poured the liquid over the meat, cook it on low for 8 hours and your done!  See how easy that was?  I don’t know about you guys, but if you tell me something is EASY, can be cooked in the CROCK POT, and tastes AMAZING you’ve got me sold 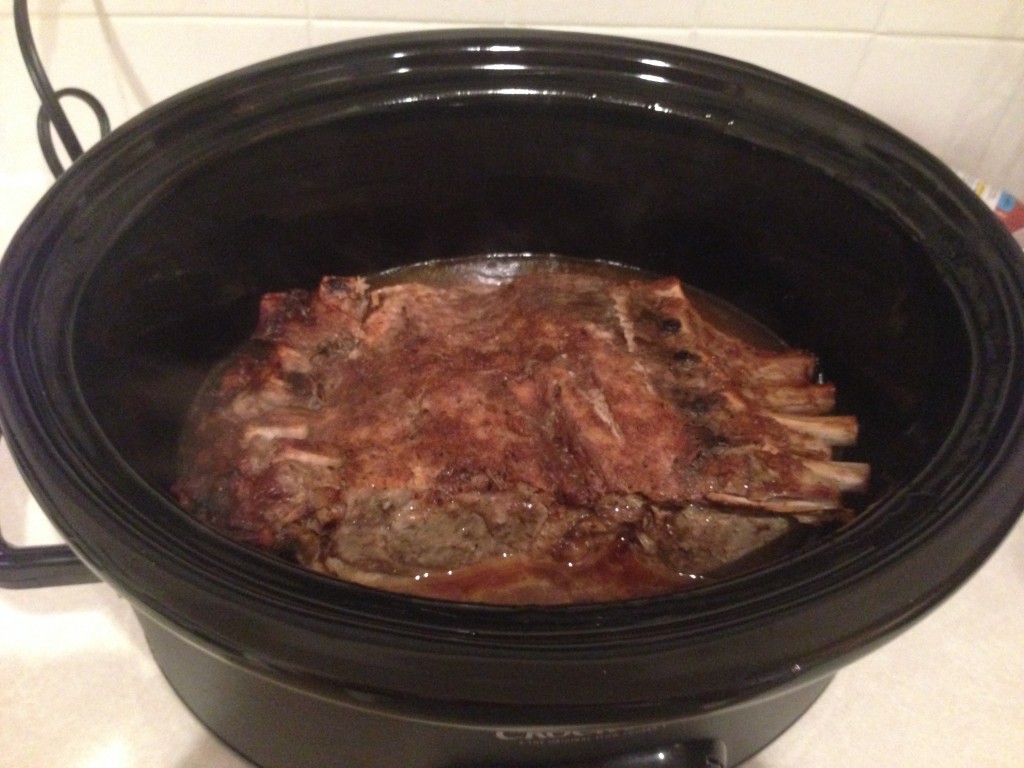 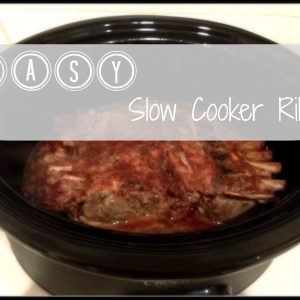 ***For Freezer meal, combine everything minus Orange Juice in a large ziploc freezer bag. When ready to cook, thaw completely and pour ingredients into Crock Pot. Add orange juice and cook according to directions above.
Previous Post: « Homemade Chicken Broth–in the Crock Pot
Next Post: How to Grow Vegetables from Seed »